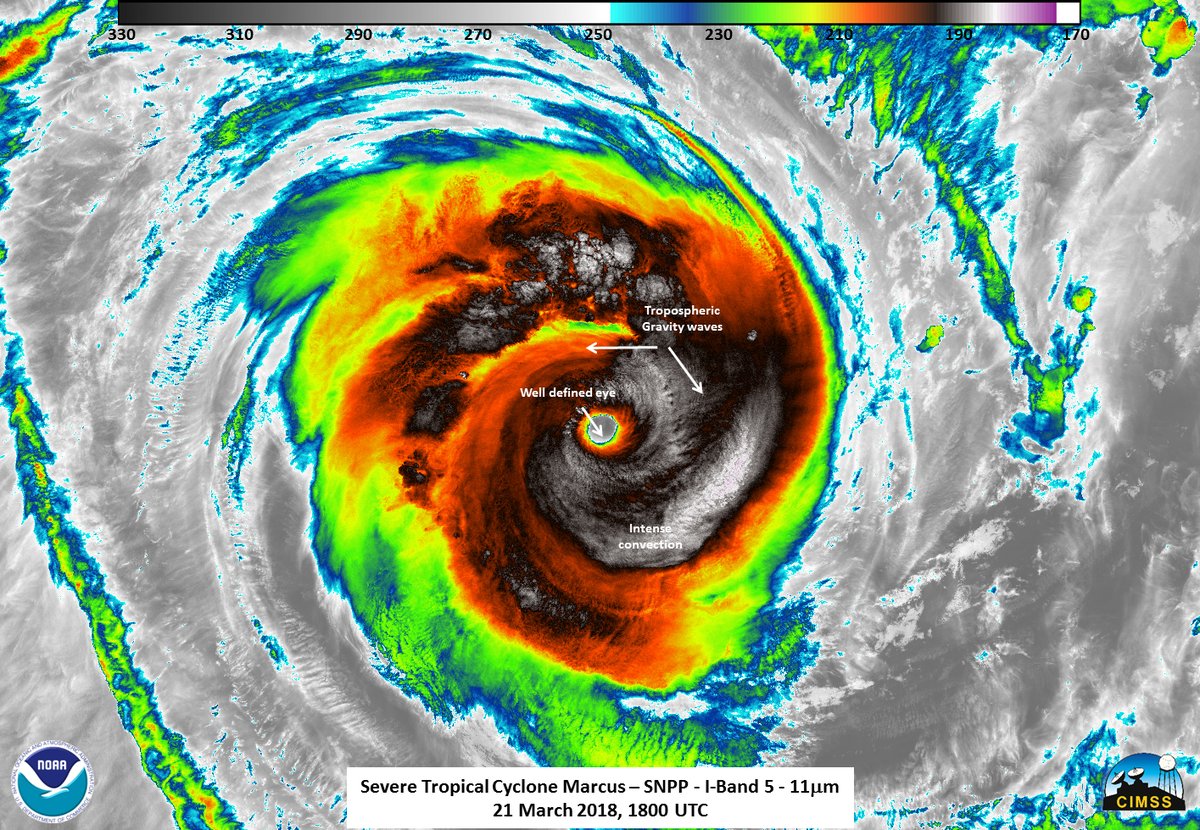 Posted at 13:44h in Weather News by Thomas 0 Comments
0 Likes

Published 25th April 2018. Well the 2017-18 Tropical Cyclone Season has officially come to an end across the Australian area of responsibility with numbers eventually nearing the expectations set out back in October ahead of the season. Above image Cyclone Marcus at maximum intensity.

The prediction issued back in October 2017, was for a near normal number of tropical cyclones across Australian waters during the 2017-18 season, to be precise it was a prediction of 11. For the 2017-18 season we saw 10 tropical cyclones across our waters with the bulk of activity occurring over the Indian Ocean before a late by underwhelming burst occurred in March over the Coral Sea. Overall we had expectations of up to 5 severe tropical cyclone which exceeded the reality of 2 which occurred while a total of 5 landfalls were expected when in reality, 6 occurred.

The Indian Ocean was favoured for the season due to abnormally warmer temperatures along with an active MJO and Monsoon Phase occurring over the region for extensive periods of time. Ridging patterns also favoured any systems in the North moving South West and towards the WA region. There were several low’s trying to spin up over the Coral Sea, but the main hindering factor was increased vertical wind shear which didn’t allow the convection to develop for these low’s to transition into cyclones. The below-expected number of severe cyclones is largely due to where the systems developed. Most systems were developing over the Arafura Sea and near the WA Kimberley Coast which meant land interaction halted the intensification process. 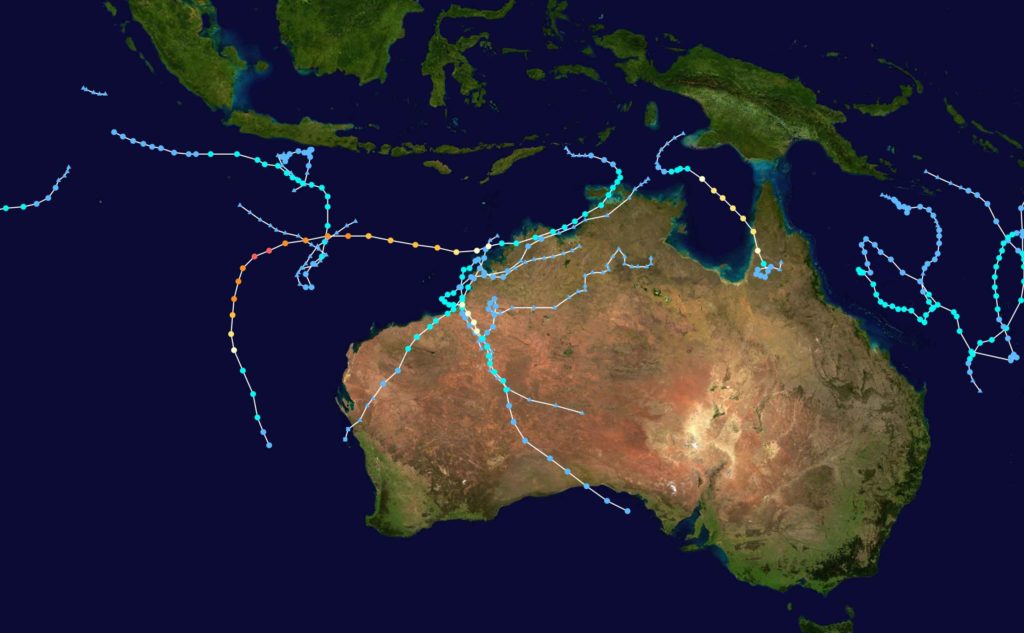 So how did the season pan out?

It was an early burst of activity which got the season going as 2 tropical cyclones (Cempaka and Dahlia) developed near Indonesia and ventured “just” into our waters. The 2 systems failed to become much as they intertwined with each other and left Dahlia as the dominant system. There was a lull then until just after Christmas when Cyclone Hilda developed into a Category 2 system and made landfall South of Broome at Anna Plains on December 28. The New Year started quickly with Cyclone Irving developing in the Indian Ocean and impacting nobody, before Cyclone Joyce developed briefly off the WA Coast and made landfall over the Northern Pilbara. 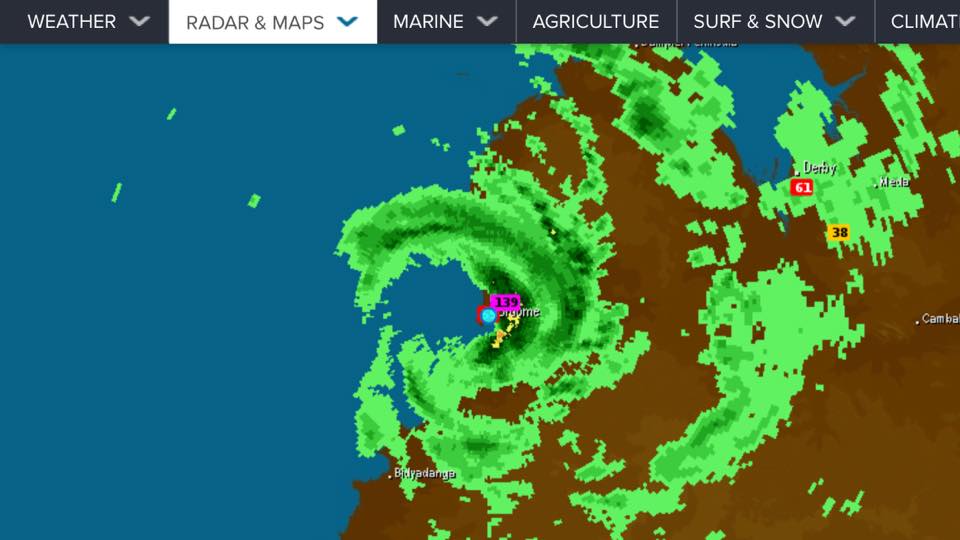 It wasn’t until almost 6 weeks later that the cyclone season resumed as Cyclone Kelvin developed as a tropical low North of the NT and tracked South West where it became a named system before making landfall South of Broome again. It took until Mid March for QLD to see its first activity as Linda developed over the Coral Sea and tracked South.. at the same time, the strongest system of the system Marcus was causing havoc as he made landfall over Darwin as a Category 2 and then bombed into a strong Category 5 system over the Indian Ocean and reached strong enough parameters to be in the top 10 strongest cyclones of all time in Australian waters. While Marcus was doing his thing, Nora developed in the Gulf of Carpentaria and made a bee-line for the QLD Peninsula where she made landfall as a Category 3 system. Then how could we forget the final system… Iris. The system that circumnavigated the Coral Sea over the course of a 3 week (21 or 22 day) stretch and ended up impacting basically nobody. 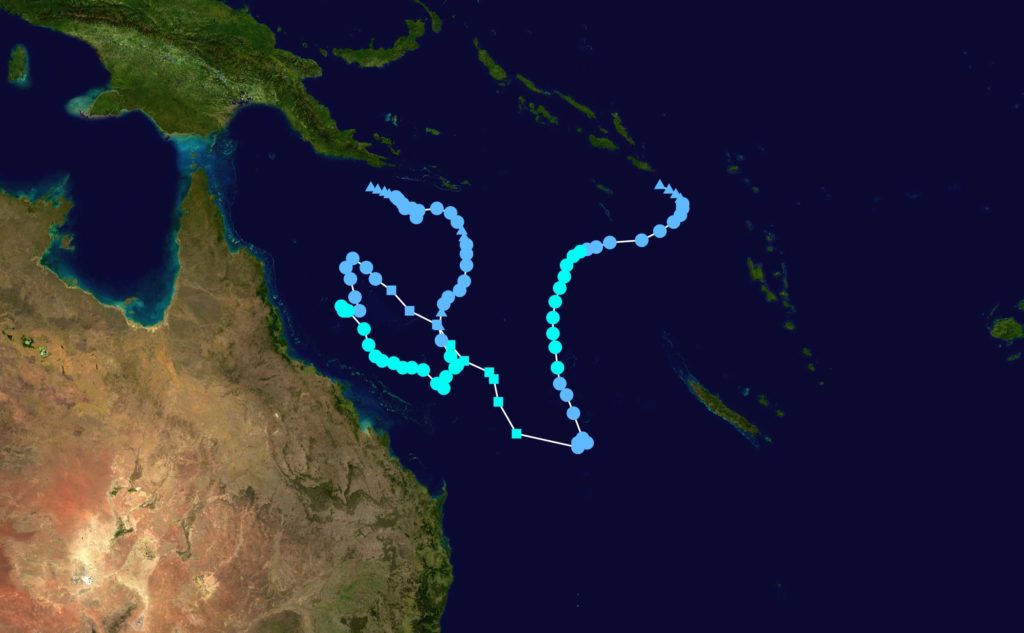 A further 13 tropical low’s developed which didn’t reach cyclone thresholds. The most notable was Tropical Low 11U which meandered around the Northern WA region for quite a while, delivering near record-breaking rainfall cross the Broome region. A combination of some transient lows and tropical lows also produced heavy rainfall across February and March though Tropical North QLD with some places recording more than 3000mm in the space of 6 weeks.

Thankfully despite a near-normal season, the damage and death toll was minimal. Nobody died in Australia (41 deaths occurred from Cempaka over the Java region however) with only $42M in damage ($26M from Macus and $16M from Kelvin).

While we cant rule out an out of season May tropical cyclone given how warm the sea surface temperatures still are across the region, the official end to the season itself has come. 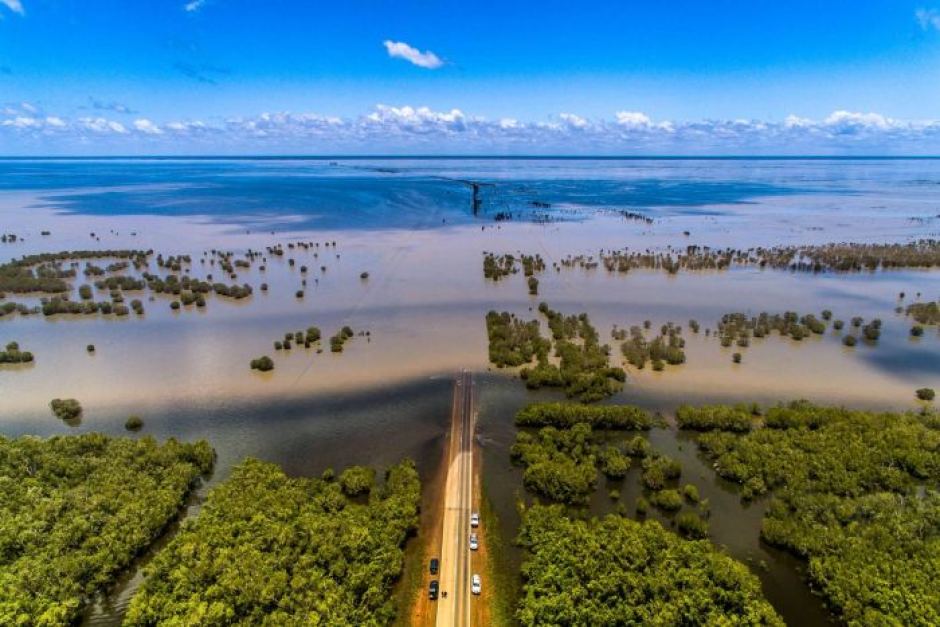 Severe flooding across Roebuck Plains, WA captured by Luke Glassington after more than 600mm in 4 days fell over the region