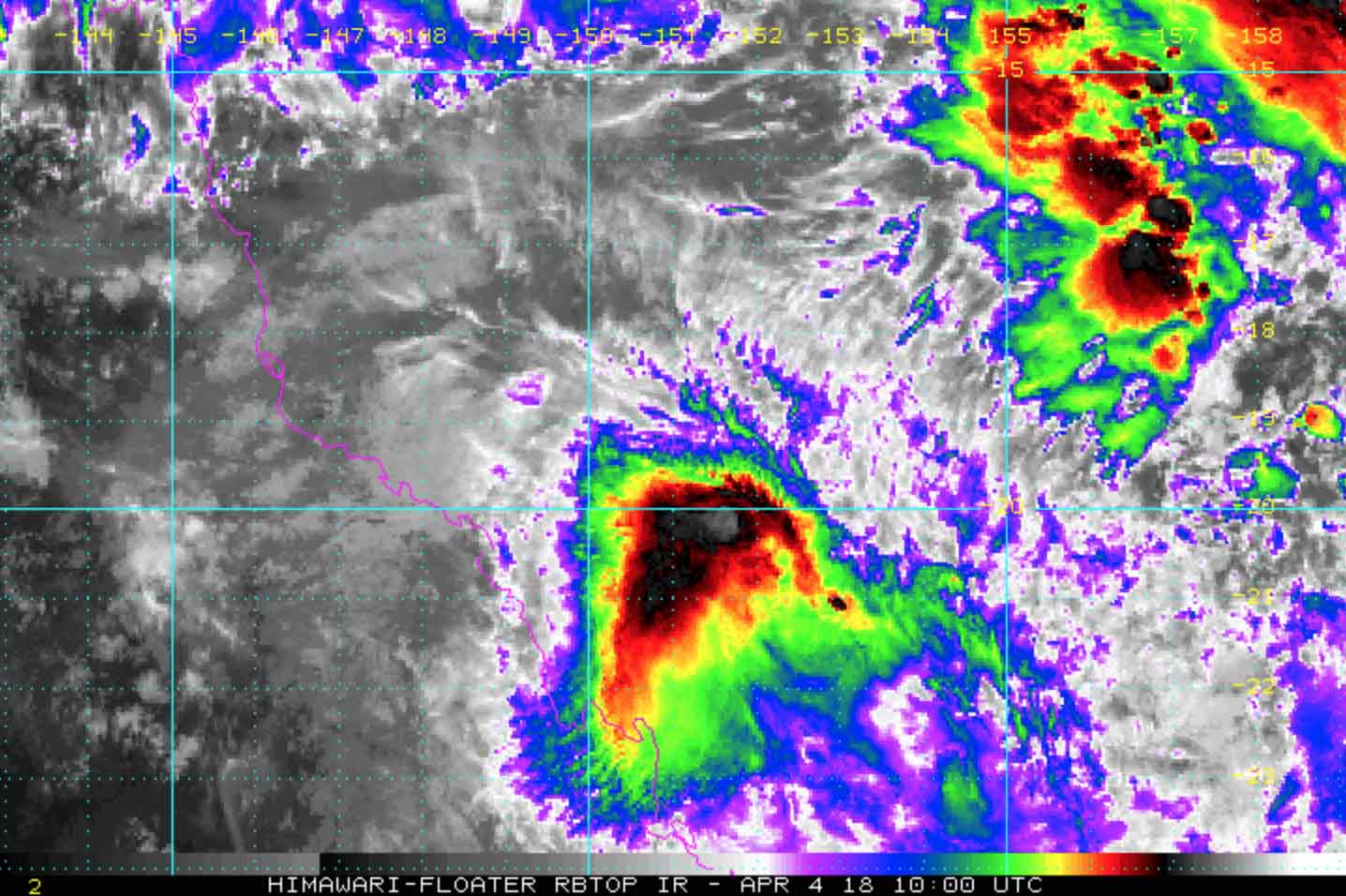 Cyclone Iris (Category 1) is now on her last legs as a tropical cyclone has she begins to turn back towards the North West off the Central QLD Coast. Above image via NOAA

Over the past 6 hours or so, Iris has maintained a general South East movement, however its starting to veer more towards the East South East now. That along with a decrease in forward momentum has meant Iris is beginning the turn. This turn will mean Iris will remain positioned over the Central Coast and South East of the Whitsundays for the next 12-18 hours by the looks of things. During this time, Iris will likely drop below cyclone strength due to a remarkable increase in vertical wind shear along with an increase in dry air intruding which will complete the process of tearing apart. This weakening so far, along with her positioning has resulted in just isolated to scattered showers over the Central Coast where less than 10mm has been recorded across all areas except Cannonvale since 9am this morning, while wind gusts have dropped below 60km/h across the Whitsundays. Creal Reef on the Great Barrier Reef has maintained 90km/h+ winds through the day with the system on top of the area. 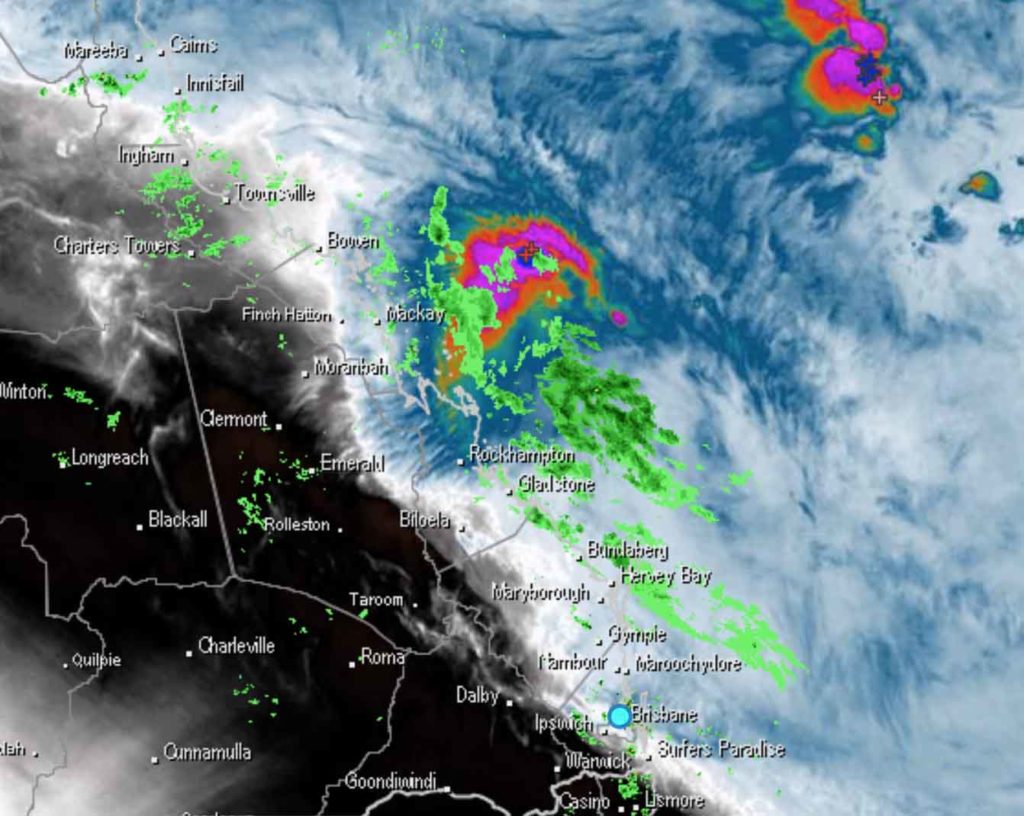 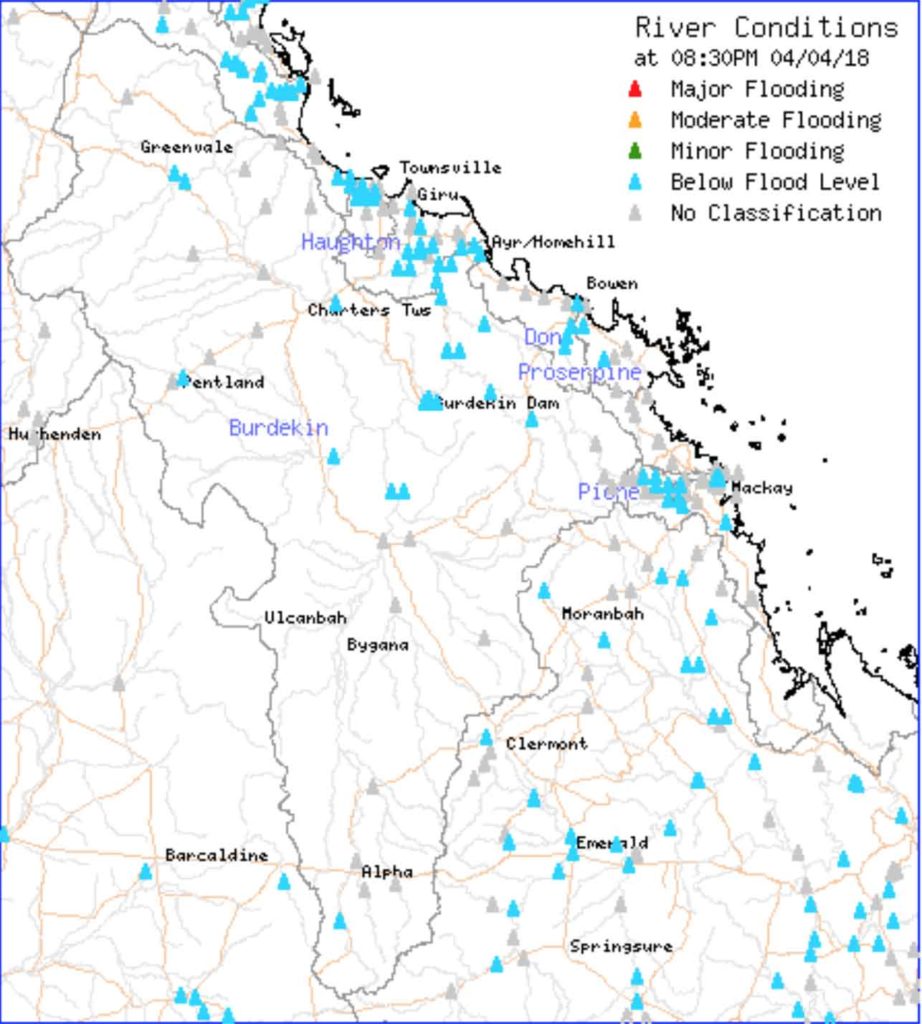 Iris will transition / weaken into a tropical low where she will become so weak that the deep onshore South East flow which is dominating the QLD Coast at the moment will become the dominant steering factor. This will push her towards the North West where she “may” cross the Coast as a weak tropical low… the “may” is in there because there is a chance that she will wash out before she reaches the Coast. Conditions should begin to improve over the Central Coast and Whitsundays from late Thursday onwards while there is no major threat expected anywhere else along the QLD Coast. 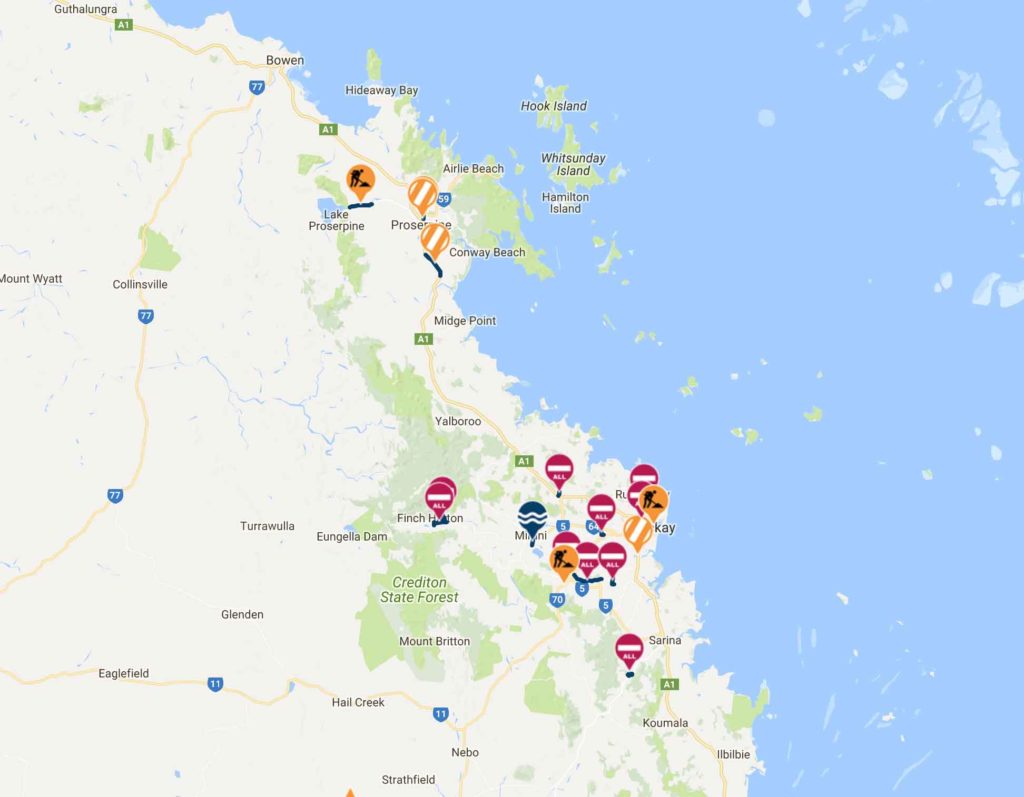