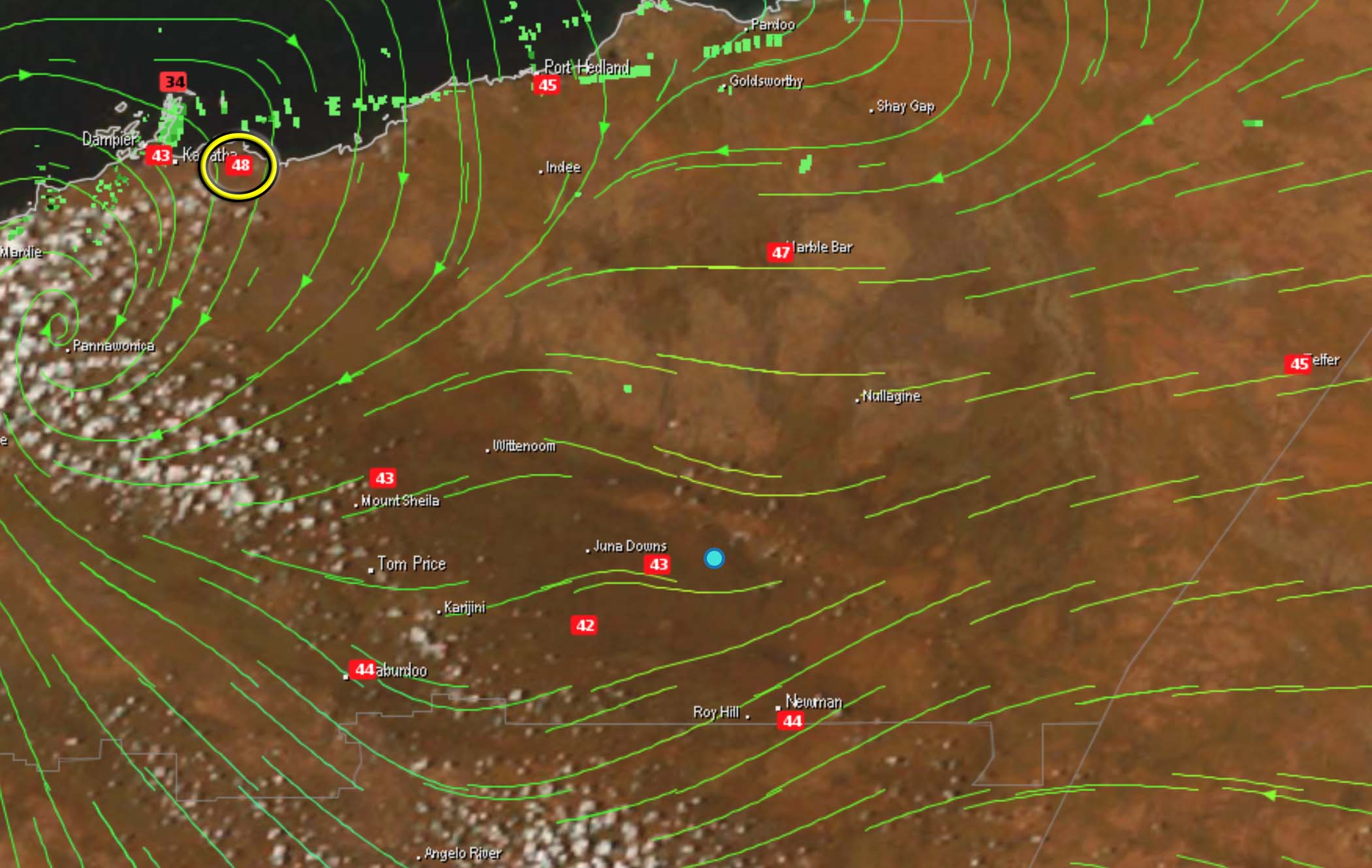 Posted at 19:56h in Weather News by Thomas 0 Comments
0 Likes

The Pilbara has copped some absolute furnace-like heat today with temperatures scorching to those normally experienced in the peak of Summer! This was all brought on by a surface trough located near the Pilbara Coast drawing in hot, dry, desert heat across the region for an extensive period of time which allowed temperatures to continuously scorch. Roebourne was the pick of the bunch though, breaking the Australian March Record of 47.8ºc set back in 2007 and 1998! Above image via Weatherzone, the yellow circle shows the 48ºc captured at Roebourne during the afternoon.

Official Australian Records showing the maximum record for March across the Country being 47.8ºc. Note: all top 10 temperatures held by WA