Blast Furnace Heat To Send SA Into The Record Books!

Home/Forecast/Blast Furnace Heat To Send SA Into The Record Books!
Previous Next

Blast Furnace Heat To Send SA Into The Record Books!

After the hottest night in a few years, South Australia is in for a rude shock today as a blast furnace gets opened up over the entire State – baking most areas in more than 45ºc heat and potentially smashing several records!

Its been a very long time since we’ve seen a day like today across South Australia. Black Saturday comes to mind when you think of this kind of heat, and the 1939 heat storm which was the initiator of several records that still stand in South Australia today also comes to mind. A trough is expected to draw in very hot and dry North Westerly winds right across the entire State today leading to conditions that would basically resemble a blast furnace inferno being opened up.

While some people may think this is just Summer.. its far from it. Adelaide is expected to break its 1939 46.1ºc record today, and the 45.7ºc record at Kent Town is more likely than not to be broken. Other areas across Northern SA are heading into the high 40’s and likely to also smash records. Several towns like Tarcoola, Oodnadatta, Port Augusta, Wudinna, Moomba, Kyancutta are heading for at least 48ºc, with some potentially reaching 49ºc or I dare say the half century milestone. If there was ever a day for 50ºc to officially be recorded, then this could be the day – not because of the high end heating, but the widespread high end heating OVER weather stations!

An extreme fire danger rating is in place for the Mount Lofty Ranges, Lower South East, Lower Eyre Peninsula and Kangaroo Island where the combination of 40-45ºc temperatures (some higher) will meet 50-70km/h (possibly stronger) later in the day as a change moves though. All districts apart from the North are under a total fire ban (and rightfully so!). 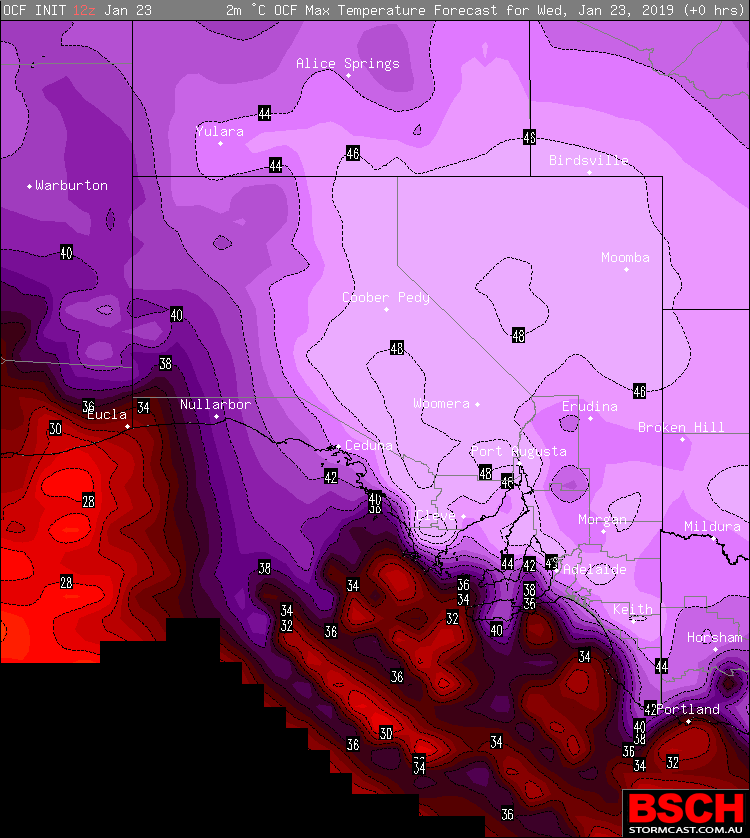 Its important to be smart today, even if you think you’ve seen it all before. This kind of heating will effect those who work outside and are fit. Pets, elderly people, pregnant women are all highly susceptible to heatstroke and heat stress on a day like today. Fit younger people who work in the sun and heat, are still at a high risk. Drink plenty of WATER, stay in the shade for as much as you can – if not in the air con would be smarter. Don’t dare leave any pets or children in cars – if someone does that, please break the car windows and get the child or pet out immediately then call police ASAP! Avoid strenuous exercise during the peak heating of the day if possible… if thats not possible, then wear light clothes, take regular breaks and remember to drink plenty of water! 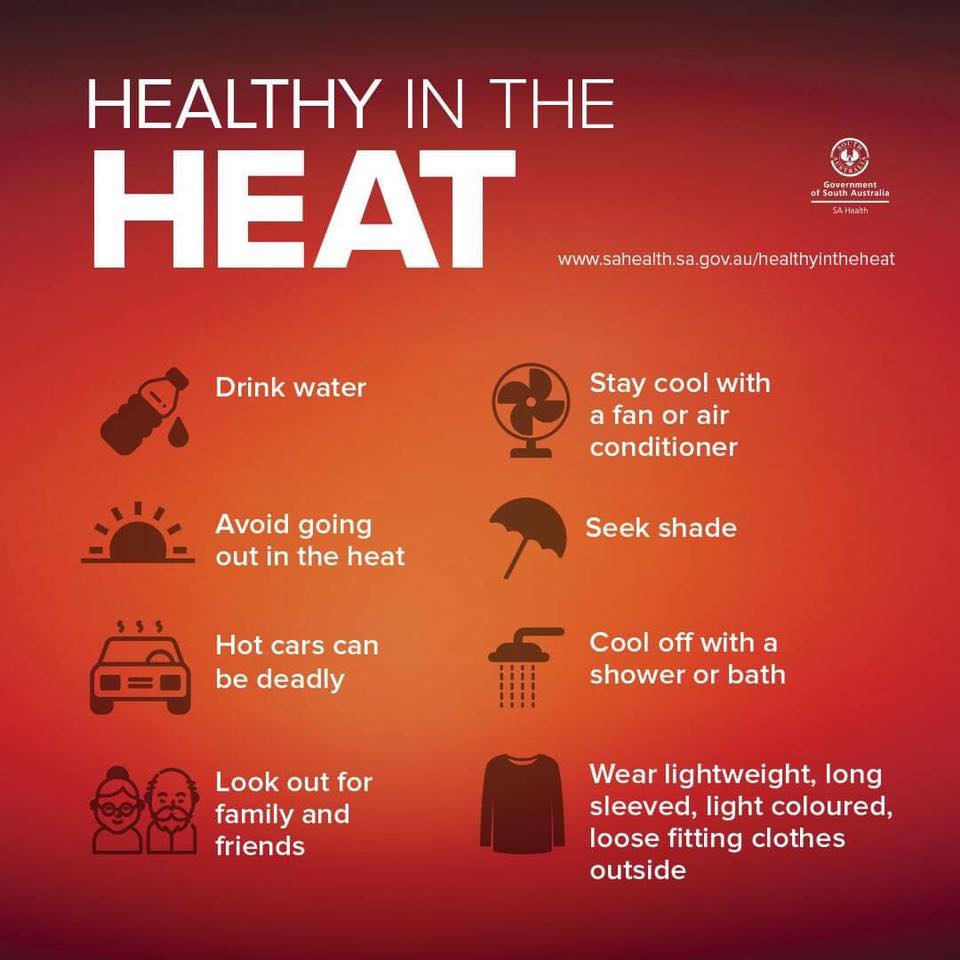 Message from the SA Government