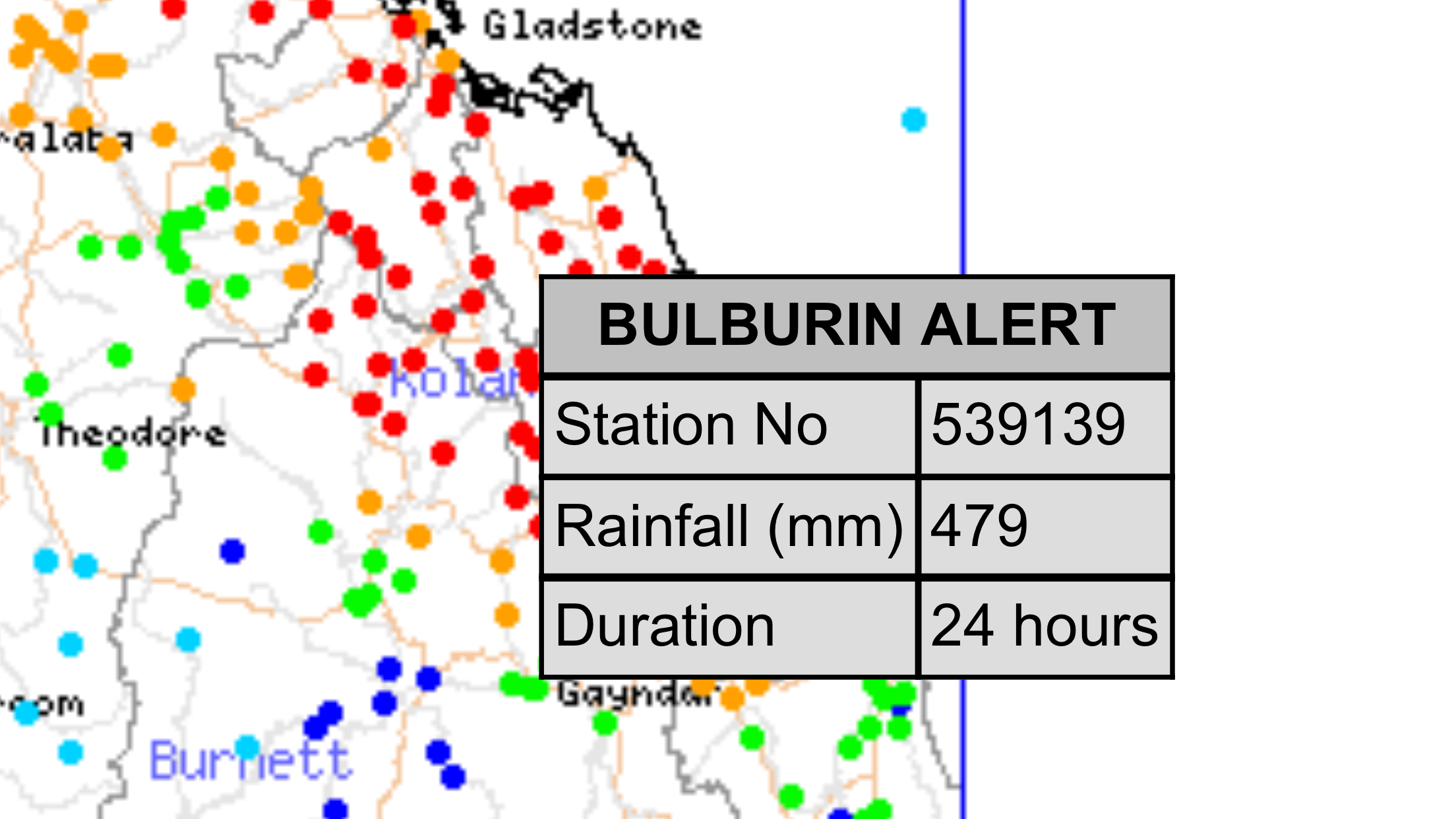 Posted at 16:40h in Weather News by Thomas 0 Comments
0 Likes

Central QLD (mostly across the Capricornia) has seen some of the most significant October rain in living memory after a 48hr deluge smashed records! Above image via BOM

SUMMARY: Showers and isolated storms across Sunday (October 16th) produce reasonable falls across the region (the region for this blog being Mackay / Bowen to Hervey Bay). The heaviest falls came from around Bundaberg where some partially stationary activity produced more than 100mm. During Monday and Tuesday, the heavens let loose, with moderate to heavy rain areas lashing the majority of the Bundaberg to Yeppoon region.. it started between Gladstone and Bundaberg where heavy falls and stationary storms produced phenomenal amounts of rain, this then slowly moved into Gladstone in the early hours of Tuesday and Rockhampton / Yeppoon during Tuesday whilst still lashing the Miriam Vale, 1770 region. Several stationary storms were identified, and these produced record breaking phenomenal amounts of rainfall across the region. 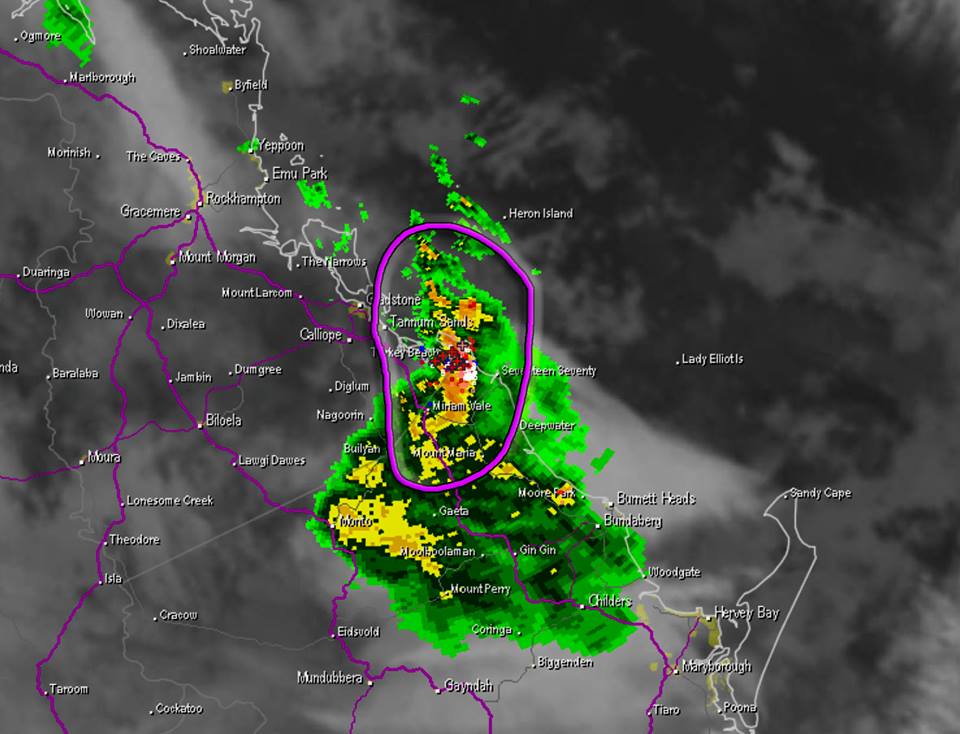 Very dangerous thunderstorm over Turkey Beach and extending towards Miriam Vale. Warning at the time issued by BOM for extremely heavy rainfall. Local reports came in after of 350mm in 6hrs at Turkey Beach. Image via Weatherzone

Out of the 5 that recorded more than 500mm across the rain event… Bulburin topped all of them with an incredibly 743mm, Makowata not so closely followed with 644mm, Miriam Vale 549mm, Westwood Range 542mm and Springfield 505mm. Its worth noting that SEVERAL unofficial reports of more 600-750mm around Miriam Vale were sent into the page and into local Facebook groups. 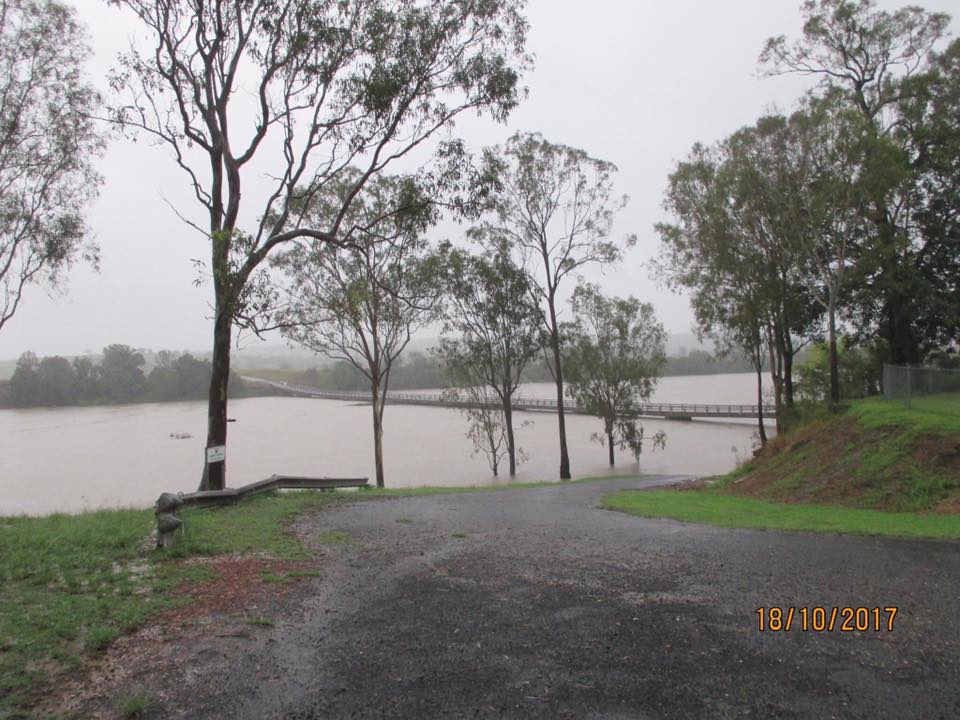 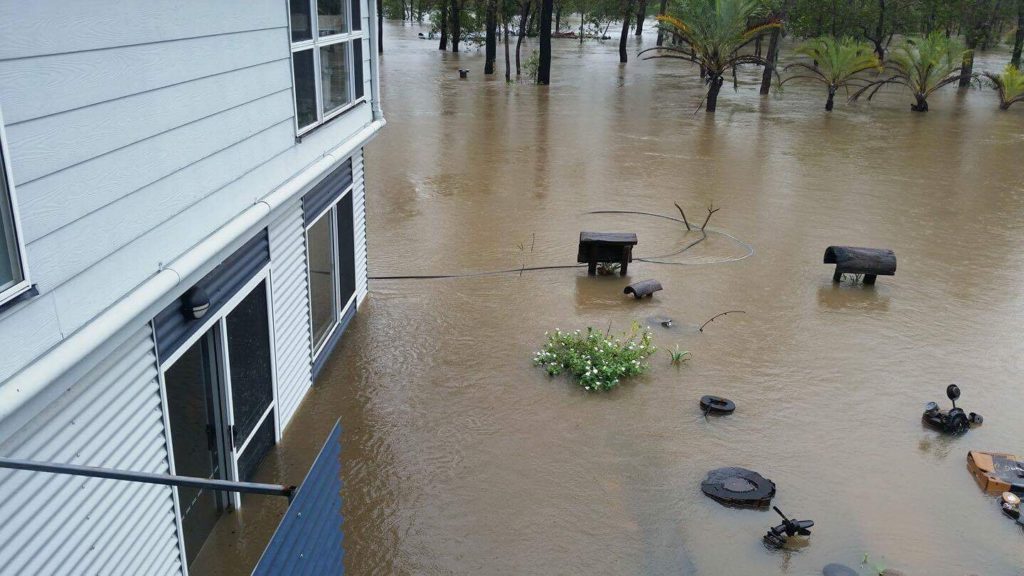 Inundation caused by flooding at Mount Maria, near Baffle Creek via Sonja and Chris Cooper Granted, the Bureau of Meteorology is analysing the data out of Makowata and Bulburin to 100% undoubtedly confirm the extreme rainfall totals (this is just a precaution and happens all of the time). However, if these totals were to stand. Bulburin will have the 2nd highest October daily rainfall in history for Australia (behind Pacific Heights, QLD in 1914 – 551mm). Makowata (389mm) will have the 8th highest for QLD in history and just outside the top 10 for Australia.

The phenomenal rainfall broke numerous records across the region, which isn’t that surprising. It also lead Bundaberg to recording its 3rd 100mm day and the heaviest rainfall for the month – both since January 2013. Its also a record breaking month for Bundaberg, almost doubling the previous record! The rainfall also lead to significant flooding, with many rivers and creeks around the Kolan River, Baffle Creek and Lake Monduran. People were evacuated due to the flooding around Baffle Creek as levels neared record breaking proportions. Thankfully the flooding has since subsided back to minor flood levels and continuing to ease. 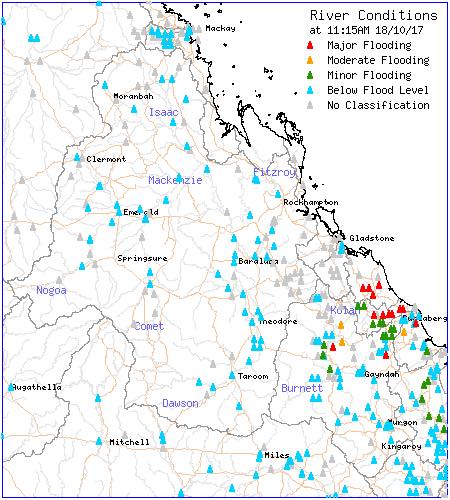 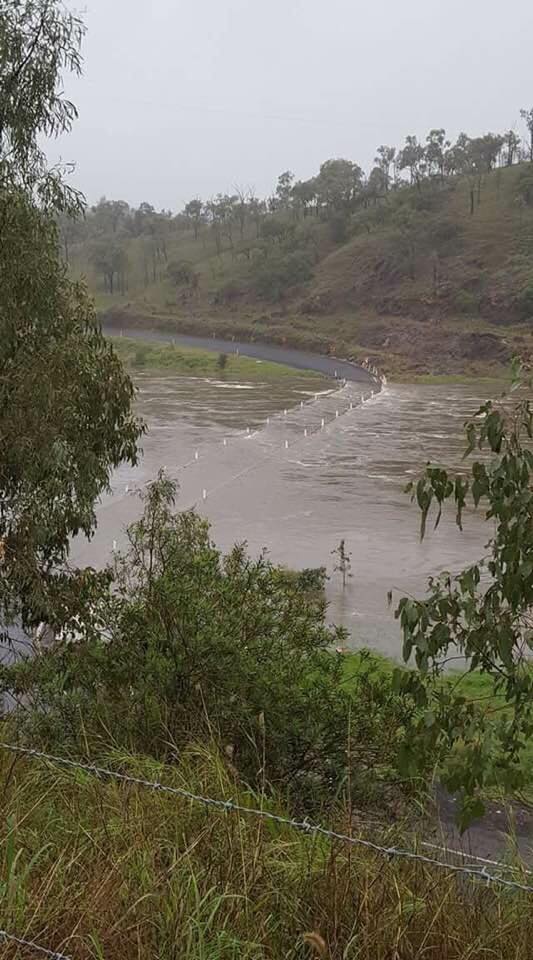 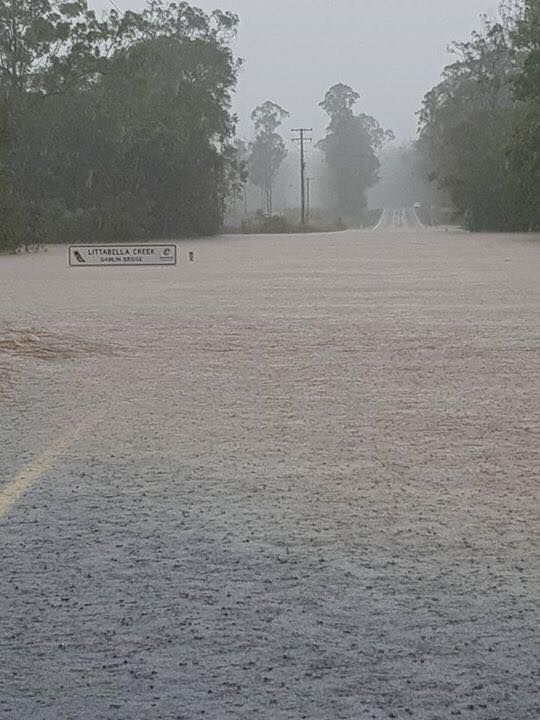