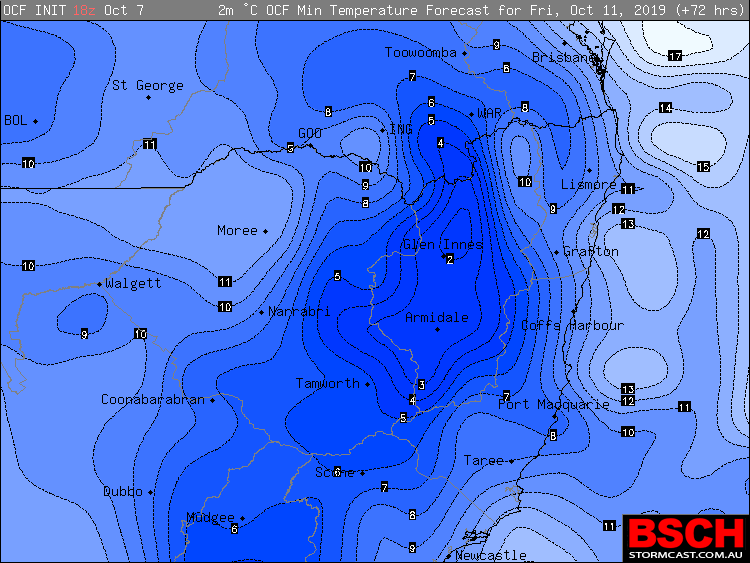 It might seem weird, but this is October for you – the best of both worlds with cold and hot and not much in between. West to South West winds are expected to dominate Northern Inland and Interior parts of NENSW during the next week, and these same winds are expected over Southern QLD and Interior parts of SEQLD. What this means is that clear-ish skies and winds coming off the snow capped Alpine areas along with some cooler air aloft will make the perfect ingredients for temperatures to plummet overnight across the aforementioned regions.

Frost will also be possible across the Northern Tablelands and Granite Belt – but this should only really apply to be most frost-prone areas given the time of year. Temperatures across these areas are expected to drop below 4ºc and raw data is indicating the below 0ºc is expected across the Northern Tablelands on Wednesday, Thursday and Monday morning’s which would make frost more likely – especially Monday morning after rain moistens the ground better prior to Monday. 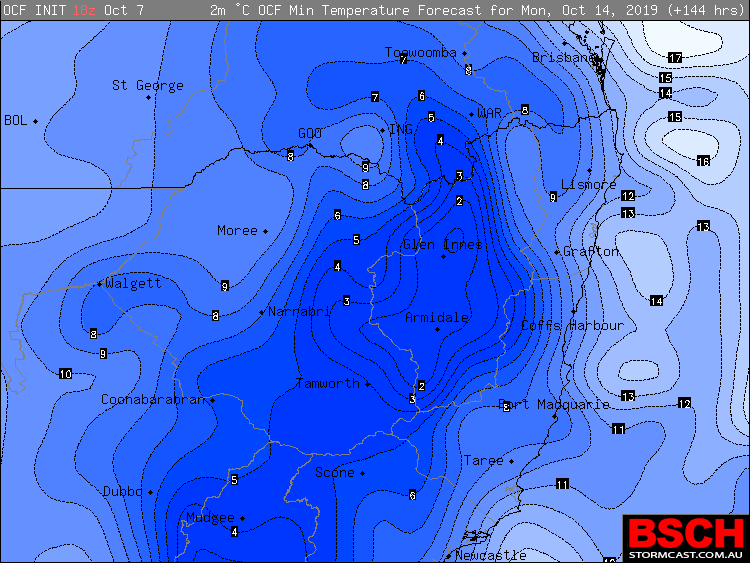 Daytime maximums are expected to struggle too with Friday and Saturday being the coldest due to showers, rain periods and storms dominating these areas (we will get to that soon enough). Guyra is going for just a maximum of 10ºc on Saturday, Armidale 13ºc, Glen Innes 14ºc, Stanthorpe 15ºc.

Coastal areas during this period may be subject to an onshore flow which will keep overnight temperatures in the double digits range, but daytime maximums will also suffer on Friday and Saturday in particular with Brisbane and Ipswich only getting to about 22ºc and parts ofd SEQLD may struggle to reach 20ºc as well with rain and storms keeping temperatures below 20ºc for most of the day. These kinds of temperatures are the flip of what we’ve just experienced, with temperatures up to 8ºc below average. 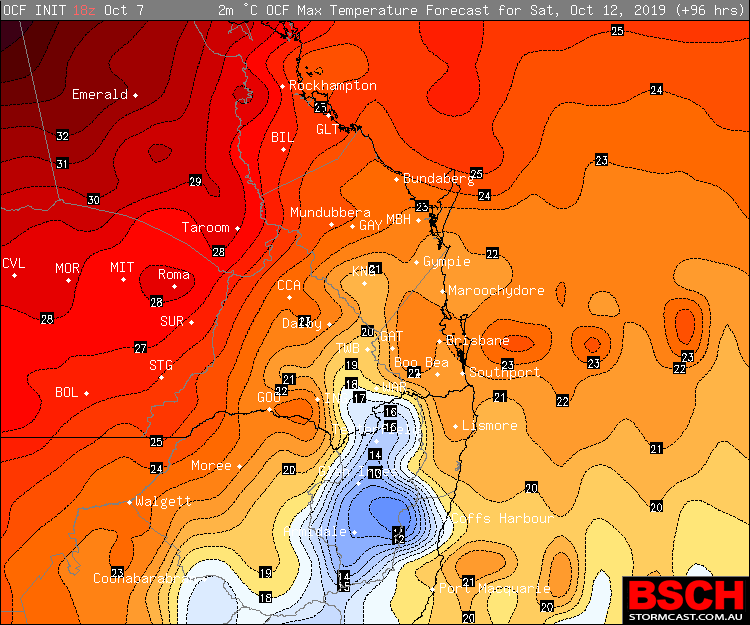