Issued on the 2nd October 2017 for cyclone season starting the 1st of November 2017 ending 30th of April 2018.
***UPDATED: A La Nina watch is current. There is up to a 65% chance of La Nina developing during November & December. If La Nina develops it may increase the risk of Tropical Low & Tropical Cyclone activity across the Australia region from January to April.***

This year we are predicting a total of 11 cyclones to develop in the Australian region which is typically near average. Due to above average ocean sea surface temperatures surrounding most of Australia, there is a higher chance that more cyclones will become severe – Category 3 or higher. Almost 50% or 5 of the forecast 11 are expected to develop into a severe category 3+ system. This will pose a higher risk of damaging impacts to land areas in Australia with 5 cyclones predicted to cross the coast.
• Eastern region including the Coral Sea and Gulf of Carpentaria – 4 cyclones, 2 severe with 2 potentially crossing the Queensland coast.
• Northern region – 2 cyclones, 1 severe with 1 potentially crossing the NT coast.
• Western region – 5 cyclones, 2 severe with 2 potentially crossing the WA coast. 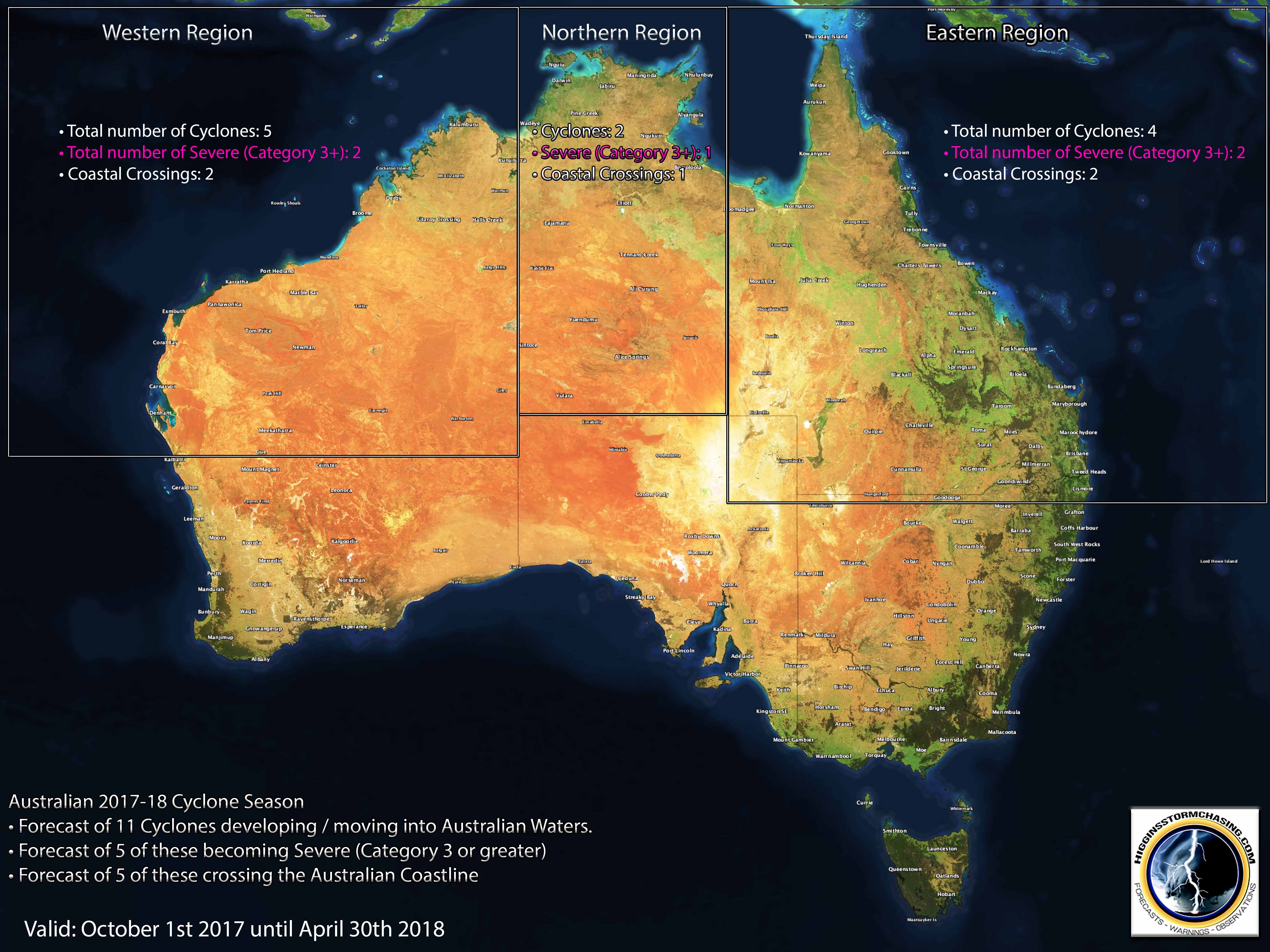