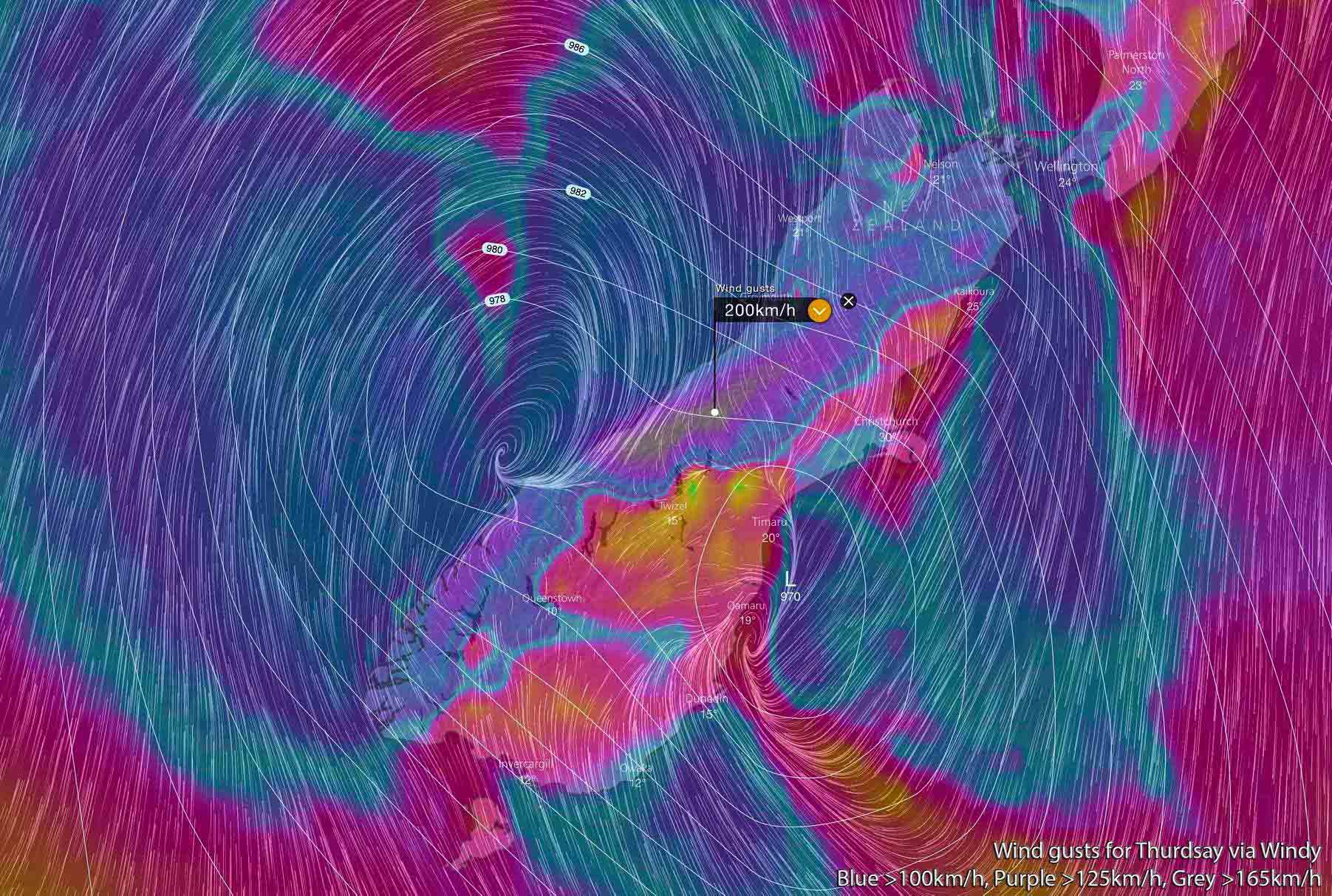 New Zealand is currently on the brink of experiencing one of the most damaging weather systems for rest of 2018 as a series of systems combines over the Country! Above image: Winds for Thursday via Windy

Tropical Cyclone Fehi (Category 1) is currently positioned SW of New Caledonia in the Eastern Coral Sea. The system is maintaining Category 1 strength as it tracks towards the South. While that may seem tame, the system is about to undergo a dramatic transformation. An upper level trough over Eastern Australia is forecast to combine with the systems it enters the Tasman Sea. This will transition the system from a typical warm-cored tropical cyclone into a less common cold-core sub-tropical cyclone. What that means is the system will rapidly intensify and grow in size!

Its during Thursday that the system will start to impact New Zealand as it crosses the South Island as an “equivalent” of a Category 2 or 3 cyclone-strength system. Models are in agreement that destructive to very destructive winds are likely to lash the South Island and in particular the Alpine region and West Coast with winds between 140 and 170km/h highly likely, higher peak gusts are possible too! On top of that, its likely the system will dump an excessive amount of rainfall with widespread falls of 100-200mm likely over the South Island and higher falls of 200-400mm over the Alps and West Coast. This will likely cause significant flash flooding in some areas along with creek and river flooding! To add to that, residents along the West Coast should be mindful for both the swell and storm surge… waves between 7 and 10m are likely to lash the West Coast with higher peak waves of up to 14m. This combined with high tides and a storm surge will likely cause inundations along the Coastal fringe. 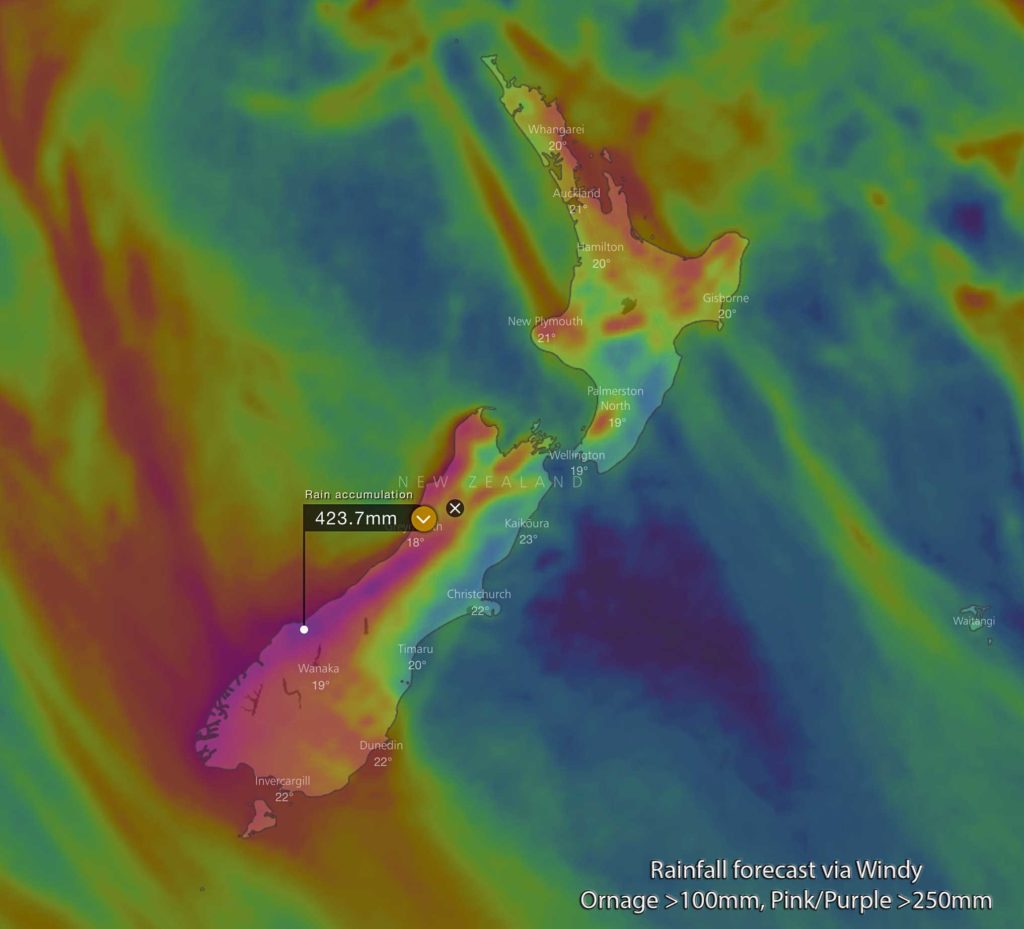 Once the system moves through by Friday, the South Island is then expected to be pummelled by snow over the weekend as freezing air from Antarctica is dragged up behind the system and interacts with increased moisture. Falls of 20-40cm are likely over the Alps with hail showers over the remainder of the South Island possible. Its actually going to be cold enough for frost too in the morning, if the wind can settle.

While the focus will be on the South Island for obvious reason, parts of the North Island are also expected to cop heavy rain and strong to damaging winds (mostly around Wellington / through the channel and over the West Coast).

Forecast snowfall via Windy for NZ over the weekend!