Monday and Tuesday are forecast to produce dangerous fire conditions across the South East quarter of QLD and North East NSW as a combination of strong winds, extreme heat, dry heat and the potential for dry lightning combine! Above image – maximums on Tuesday across SEQLD & NENSW via OCF / BSCH.

Monday is expected to pose a significant increase in fire danger potential compared to that experienced over the weekend across SEQLD & NENSW. On Monday, maximums are expected to increase by 6-11ºc across both areas with peak temperatures into the low 40’s. These temperatures will combine with extremely low humidity (in the single digits) away from the Coast with models indicating that winds are likely to push up to around 30-50km/h in SEQLD and 40-60km/h possibly even up to 70km/h in NENSW. This will likely result in severe to locally extreme fire danger potential. 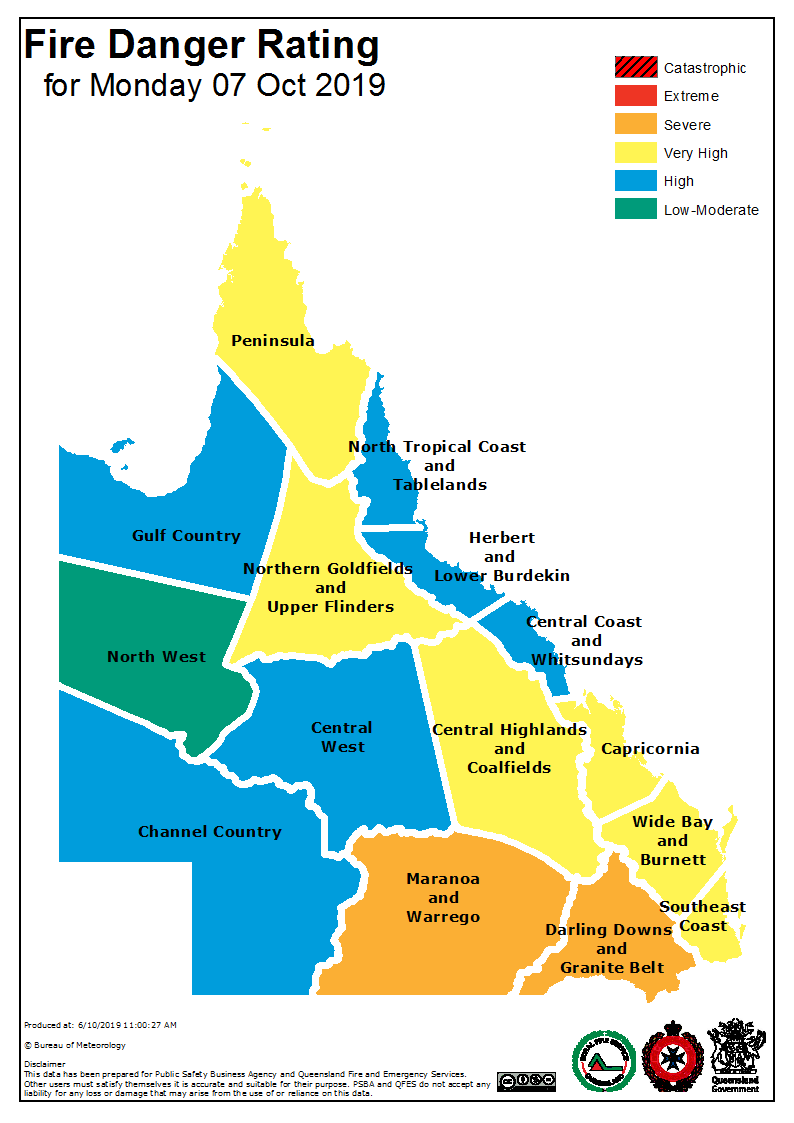 On Tuesday, conditions are only expected to exponentially WORSEN! A surface trough will become positioned directly along the Coast which will block any sea breeze from occurring. This will push very hot and dry winds into the Coast and likely result in temperatures at least remaining as hot as Monday if not becoming even hotter! Winds are forecast to dramatically increase too with strong to damaging West to South West winds feeding into the trough – across SEQLD we are expected to see gusts of 60-80km/h while in NENSW peak gusts may reach 90-100km/h! There is also the threat of dry thunderstorms as instability increases across both areas but with very dry surface conditions at the surface and very dry conditions aloft, these storms will struggle to even dampen the ground – this will lead to dry lightning posing a major risk. As a result of this, we are likely to see widespread severe to extreme fire danger potential and this may increase further as models become far more honed in on the exact conditions expected. 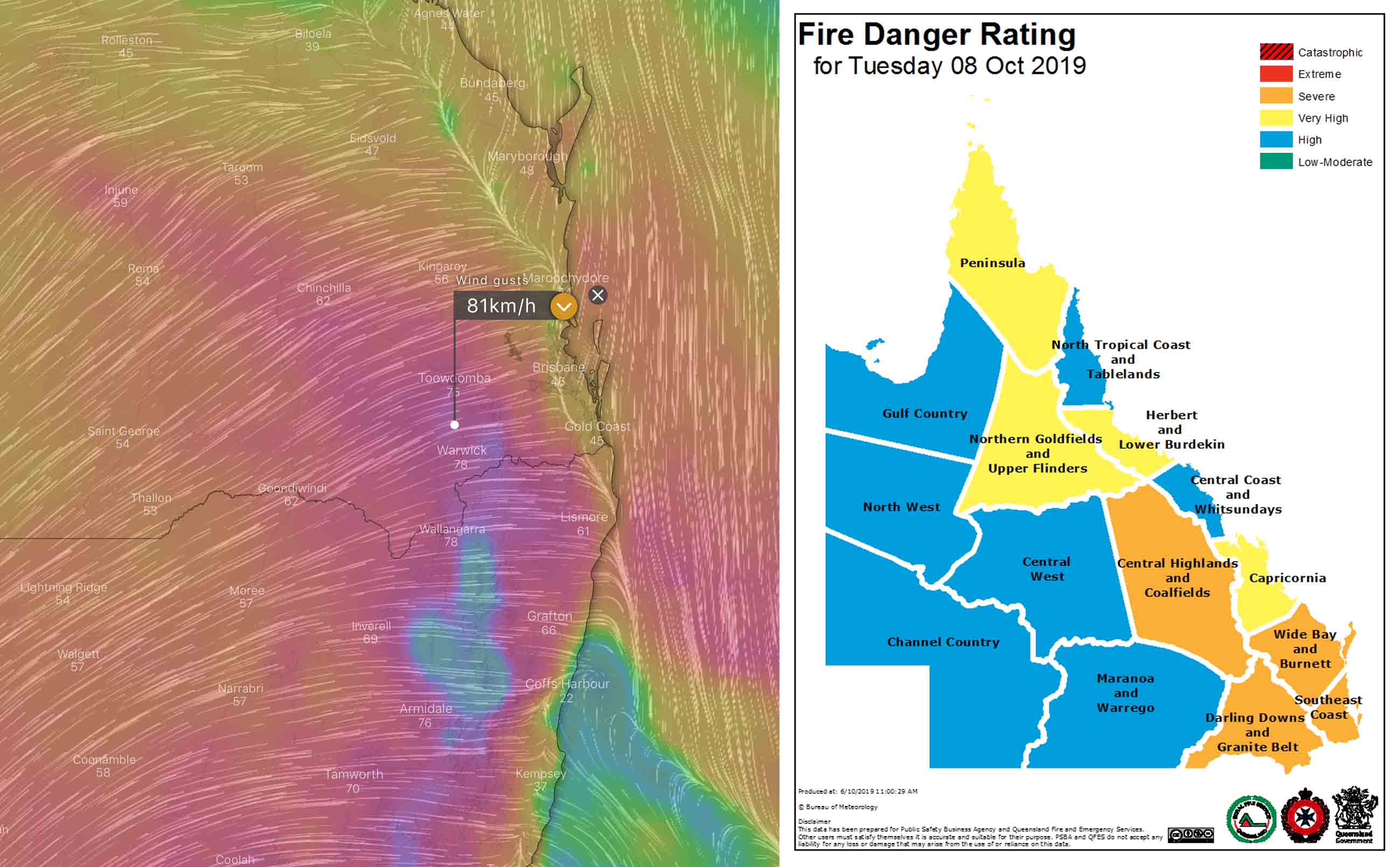