Home/Forecast/Dangerous Fire Conditions LIKELY across VIC on Thursday.
Previous Next

A CODE RED warning has been issued for Northern and North West Victoria ahead of horrific fire conditions developing on Thursday as the entire State receives a TOTAL FIRE BAN. Above image – Fire Danger Threat for Victoria via the CFA for Thursday.

A front is expected to push across Victoria during Thursday which is likely to produce an extremely volatile combination for some of the worst (if not THE worst) fire conditions the State has experienced since Black Saturday. Temperatures are likely to scorch early after a very warm night and push quickly into the low 40’s across Northern Victoria with widespread maximums in the mid to high 30’s elsewhere. These temperatures are likely to coincide with damaging winds in excess of 90km/h and in some cases, more than 110km/h across large portions of the State along with extremely low humidity (below 5%) to produce CATASTROPHIC fire conditions (labelled as ‘CODE RED’ in Victoria). 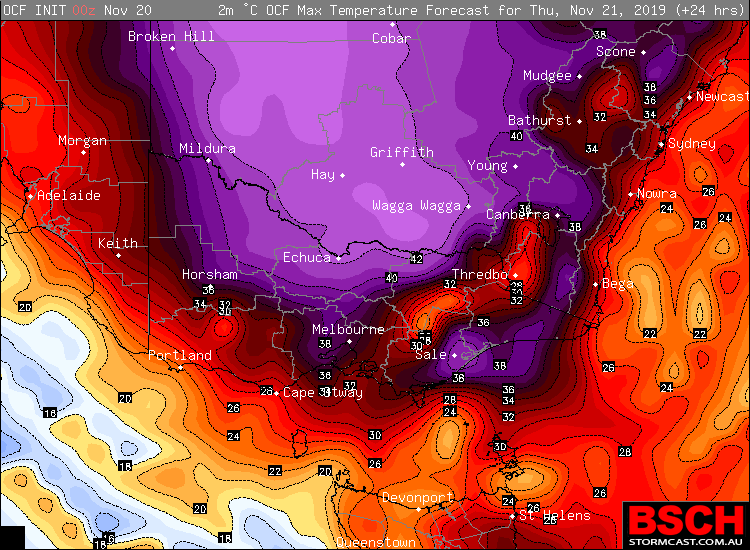 OCF maximums for VIC on Thursday. Image via BSCH.

The worst of the fire conditions will be over Northern areas of the State where winds of 90-110km/h, humidity of less than 5% and temperatures of 38-42ºc are expected. The timing of the front will also mean that these peak wind gusts may coincide with maximum temperatures. Despite this, any fires across the entire State may become dangerous and uncontrolled extremely quickly with widespread wind gusts reaching damaging thresholds of more than 90km/h. So while the ‘highlighted’ threat is in the North… the whole State should be on watch.

There is also an increased risk of significant dust storms across a large portion of the State given the damaging wind gusts and extremely dry landscape. This dust may also impact Greater Melbourne as North Westerly winds feed from NW VIC into Southern Central VIC ahead of and along the front line. This will be another thing to monitor for people who have respiratory problems – and in some cases, the dust ‘could’ be thick enough that people without respiratory problems may also feel the effects. 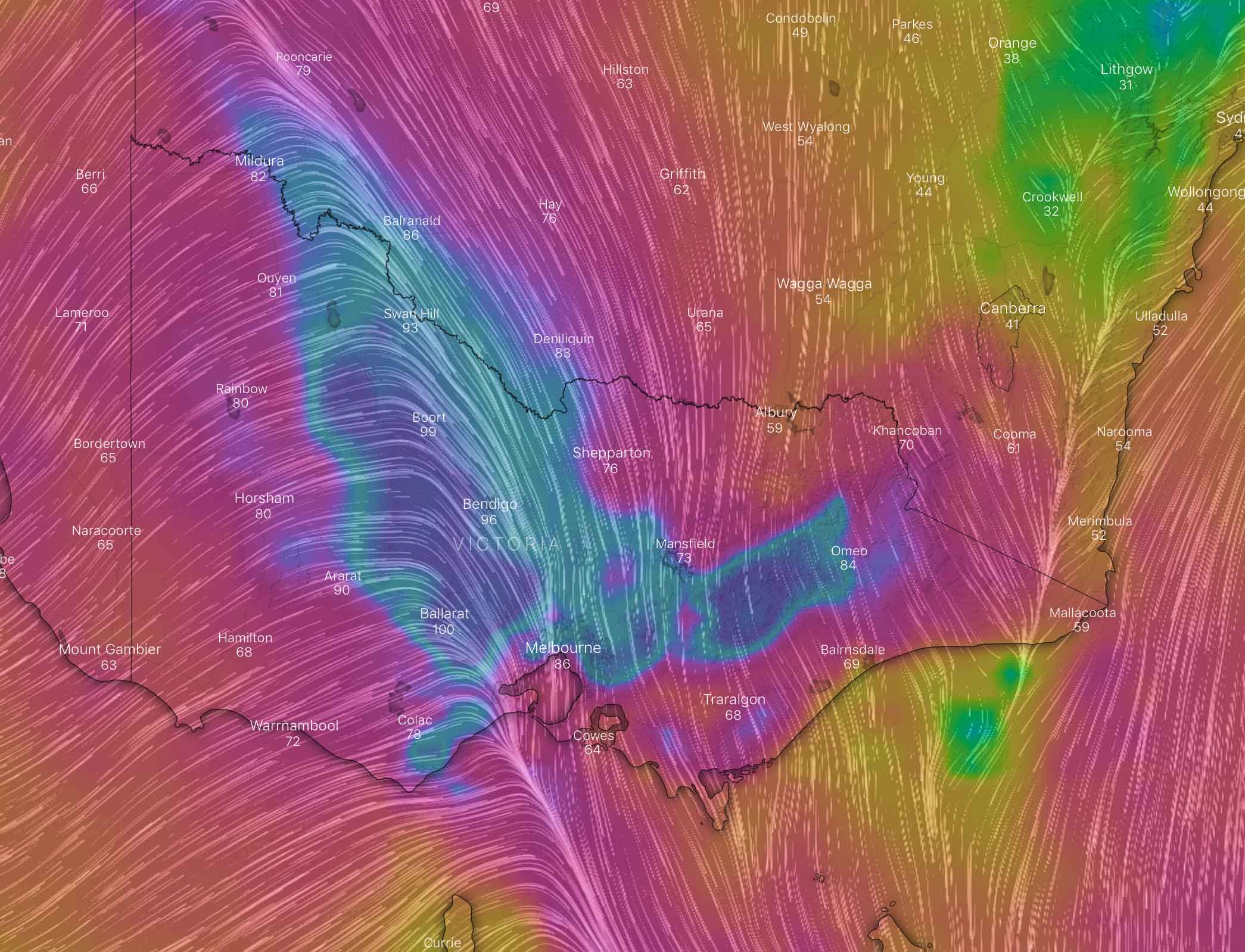