The biggest question on everyones mind is when will conditions change. The sad reality is… they won’t.
Above image – Maximums for SEQLD at the end of the current forecast period (Wednesday November 20th) via BSCH.

Over the next 8-10 days, models are hellbent on maintaining these atrocious dry, hot and gusty conditions across the entirety of QLD. Its likely that across this period of time, multiple individual heatwaves are expected to sweep the State – however the cool changes that break these heatwaves up are expected to be so weak and temporary, that even the cool changes will maintain above average temperatures. 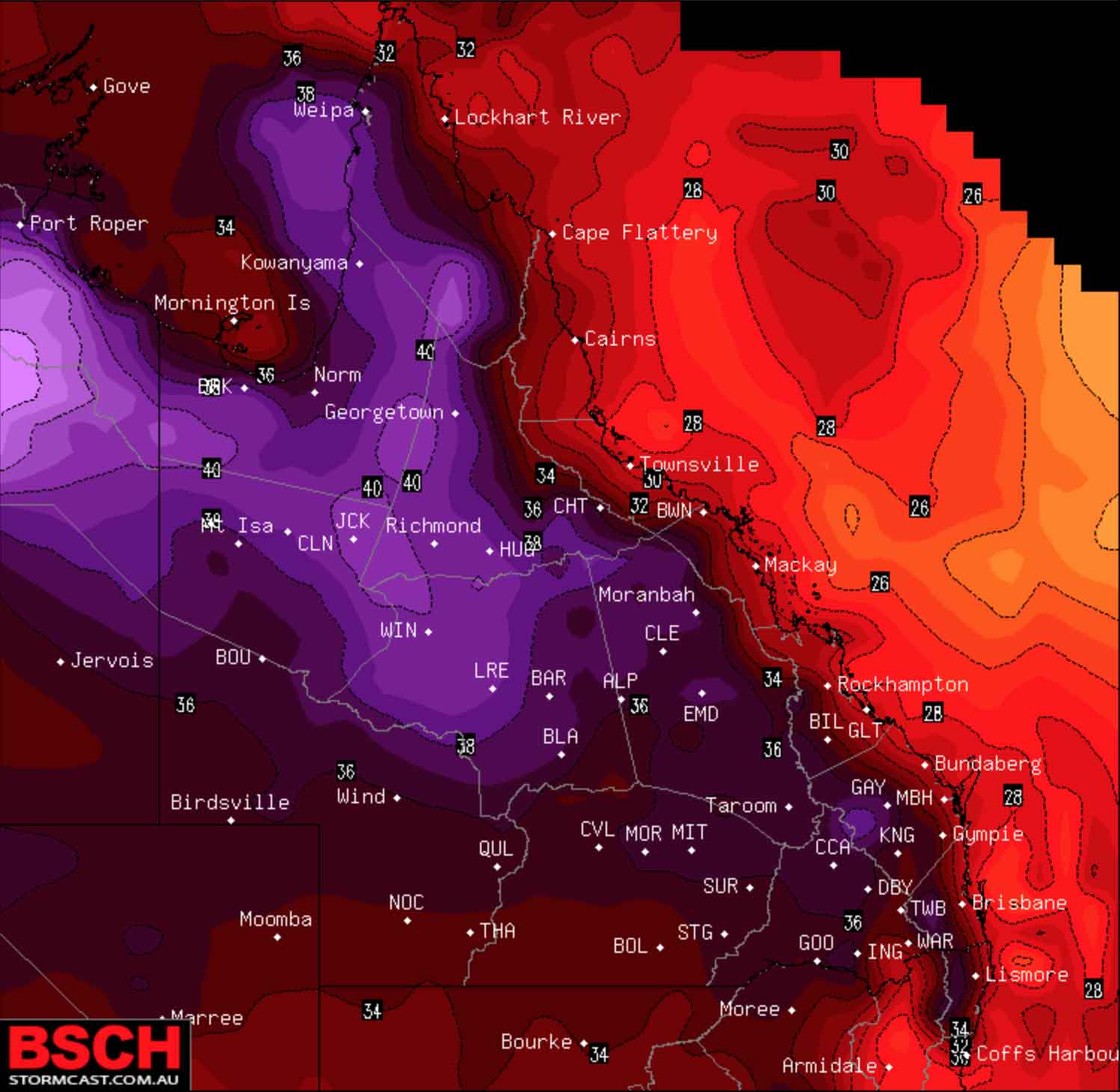 Across Wednesday, ‘cooler’ conditions (still in the low to mid 30’s) are expected across Southern QLD with temperatures into the mid to high 30’s elsewhere and even into the 40’s over some Northern areas. These conditions will persist into Thursday. From Friday onwards, another excessive period of heat is likely to build with maximums gradually climbing across the entire State. By Monday, Tuesday and Wednesday next week – widespread areas of Inland QLD are expected to surge into the low to possibly even mid 40’s with the heat pushing very close to the Coast as well. When you compare this to what is classed as ‘normal’ for November standards.. these maximums are WAY hotter than those parameters. 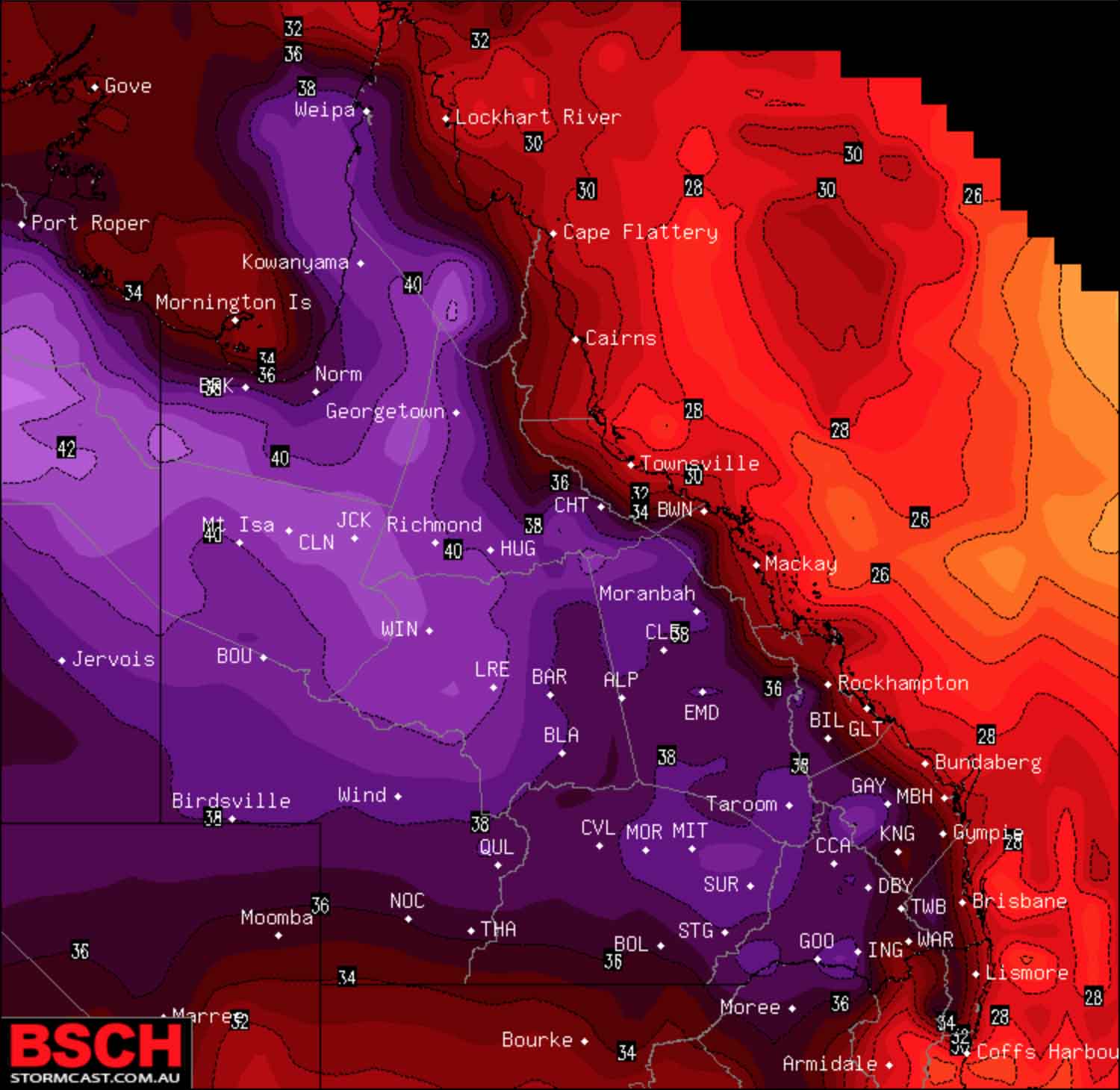 These DRY and HOT conditions are expected to coincide with gusty winds at times, leading to elevated fire dangers across extensive areas of the State for several days. SEVERE fire danger potential has already been forecast for the Darling Downs and Granite Belt on Friday & Saturday.

The ONLY hope for any rain is expected to be on Friday and into the weekend across EXTREMELY ISOLATED areas of Central and South East QLD. This activity won’t alter temperatures though with hot conditions likely. 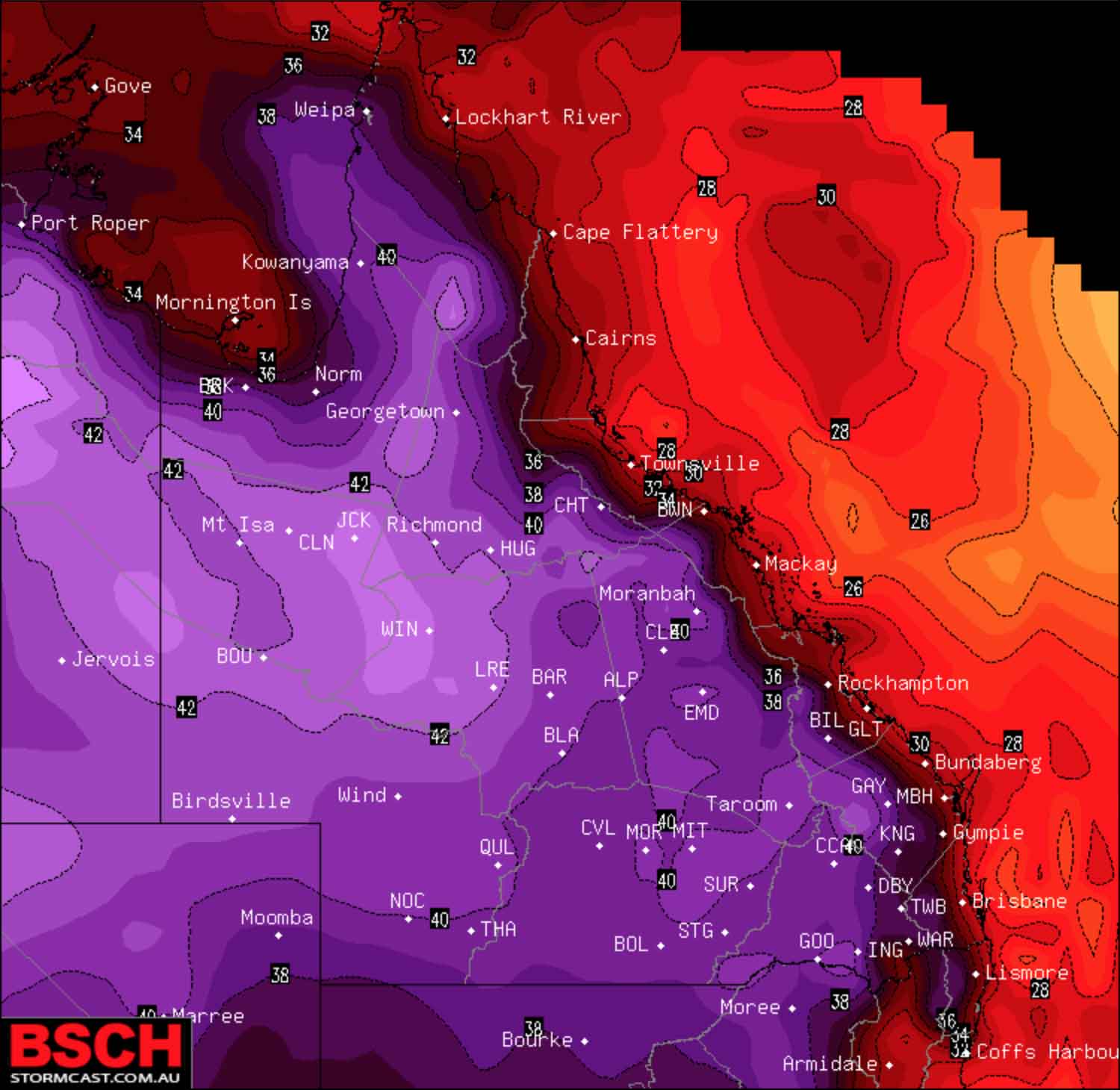 The even sadder reality is that by Wednesday next week.. Australia’s heat engine (the Pilbara) will still see maximums topping the mid to high 40’s which means eventually that all has to come across, so it won’t be a shock to see the heat persist well beyond Wednesday into the following week. 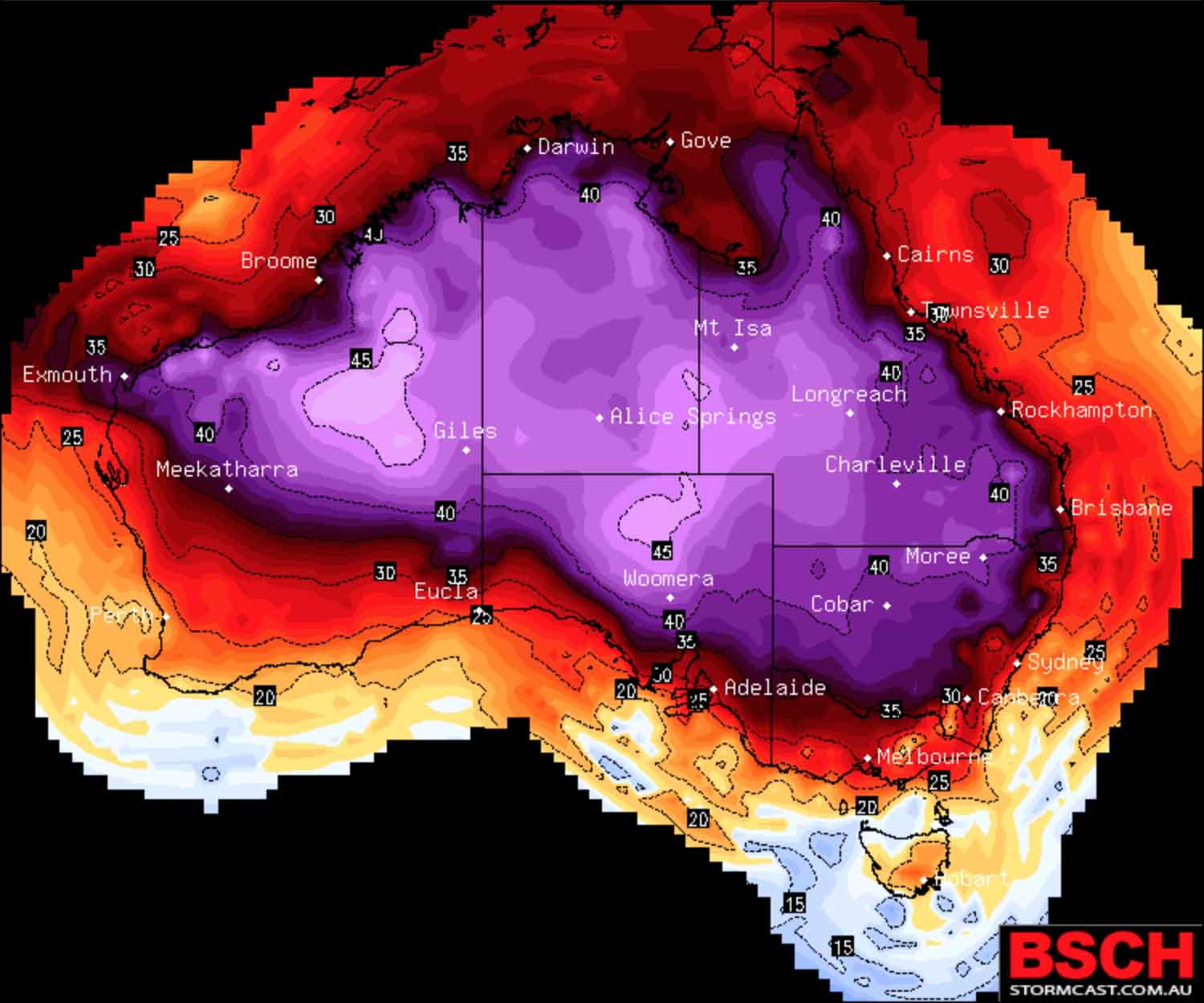 Forecast maximums for Australia on Wednesday, November 20th showing heat still yet to come from WA. Image via BSCH