A cold front is in the process of sweeping across Inland NSW and VIC with a low pressure region noted over the Bight which is likely to help trigger snow over the Snowy Mountains for the next 48hrs. Above image via BOM – Himawari Satellite

The current synoptic setup assisted by satellite and radar imagery shows a cold front which is just passing through Central Victoria and Inland NSW at the moment. This cold front is linked to a low pressure region (a series of about 3 low pressure centres) situated over the Great Australian Bight. This cold front has helped generated reasonable showers across much of Western and Central VIC already today with falls of 10-15mm over the West and up to 20mm so far over Central / Northern Districts so far. Strong to damaging winds have also been noted with gusts of 98km/h over Mount Hotham, 82km/h over Mt Buller and Mt William. Gusts may increase, along with shower activity as the front moves over later this afternoon through Eastern VIC and the Snowy Mountains. 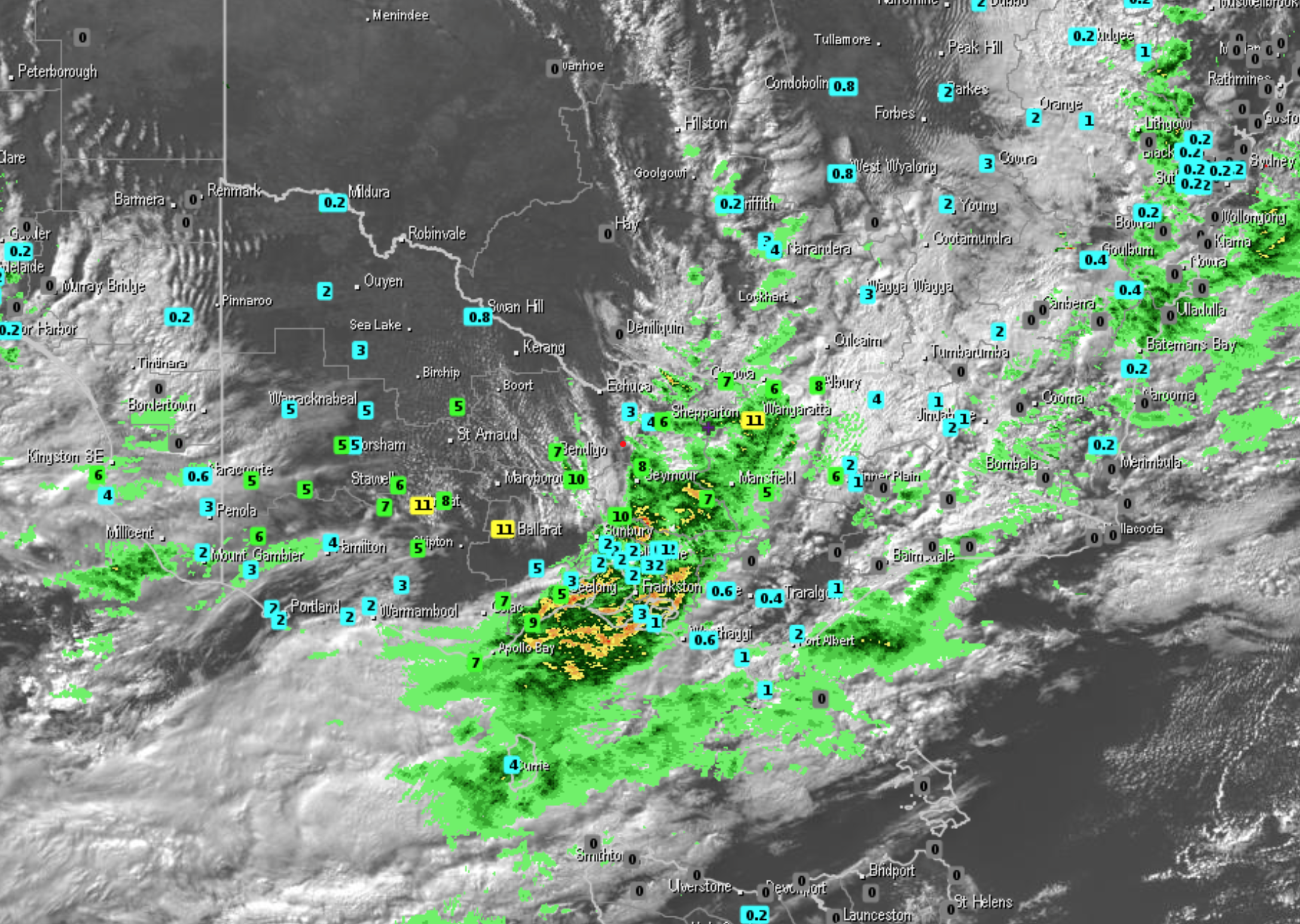 Behind this front, the low pressure region is expected to move towards the East to South-East later today and overnight tonight. This shift in positioning will allow for cold air to be dragged up behind the low and interact with increased moisture coming out of the South-West across VIC to generate idealistic conditions for snow to occur down to around 1500m across the Snowy Mountains. This should lower to 1200m and possibly 1100m or 1000m during Tuesday as the components required all peak (temperatures being at their lowest, moisture being at its highest). This will allow for snow showers (which have already started over the Snowy’s) to continue from Monday night until Wednesday morning and good falls of 25-40cm likely and the potential for 50cm+.

Snowfall forecast via WindyTV / ECMWF for the Snowy Mountains

This isn’t the only system this week with another heavy dumping expected before the weekend. So if it is possible, then be sure to make a late school holiday dash to soak up some of the winter wonderland which has been lacking over the Snowy Mountains this season so far.