The entirety of Tasmania, majority of VIC and large parts of Southern and elevated parts of NSW including the ACT are about to get a harsh Winter blast on Saturday – Above image: OCF Forecast Maximums for VIC &  NSW via BSCH.

In the wake of a cold front that moved through the region on Friday, and with the assistance of another trough moving over Tasmania tonight (Friday night into Saturday morning). A harsh Winter freeze is expected to move over Tasmania and South East mainland Australia. This will lead to heavy snow occurring over the Central Highlands of Tasmania, Snowy Mountains of VIC & NSW, elevated parts of the ACT, and some snow flurries also being possible across the Central Tablelands.

Canberra is expected to hit just 8ºc during Saturday which is arid 3ºc below average. Hobart is expected to reach 9ºc which is also 3ºc below average and Melbourne 11ºc (2.5ºc below average). The harshness will come from the winds, with 60-100km/h expected across all 3 cities leading to the feels like temperatures being closer to 0ºc at times (especially for Hobart and Canberra which is quite similar to those conditions, possibly even colder, than what was experienced on Friday). 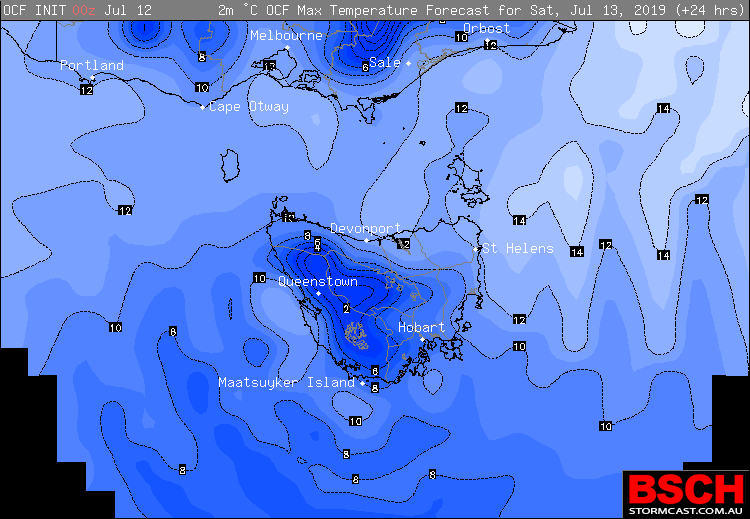 Maximums for Tasmania during Saturday, July 13th, via BSCH / OCF

This cold snap will reach other parts of NSW and Southern QLD during Saturday night and Sunday. 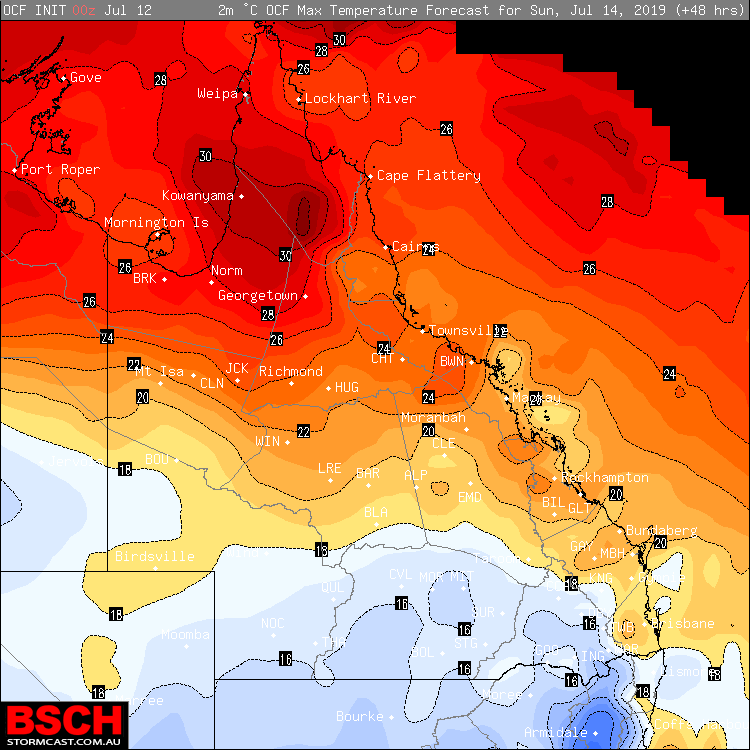 Maximums for Queensland during Sunday, July 14th, via BSCH / OCF