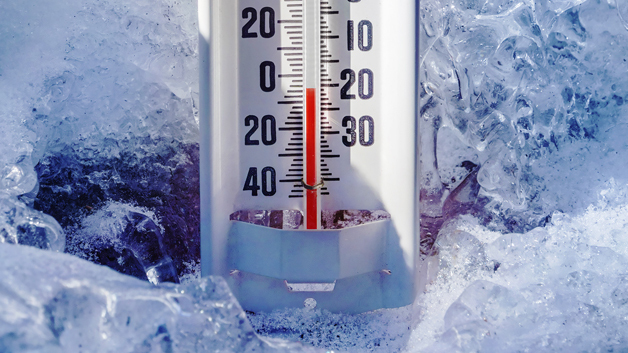 Posted at 07:56h in Weather News by Thomas 0 Comments
0 Likes

Parts of NSW have recorded their lowest March temperatures on record, with many locations along and surrounding the Ranges showing the potential for their first frost’s for 2019 overnight as temperatures plummeted across the State. Above image is a stock image.

Across NSW, the temperature across most locations dropped considerably compared to previous nights / mornings, with areas along the Ranges potentially recording their first frost of 2019! Generally, most locations across the State will have recorded their coldest March morning since 2015. It was the Northern Rivers as a district and Eastern or Coastal parts of NSW that went a little harder with the anomalies and records.

Note: Large parts of Western Sydney fell to between 7 and 11ºc, with the majority of locations recording their coldest March morning in 11 years (since 2008). Parts of the Hunter fell to as low as 5ºc, with most of that district recording its lowest March temperature since about 2015. Large parts of Northern and Central Inland NSW dropped well into single digits as well, with temperatures at their coldest since about 2015 for March too. 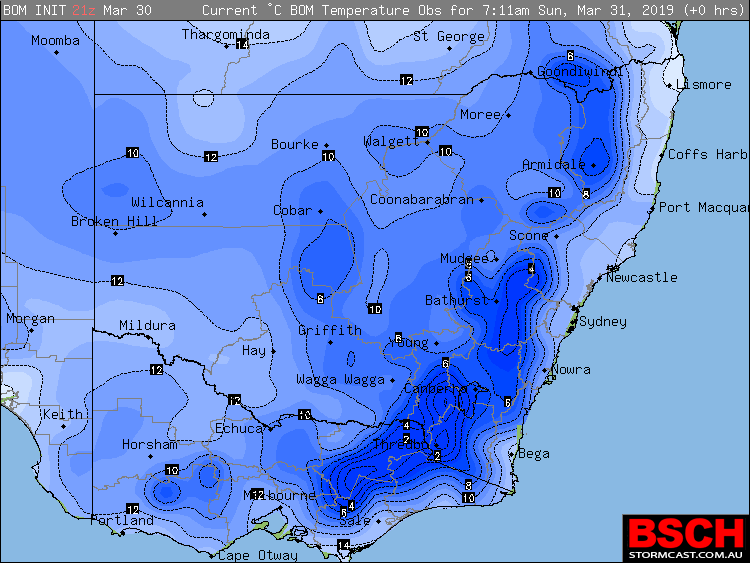 Real-time temperatures as of 7:10am across NSW and VIC showing the large area of cooler minimums. Image via BSCH, data provided by BOM.