During Monday, a low pressure region is expected to become situated over the Bight, with a cold front / trough system extending up through Western VIC and Inland. During Monday afternoon and evening, this trough / cold front is expected to sweep through bring some strong winds to elevated regions along with isolated showers across both much of Inland NSW and scattered showers across much of VIC. Behind this system though, a pool of ‘cold enough’ air is expected to creep up from the Southern Bight and move over the South-East corner of Australia. This pool of ‘cold enough’ air is expected to linger through Tuesday to allow snowfall to continue before easing back on Wednesday as the lower level cooling warms up and conditions become heavily reliant on upper level activity.

So for the snowfall, up to 50cm, yes half a metre, is expected across parts of the NSW Snowy Mountains and 30-40cm is expected across the VIC Snowy Mountains. Good moisture should remain active over the Snowy Mountain region which will allow for nearly all precipitation to become snowfall during Monday afternoon until Wednesday morning. The small difference in totals is expected to come from the peak cooling remaining over NSW throughout the snow period. Despite the very good totals that are expected, snowfall is only expected to fall down to around 1200m and this is due to the cold burst of air only being -2ºc at 1500m ASL. This is perfect timing after such a poor start to the season, the ski resorts can hopefully salvage something from this occurring during school holidays. 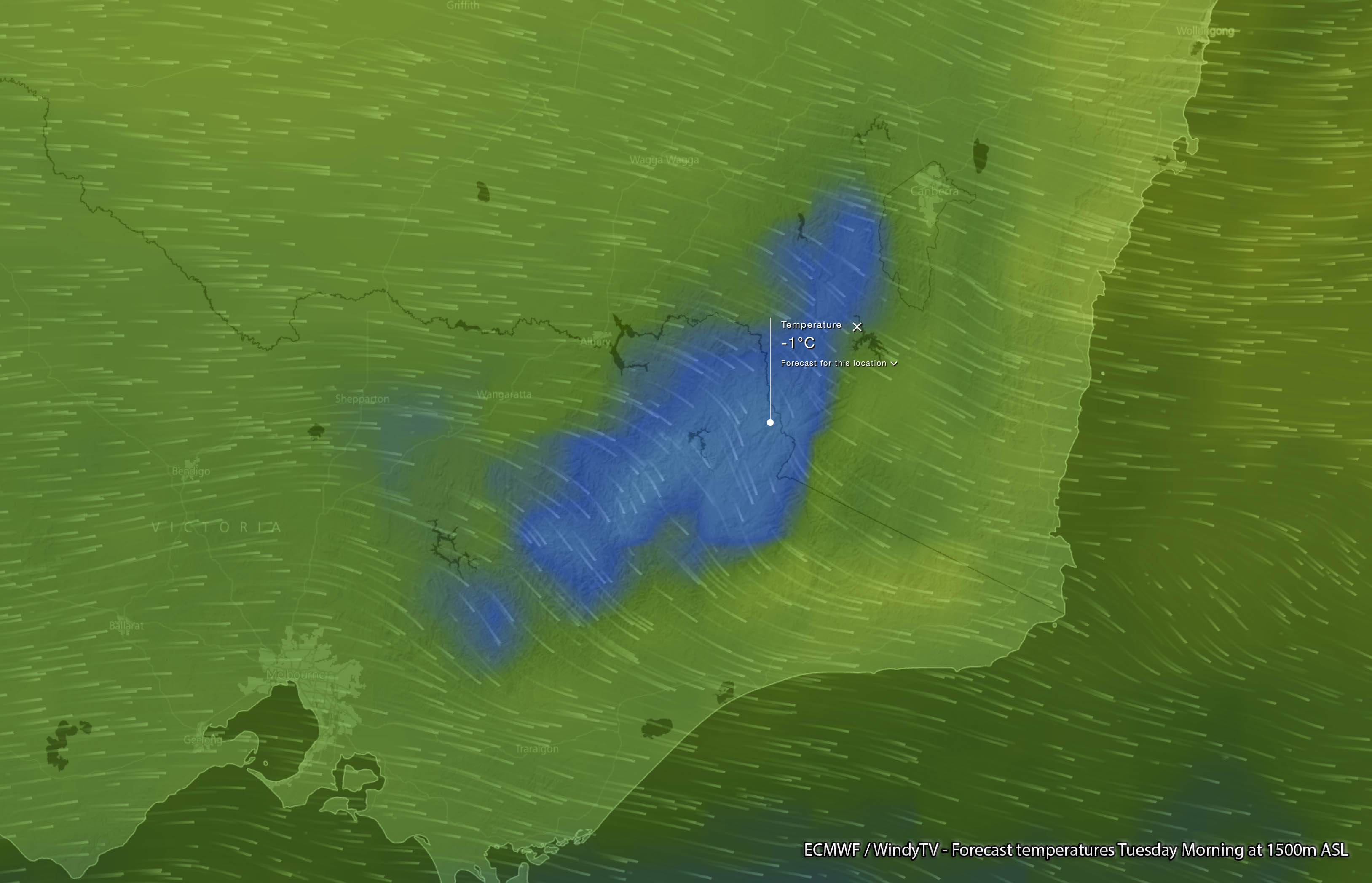 As for the other weather associated with this system, scattered showers with falls of 5-15mm are expected across VIC and better falls (stated above) across the Snowy Mountains. Reasonable falls of 5-10mm are expected across Southern NSW / ACT also. The rainfall and cloud cover should keep maximum temperatures down on normal, but thankfully minimums should come back to at least normal if not slightly above average after the deep freeze experienced over Saturday and Sunday morning. 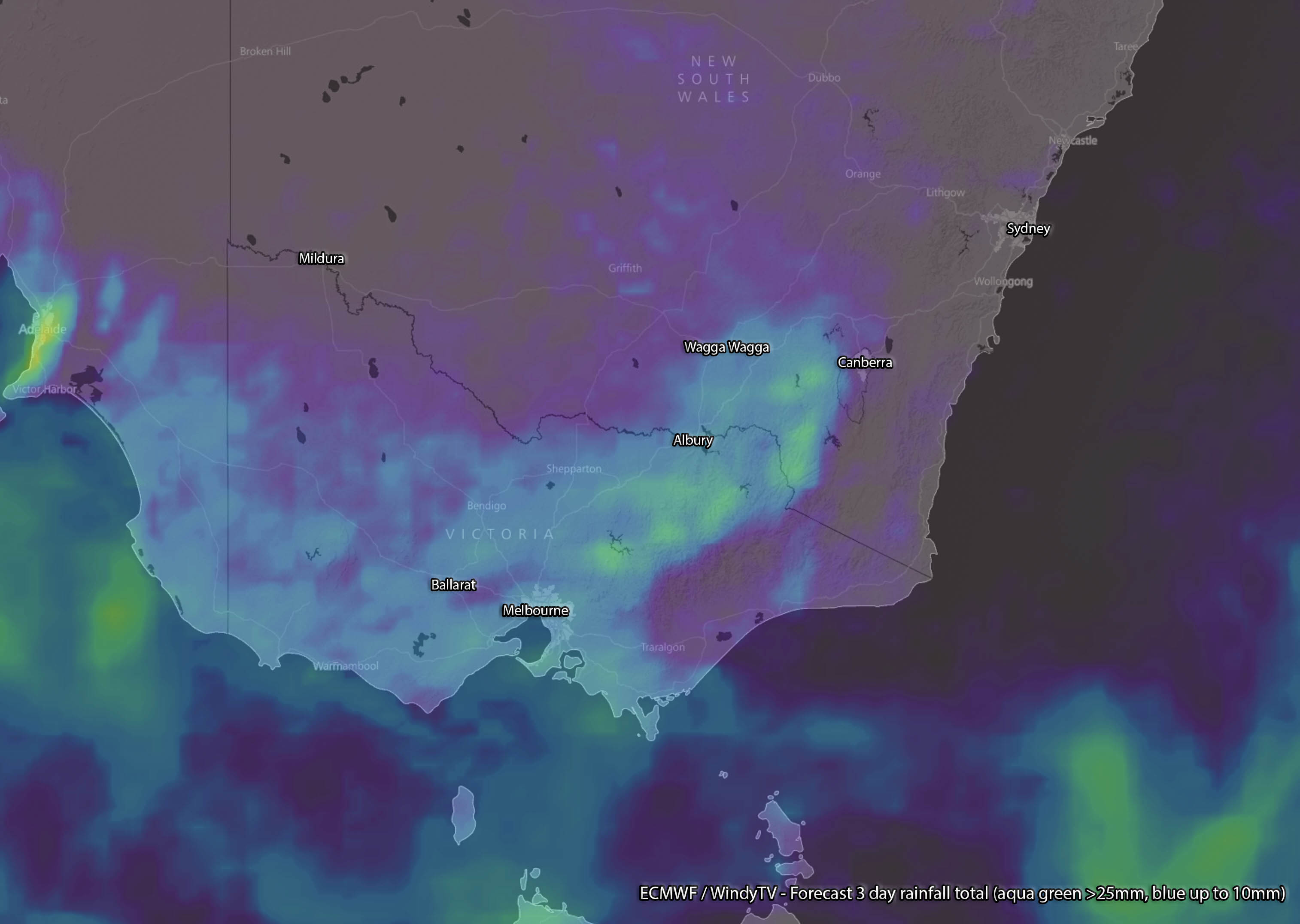