Half A Metre Of Rain Overnight Floods Tropical NQLD!

27 Jan Half A Metre Of Rain Overnight Floods Tropical NQLD!

Posted at 09:55h in Weather News by Thomas 0 Comments
0 Likes

Tropical North QLD has just been drenched beyond belief with almost half a metre of rain falling overnight which has produced record flooding! Above image via Weatherzone showing the rain bomb over the region last night.

Its normal for North QLD to receive excessive amounts of rainfall during the monsoon season. Rainfall totals that the rest of Australia could only imagine seeing once in their lifetime’s, if ever at all.. But last night was a combination of excessive rainfall on top of saturated grounds which has proved too much for even the wet tropics of QLD and this has lead to extreme flooding across the region!

The focus is around the Daintree and Mossman areas where converging rain areas produced up to half a metre of rain overnight. The Daintree River at Bairds lost its gauge, likely washed away, after it broke the 1956 record of 15.32m with a 15.40m recording. The Daintree River at Daintree Village broke its 1901 record of 12.4m with 12.6m as well. Locals have reported river rises in the region like something they’ve never seen before, with rates of up to a metre in less than hour occurring throughout various times of the night prior to peak levels being achieved. Thanks to rainfall easing earlier this morning, river levels are starting to drop quickly with most other areas seeing no more than moderate flooding for a brief period of time. This won’t climate the threat altogether though as we are expecting further excessive rainfall totals to occur on what is now not just saturated, but flooding grounds, over the Tropics over the next week. 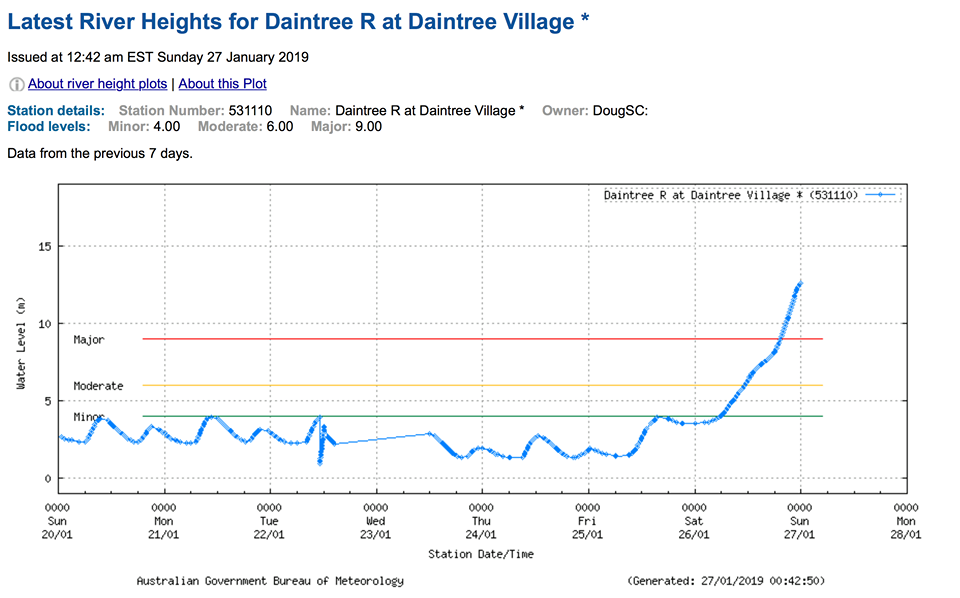 Daintree River at Daintree Village breaking its record of 12.4m with 12.6m overnight. Image via BOM

Additional Notes:
• Mona Mona and Flaggy Creek have now recorded 3 straight 100mm days with both locations up to around 450mm for the past 3 days.
• The Cairns Airport observation of 277mm was just 1mm shy of the the January 2009 total of 278mm. If this was exceeded, it would’ve been the heaviest daily total since January 1994 – 25 years ago! Certainly an impressive feat given the region usually sees one or two “high end” heavy rain days per year, sometimes more if tropical cyclones are in the vicinity. 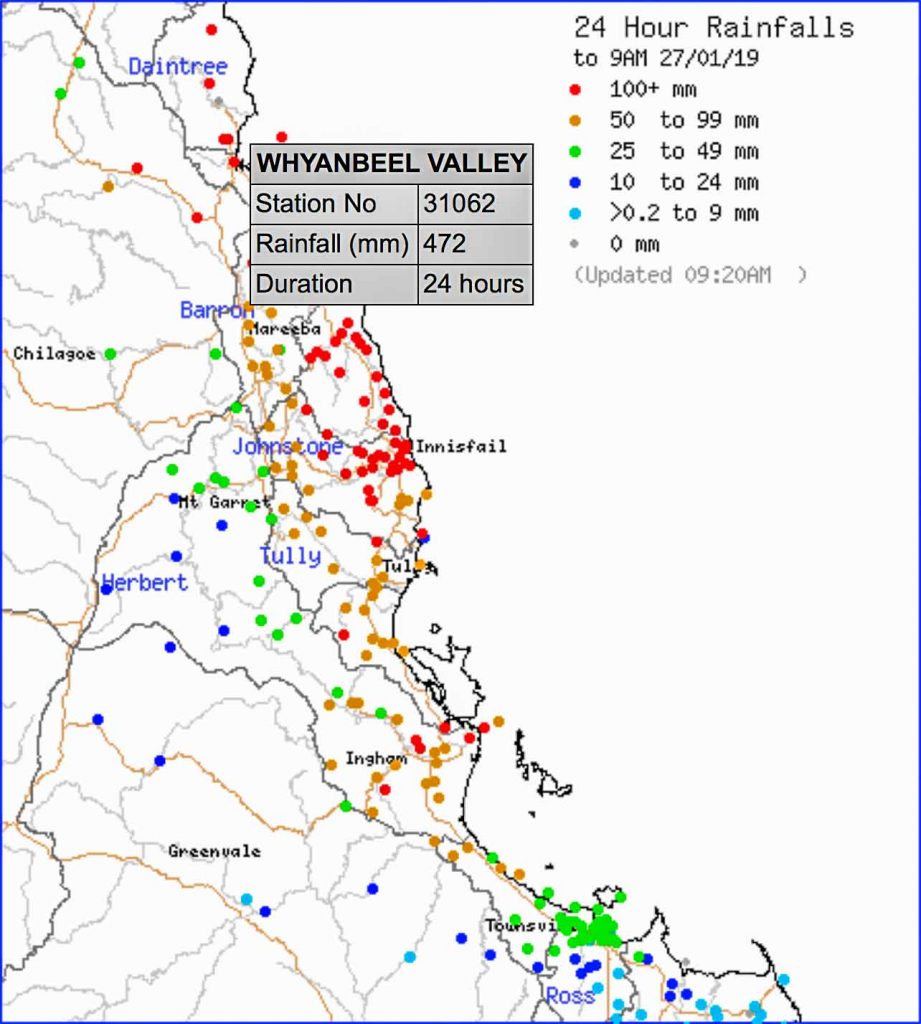