Conditions are about to turn wild across South Eastern Australia including the majority of Tasmania, majority of Victoria and large parts of elevated and Southern NSW. Even South Australia isn’t completely out of it all. Above image – 10 day rainfall via EC / Windy (orange >50mm, red >100mm, pink >200mm)

A series of cold fronts and upper level systems are expected to sweep across the Bight, South East Australia and the Tasman Sea over the next week, bringing with them multiple rounds of heavy rain, storms, damaging winds and snow. Tasmania is expected to cop the full force of all systems, while Victoria will also receive multiple rounds of severe weather. NSW and South Australia are more conditional, but the effects will still be felt to some degree.

Round 1: Wednesday into Thursday – A cold front is expected to move across Tasmania and Victoria. This system is expected to bring rain and storms to VIC on Wednesday afternoon and evening, as well as Tasmania for much of the day. Falls of 30-70mm are expected over parts of North West and Western Tasmania, 25-50mm over North East VIC. Snow is expected across elevated parts of the Central Highlands and the peaks of the Snowy Mountains.

Round 2: Another cold front is expected to sweep across the region on Friday and Saturday. This one is likely to be accompanied by a much more vigorous and stronger upper level feature which will allow for heavier snow than round 1. Conditions are expected to deteriorate on Friday morning across Tasmania and during the afternoon / evening over VIC and Southern NSW. The coldest air is expected to arrive overnight Friday into Saturday morning with snow falling to 500m over VIC, 600m over Southern NSW including the ACT, and 300m being possible over Southern TAS (500m in the North). This will include some flurries for the Hobart Hills, but the much better falls will be over the Central Highlands and Snowy Mountains. Blizzard conditions are expected across the highest peaks of both regions, with snow flurries possibly reaching as far North as the Central Tablelands of NSW.

Round 3: Yet another round of severe weather is expected across TAS, Sunday night and across Monday, lasting until possibly Tuesday morning. This will feature further heavy rain across large parts of the State – particularly in the West – with further heavy snow and blizzard conditions over the Central Highlands. Further heavy snow is also expected over the Snowy Mountains.

During this entire period of all 3 rounds of weather – damaging to destructive winds of 90-130km/h are expected across Bass Strait, the Snowy Mountains, Great Dividing Range of NSW, large parts of Victoria and the majority of Tasmania. This may lead to trees coming down and power being cut in localised areas. Exposed parts of the Southern Tasmania Coast including Mt Wellington and Maatsuyker Island, as well as Hogan Island over Bass Strait could see gusts of 120-140km/h. Heavy rain leading to flash flooding, creek and river flooding is expected over Western, Central and Northern Tasmania with falls of 150-250mm likely and isolated higher falls being possible. The remainder of the State as well as Southern VIC, Northern East VIC and the NSW Southern Ranges are looking at 50-100mm over the 10 days. 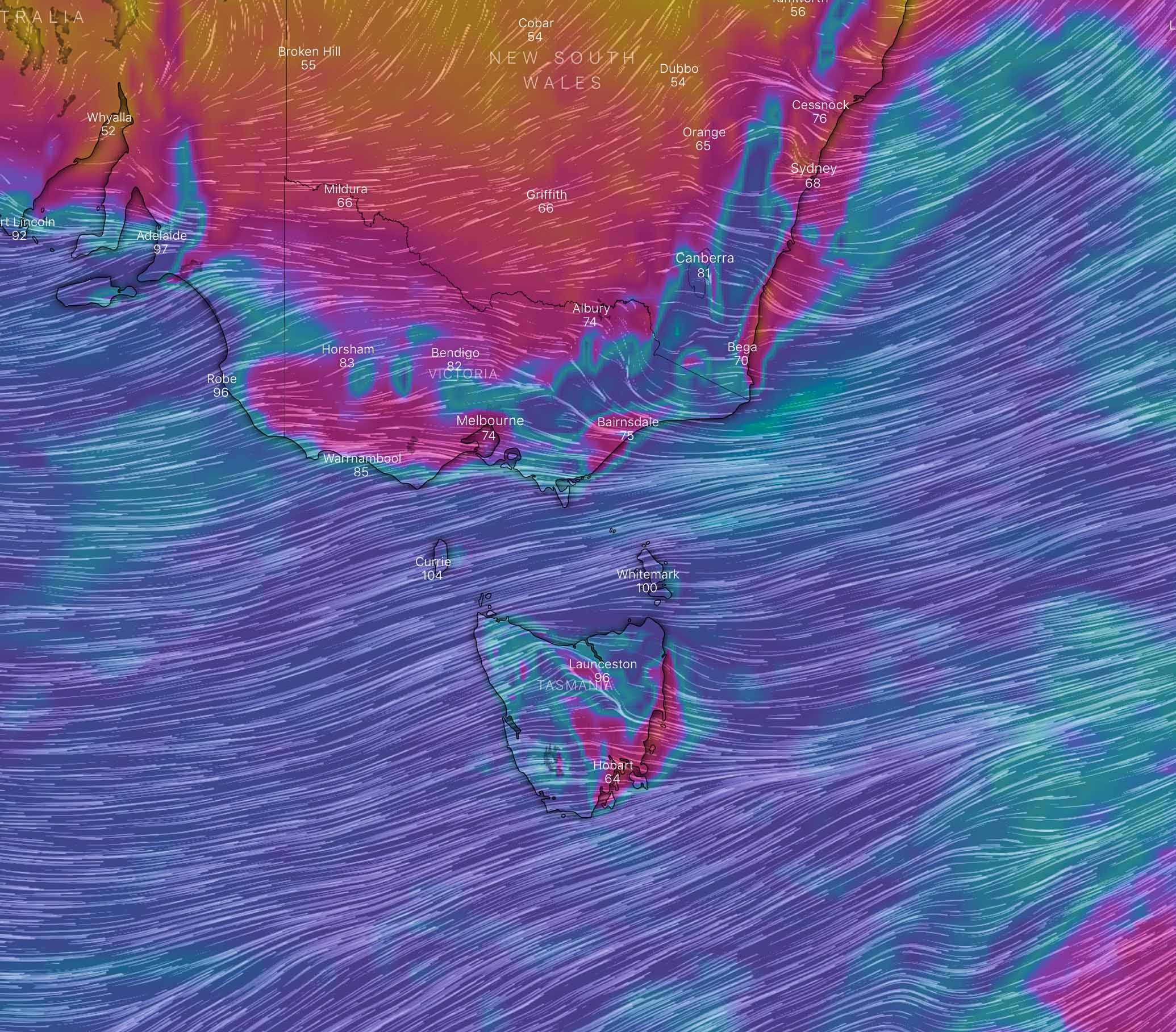