South East QLD and North East NSW are about to experience a 3 day period of well above average maximums which is bucking the trend from the last several weeks and is also likely to push fire danger potential up. Above image – maximum temperatures for Friday across SEQLD & NENSW via BSCH.

During the next several days (Thursday to Saturday), a surface trough is expected to become stationary and stubborn VERY CLOSE to the Coastline across both areas, if not located directly along the Coastline. This setup will combine with DRY Westerly winds as well as warm and dry air aloft which will result in widespread FINE, SUNNY and HOT conditions across the entirety of both areas. 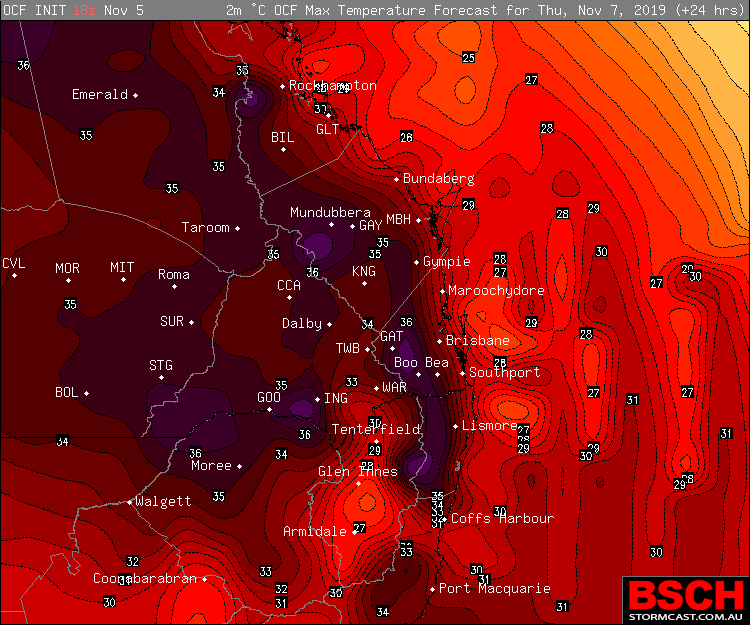 Brisbane averages 28ºc for November, Thursday is expected to be around 33-34ºc across Brisbane with Friday becoming much hotter at about 37ºc! Ipswich averages 29-30ºc for November standards, however Thursday and Friday are expected to push 37 & 39ºc respectively. Similar anomalies of around 6-10ºc above average are expected on the respective days across most areas. This is far different to the past 3 weeks where only 2 or 3 days have been 2ºc+ above average with most days quite close to average and some even below average. On Saturday, maximums will remain above average across all areas, but significantly cooler than Friday as winds veer more out of the South West rather than the West. 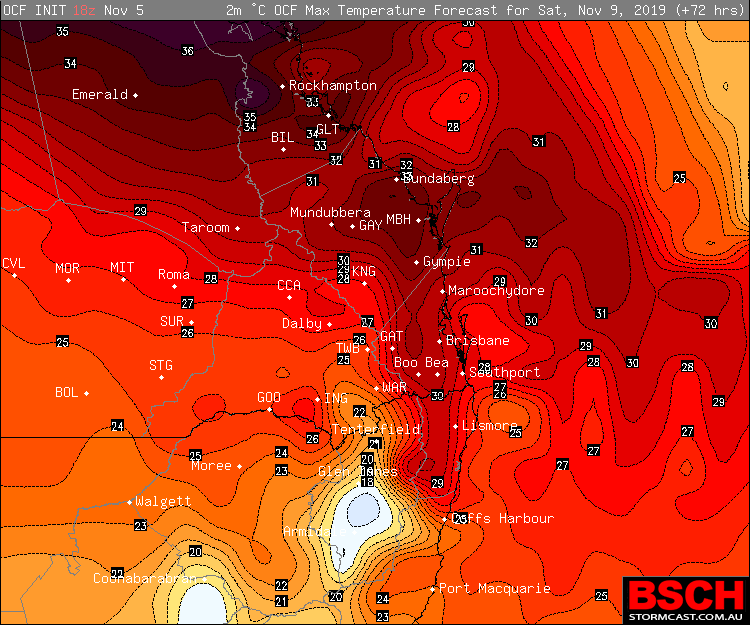 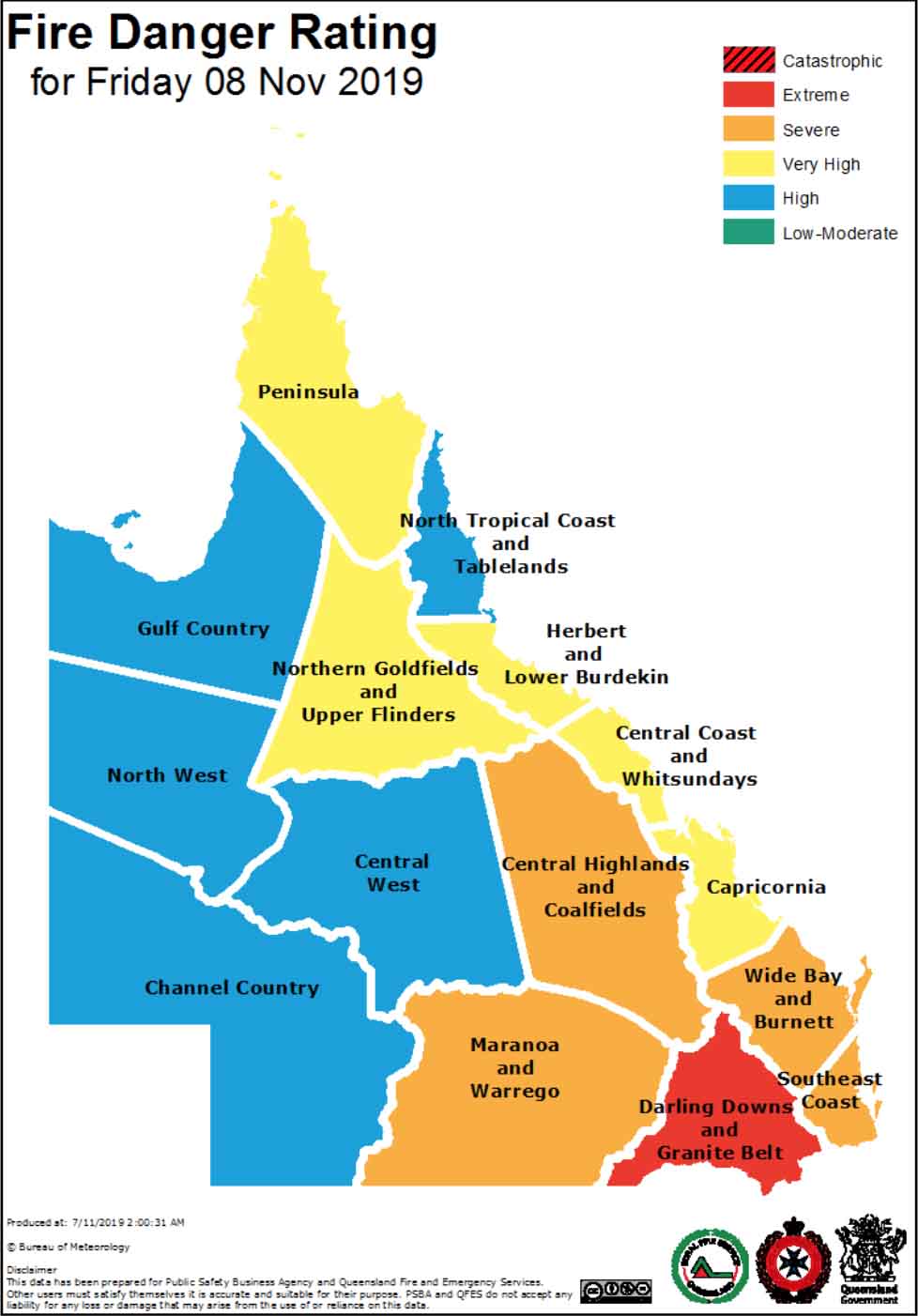 Fire conditions for Friday via QFES

Unfortunately maximums aren’t expected to drop too much beyond Saturday with another excessive heat period returning on Tuesday and lasting for several days and becoming potentially much hotter than this burst of heat for some areas – we will have more on that next week. 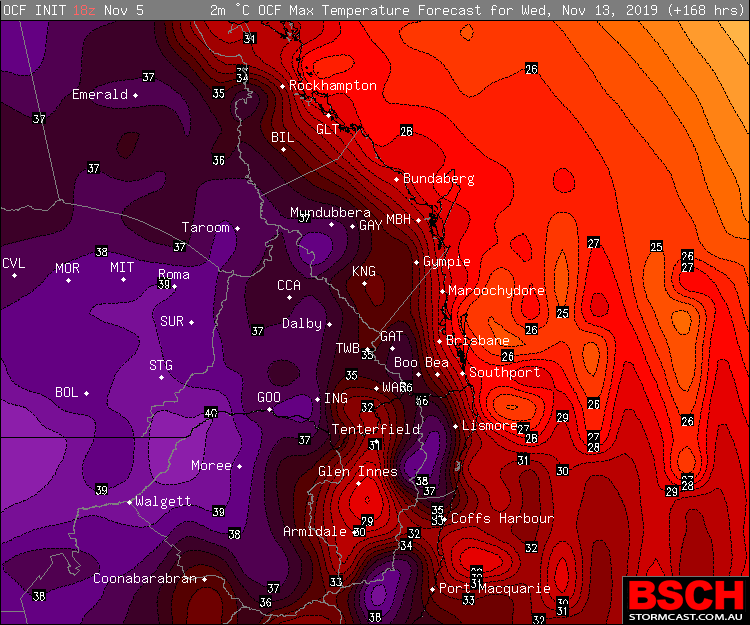