Over the past month our highly valued and skilled employee Thomas Hinterdorfer from Higgins Storm Chasing has been very working hard behind the scenes to produce our new significantly improved in-house high resolution weather forecast maps for QLD and SEQLD.
The 4 new maps have taken many many hours to develop starting right back at the base layer where we have left no stone unturned. During the next week we will be releasing these new QLD & SEQLD maps for the 0-5 day daily rainfall and thunderstorm forecasts to existing premium members on our website at no extra charge. This upgrade will be closely followed by the new 7 day rainfall and temperature forecast maps, 1 month and 3 month rainfall and temperature outlook maps.
We believe our new map products will lead the way in weather forecasting for high detail, fantastic clarity and very good accuracy to all users for many years to come. Everyday of the year, each Higgins forecast and map is human produced by either Jeff Higgins or Thomas Hinterdorfer using vast amounts of raw global model data. Our forecasts do not come from BOM or one data source nor are they computer generated like a majority of other weather forecasts that are currently available.
Our NSW, ACT and VIC state maps as well as the North Eastern NSW zoomed forecast maps will also receive the same full upgrades within the next few months.
An upgraded Tropical Cyclone and Tropical Low forecast track map will also be developed by November ready for this cyclone season.

If you want to know the weather is doing everyday and be able to be fully prepared for the storm and cyclone season ahead, consider becoming a Higgins Premium Member HERE! 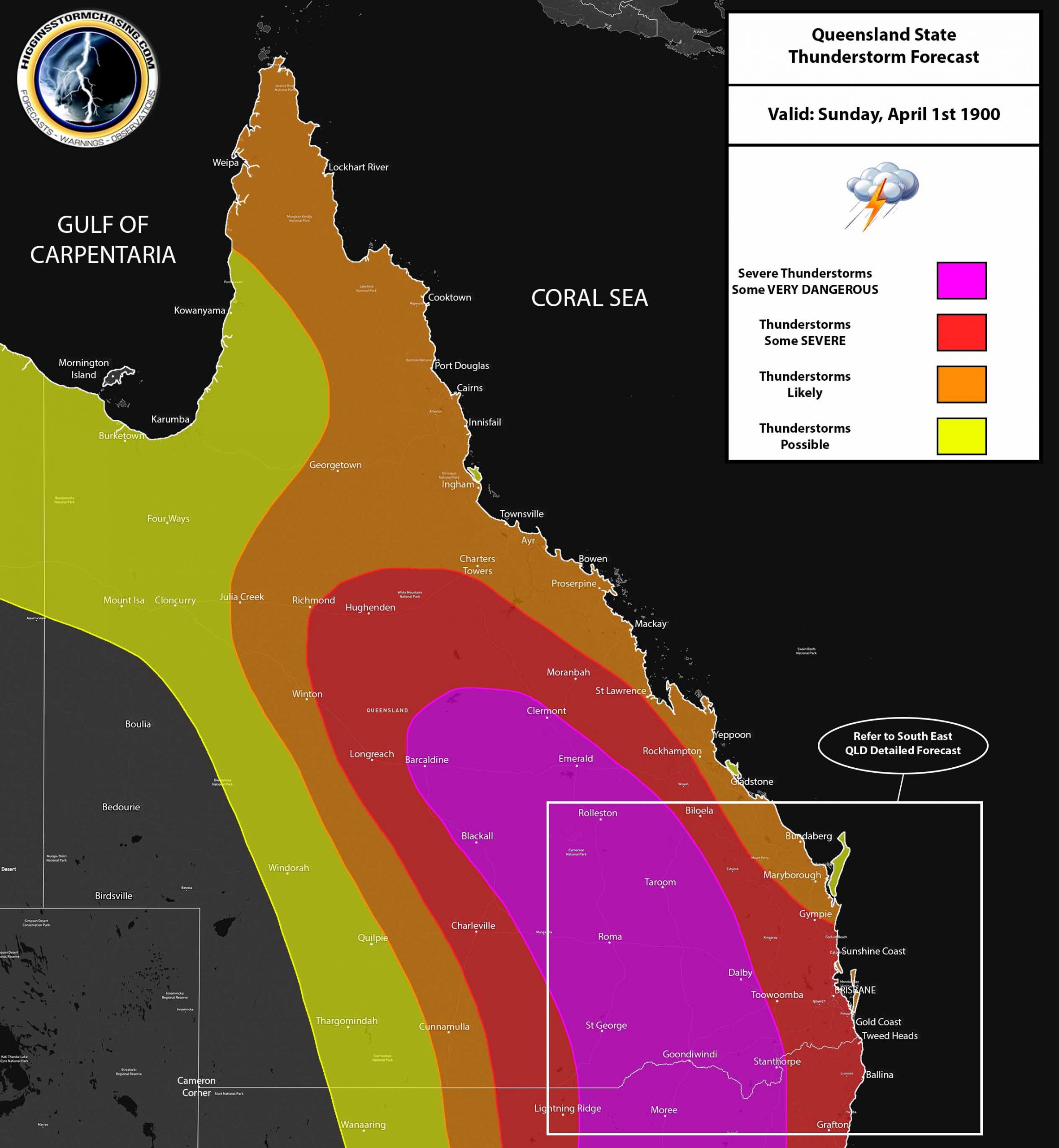 Rainfall forecast maps (below images) have been redeveloped from the base layer up. Upgraded rainfall legend with a completely new colour spectrum to display lower to higher rainfall amounts that are more discernible from each other. We have also introduced new rainfall forecast tiers of 200-300mm, 300mm+, 0-5mm and 5-10mm. This will account for the monsoon season or any tropical cyclone or low pressure developments where excessive rainfall often occurs in a 24 hour period. It will also help with determining whether or not a few drops of rain or 10mm is possible as the old scale was 0-10mm and we deemed this to be too large of a gap. Additional town locations with improved text. 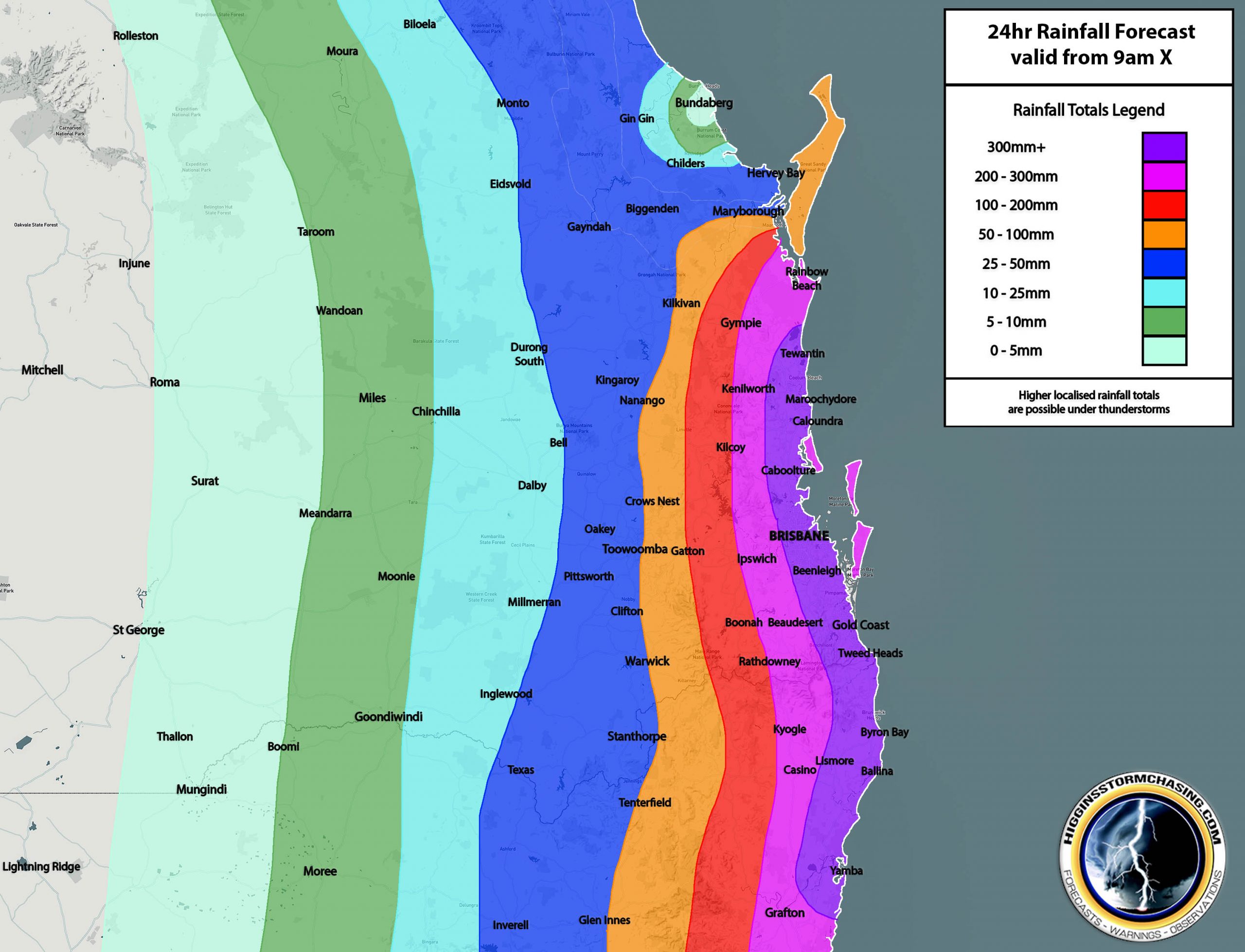 Access to these maps including comprehensive forecast text can be obtained by clicking on our logo below!