A life threatening situation is becoming increasingly likely across the Northern Bahamas as Dorian, an incredibly powerful and dangerous hurricane, looks like to make a direct impact and stall over the region. Above image via GOES / NOAA. 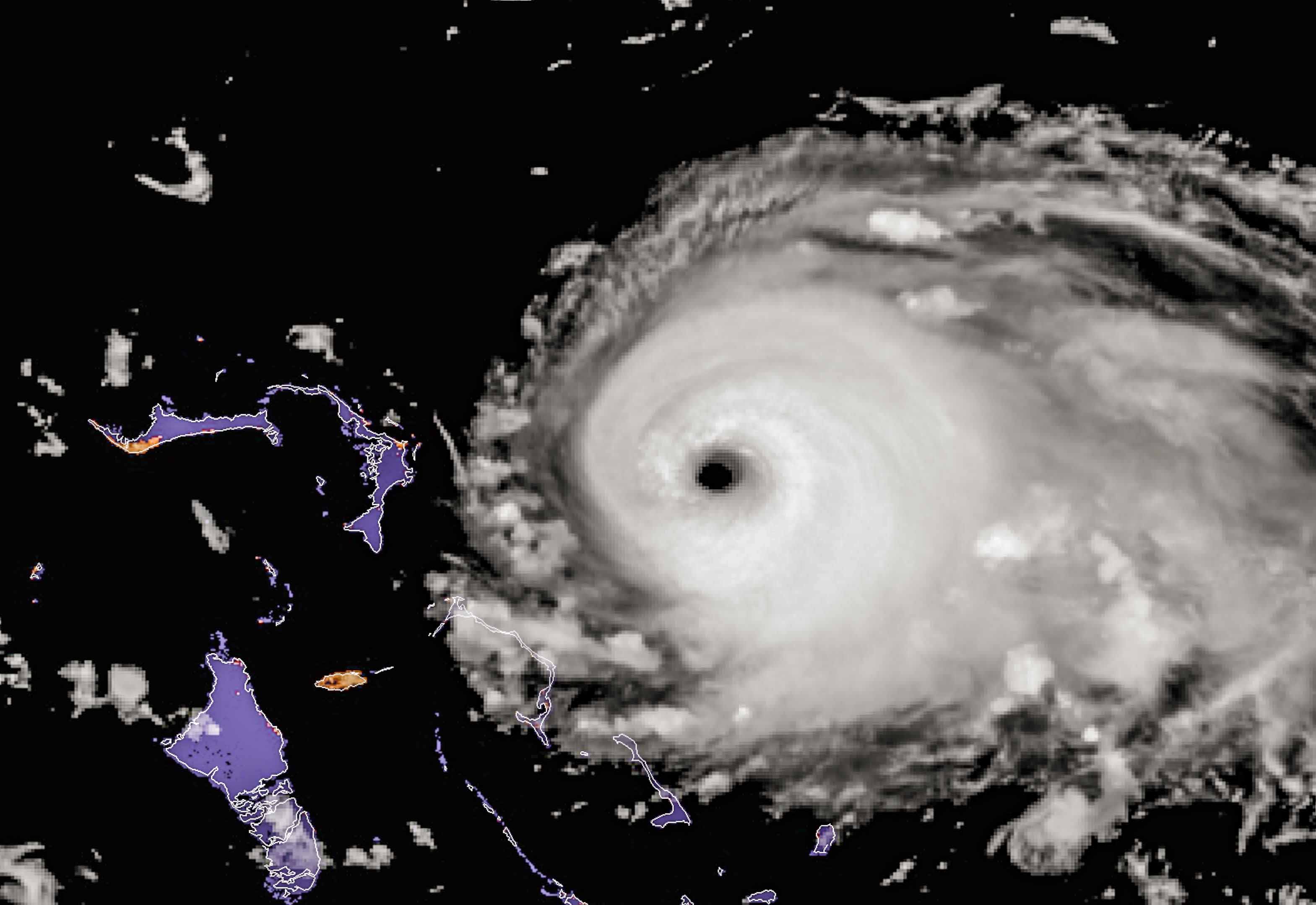 Its a worst case scenario situation for the Northern Bahamas which includes Grand Bahamas Island, Aboca Island, Moore’s Island and Grand Cay as well as many other very small islands surrounding these main ones. Hurricane Dorian is a very powerful, very dangerous high-end Category 4 hurricane (almost Category 5 strength) – to put that into perspective, its well and truly above Category 5 thresholds for Australian standards. The system is forecast to move directly over the Northern reaches of the Bahamas which includes the aforementioned Islands during Sunday (overnight Sunday into Monday Australian time) and produce very dangerous, life threatening conditions… what makes it worse is that models are all on board for the the system to stall directly over the region, pumping them for 2 days straight!

The good news for Eastern US people is that models are continuing to trend the system Eastwards where if Dorian doesn’t make landfall over North Carolina then it may not make landfall over the United States mainland at all. This has been a drastic change given only a few days ago, models were indicating a song impact on the Florida East Coast. 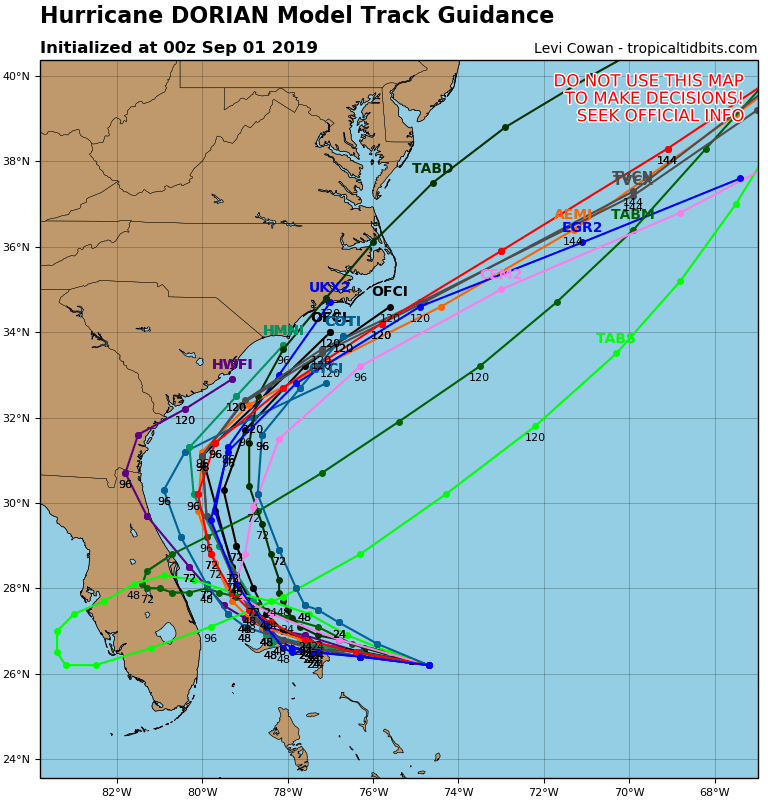 Forecast global ensemble of tracks for Dorian via Tropicaltidbits

So how did this come about?
Originally, models were anticipating a weak ridge to the West of Florida over the Gulf of Mexico with a strong high pressure region over North East USA (New York and surrounds). This combination meant that Dorian was going to struggle to move Northwards and in fact would likely move due West across the Bahamas and into Florida. The ridge over the Gulf of Mexico has since strengthened and moved East further than anticipated whilst the high over North East USA has shifted a little further North and weakened – this has lead to Dorian likely struggling to push West and instead veer more North West and then North before recurving back towards the North East as it interacts with the 2 systems.

Whilst that is good news for people over Eastern USA (maybe not for North Carolina yet, but for everyone else it is… and even if it gets to North Carolina, it will likely be much weaker by then anyway). The recurve has been forecast for a number of days to occur directly over the Bahamas. The system is expected to start impacting the area during Sunday and may not ease until late Tuesday. This scenario means that while Dorian is at peak strength (near Category 5), it will be pumping the Northern Bahamas with very destructive winds which will undoubtedly cause power and communication failures, cause significant damage to well structured buildings and deforest large areas of bushland. Relentless torrential rain is also likely to occur with areas of 400-600mm likely to occur and localised falls of up to 1000mm being forecast on multiple models. An extremely dangerous storm surge is also expected across most Islands due to their vulnerable nature. All of these threats are likely to pose a significant risk to human and animal life!