Could Iris become a Cyclone in the next 48hrs?

Home > News  > Could Iris become a Cyclone in the next 48hrs? 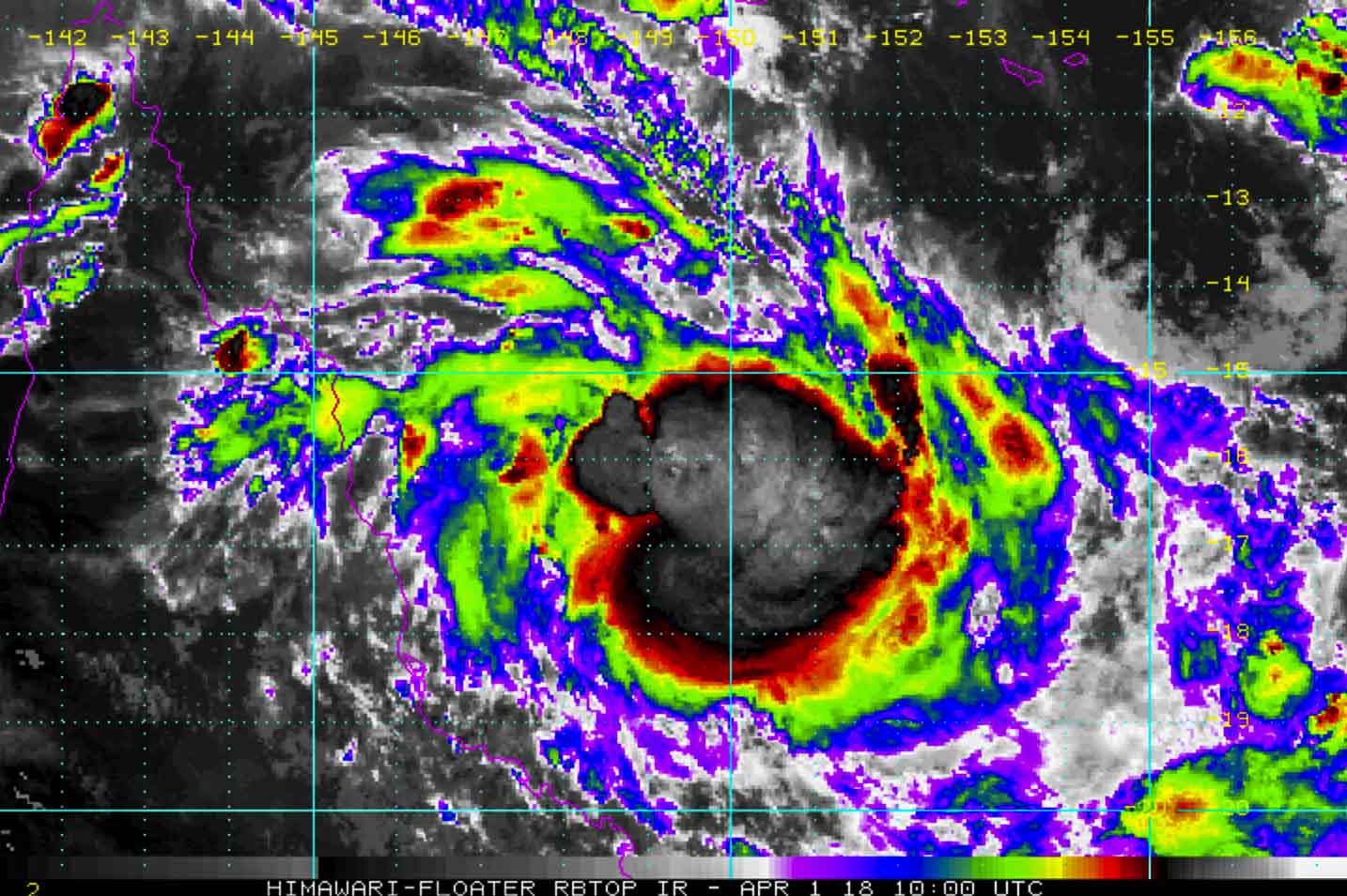 01 Apr Could Iris become a Cyclone in the next 48hrs?

Iris is the gift that keeps on giving… and now it looks like she could be reclassified off the Tropical North QLD Coast over the next 24 to 48s. Above image via NOAA – Rainbow Satellite imagery.

After only being a tropical cyclone for less than half a day, Ex-Tropical Cyclone Iris has circumnavigated around the Coral Sea and is now nearing the Tropical North QLD Coast as a strengthening tropical low. The system is expected to move slowly South off the Tropical North QLD Coast and enter a more favourable environment with decreased vertical wind shear and strong sea surface temperatures over the next 24 hours and this has lead to global models coming into a agreement that Iris could become reclassified as a Category 1 Tropical Cyclone either during Tuesday or early Wednesday.

The Joint Typhoon Warning Centre has already placed Ex-Tropical Cyclone Iris /  Remnants of Tropical Cyclone 17P on a Tropical Cyclone formation alert. The Bureau of Meteorology have also followed suit with a moderate risk of Ex-TC Iris being upgraded to a cyclone strength system on either Tuesday or Wednesday. 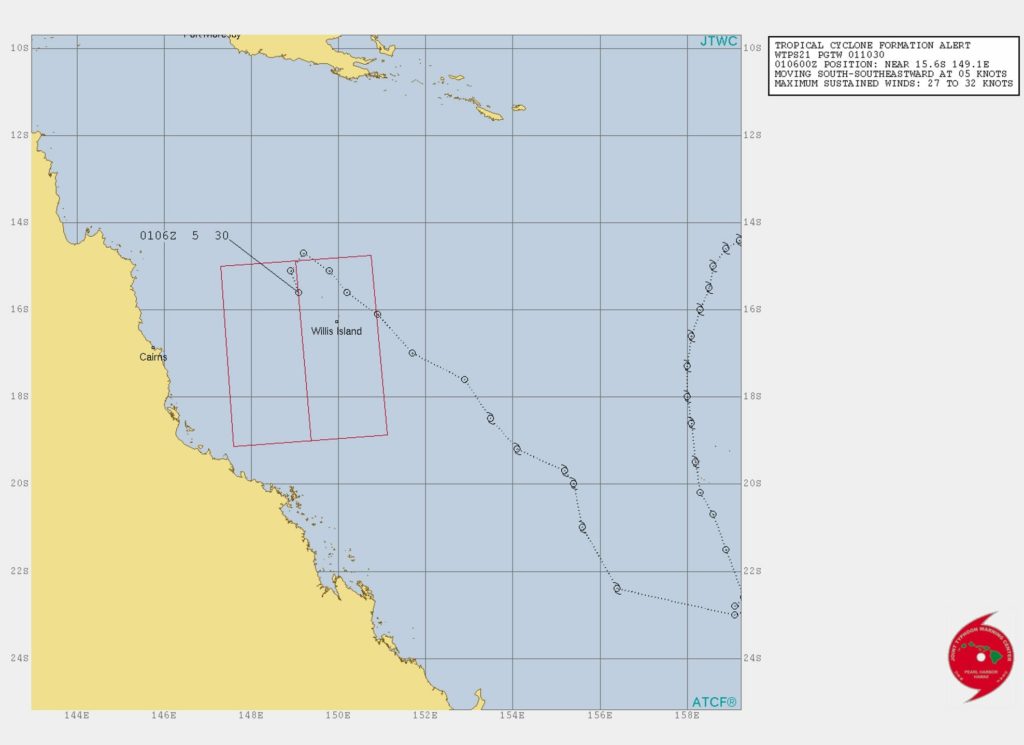 The only thing this will inevitably change is the wind speeds along the Coast between the Central Coast and Whitsunday region and the Tropical North QLD Coast. As the system nears this area, some strong to damaging winds in excess of 90km/h may flick onto the exposed Coast and cause some squally rain areas. Rainfall totals should be mostly unchanged and there is a slight chance of a swell increase also. The system is NOT expected to cross the Coast at this stage, however it is being closely monitored due to its close proximity to the Coast. 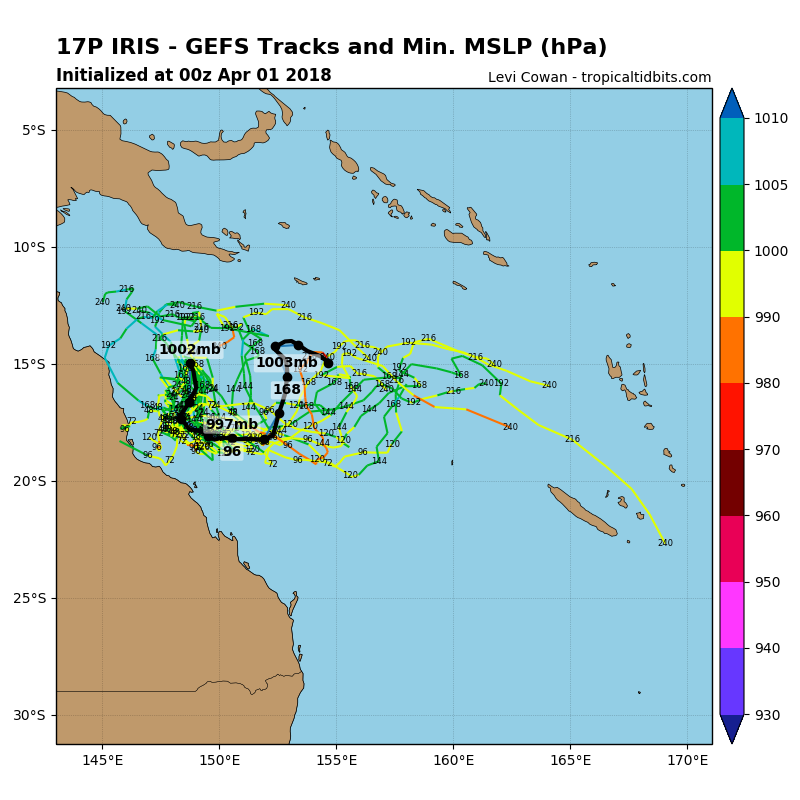 GEFS ensemble forecast tracking as of April 1st via Tropicaltidbits (Black line is most favourable).