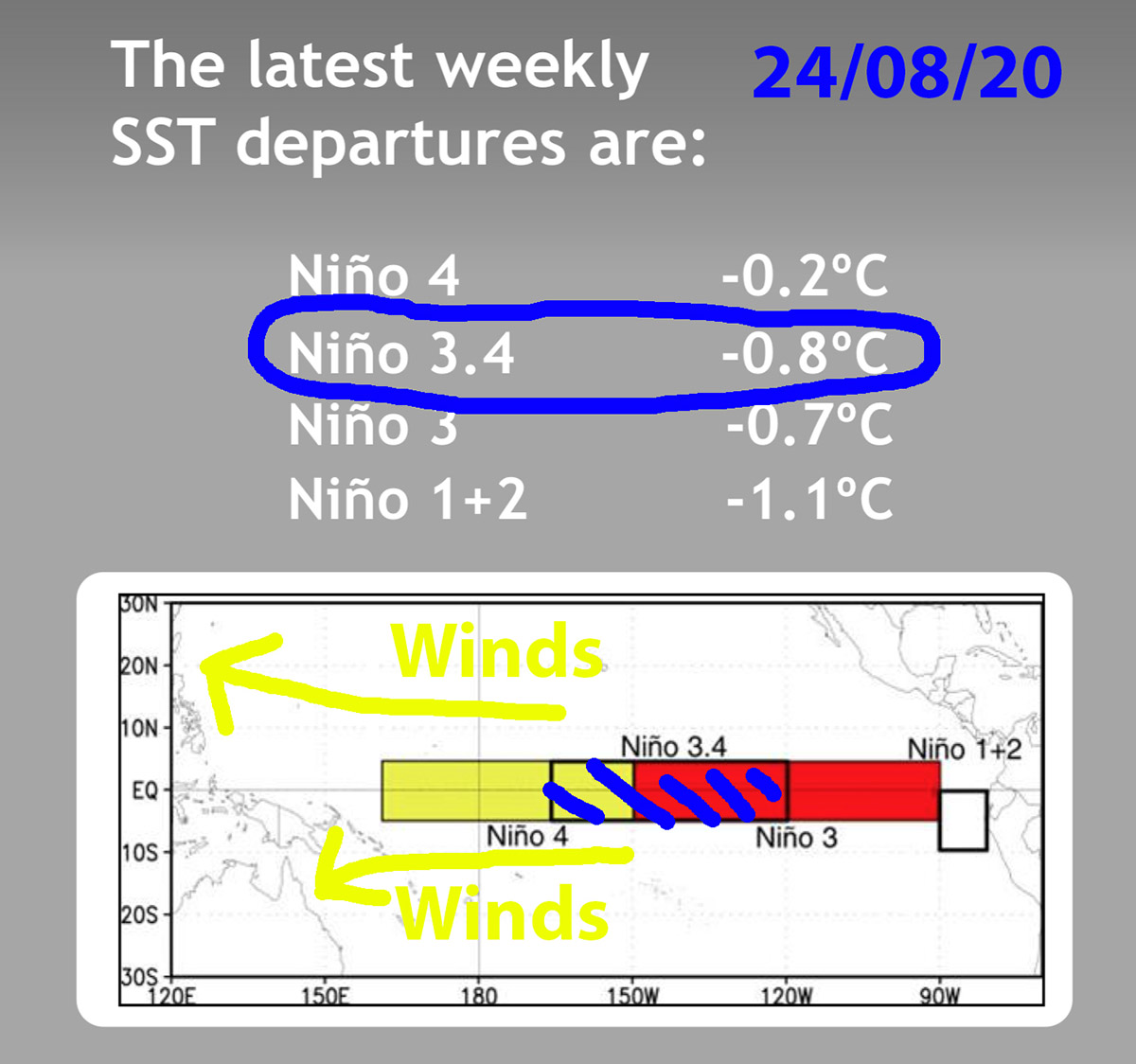 Posted at 10:44h in Forecast by Jeff Higgins 0 Comments
0 Likes

[wp_ad_camp_3]
Issued 25th August 2020. The Nino 3.4 region has recorded -0.8C below average sea surface temperatures on the 24th of August 2020. This is now at the official Australian threshold for La Nina. Low level 850-hpa Easterly trade winds are stronger than normal across the Western Pacific which is supportive of a developing La Nina. Suppressed convection and precipitation has been observed across the Western Pacific which is also supportive of a developing La Nina. The Southern Oscillation Index has remained positive. Above image via CPC NCEP NOAA

A majority of global forecast models including BOMs ACCESS S1 already suggest that a La Nina weather pattern is VERY LIKELY during the rest of 2020 possibly into early 2021. Below image via CPC NCEP NOAA [wp_ad_camp_4]
To officially be declared a La Nina, the -0.8C SST in the Nino 3.4 region will have to be at least maintained or cooler for a number of weeks along with all the other supportive atmospheric anomalies. La Nina weather patterns often bring increased Tropical Lows and Cyclones, increased rainfall and storms with a higher risk of flooding across large parts of Australia. Interesting times ahead with high hopes for good rainfall across Northern and Eastern Australia over the next 6 months! Below image: La Nina example from BOM 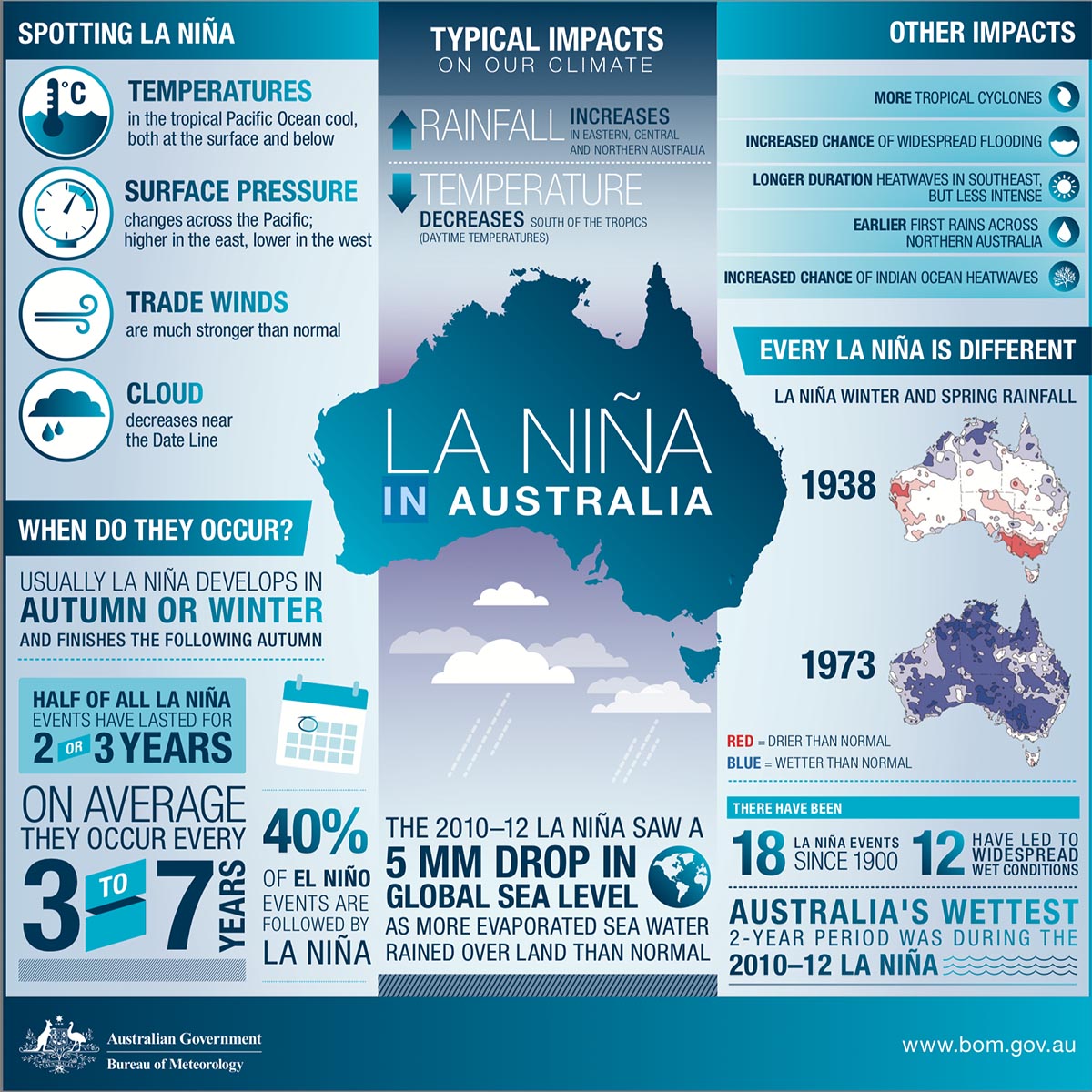 Long range 1 month and 3 month rainfall and temperature maps including a cyclone season outlook and map is available through our Higgins Storm Chasing weather subscription service HERE! Become a HSC premium member today and you will know what weather to expect…