Major Hurricane Dorian is expected to threaten the Bahamas during Sunday and Monday with potentially life threatening conditions depending solely around where the system tracks. There is the potential for not only immense destruction but life threatening ramifications based off some of the latest data. Above image currently satellite imagery via RAMMB / CIRA with the purple cone showing where Dorian is likely to track.

All of the focus has been over the United States and what Dorian could do to Florida… however the system is expected to move across the almost forgotten Bahamas before it even starts to arrive in Florida. The latest data has Dorian as a mid range Category 4 strength system with sustained winds of 140mph (225km/h) and much higher gusts (potentially reaching 300km/h) likely – this is the equivalent of a Category 5 system in Australia. Dorian is forecast to continue to move through an environment that has sea surface temperatures of around 29-30ºc and low vertical wind shear. This will allow the system to continue to intensify slowly, after going through a very rapid intensification process over the past 12 hours or so where it dropped 22mb and increased from a Category 2 to mid range 4 system. 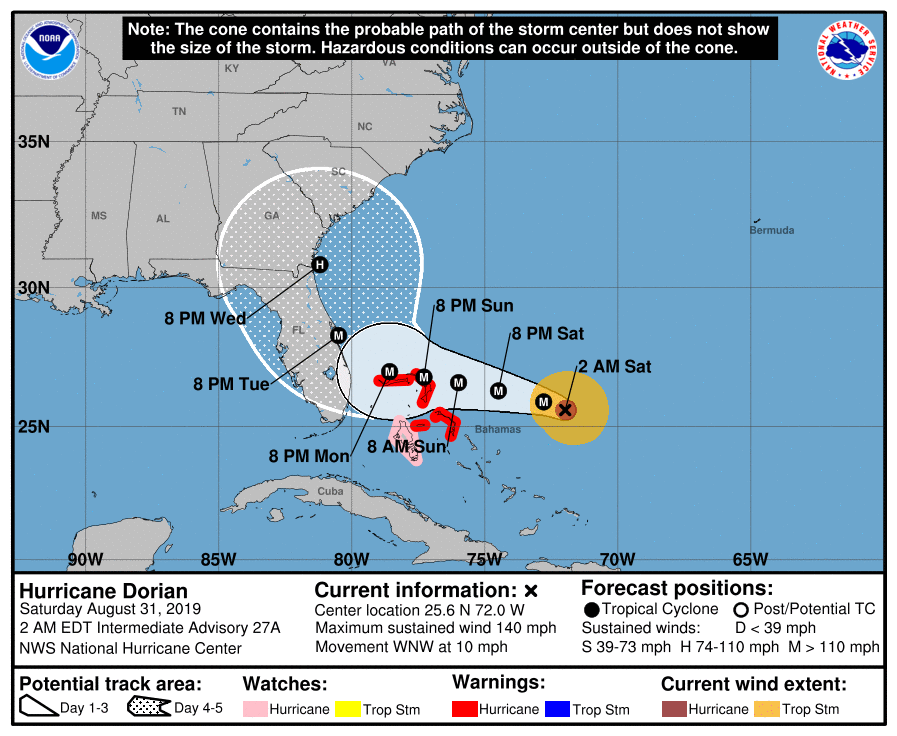 During this time, Dorian is expected to peak at around 150-155mph sustained winds (Category 5 is 157mph) and it may reach Category 5 strength if it exceeds expectations (which it has so far to this point). As Dorian starts to peak as a high end Category 4 or possible Category 5 system, its expected to either move directly over the Northern Bahamas or just North / East of them. The good news is, the system is quite small in overall size, so the destructive core is quite confined – the bad news is, many models have a direct hit for the Bahamas and have so for a few days. Global forecast track consensus by Tropicaltidbits showing Dorian either directly hitting or narrowly missing to the North of the Bahamas.

We HOPE that the system does miss. But if it was to directly hit the Islands of Grand Bahamas, Abaco Islands, Moore’s Island, Grand Cay and potentially Harbour Island… then the intensity of the system will be strong enough to cause significant structural destruction where well structured buildings may suffer completely destruction. Widespread complete loss of power and communications. Significant tree deforestation. Torrential rainfall will also pose a significant threat to flash flooding which may pose a threat to human life as well. A very dangerous and life threatening storm surge is also forecast. We can only hope for the best in this situation, but we need to respect the potential too as we have seen in previous years over Puerto Rico.

We will post in the future about Florida, but off the latest data – Dorian may not even hit Florida anymore, so the respect and focus NEEDS to switch to the Bahamas. 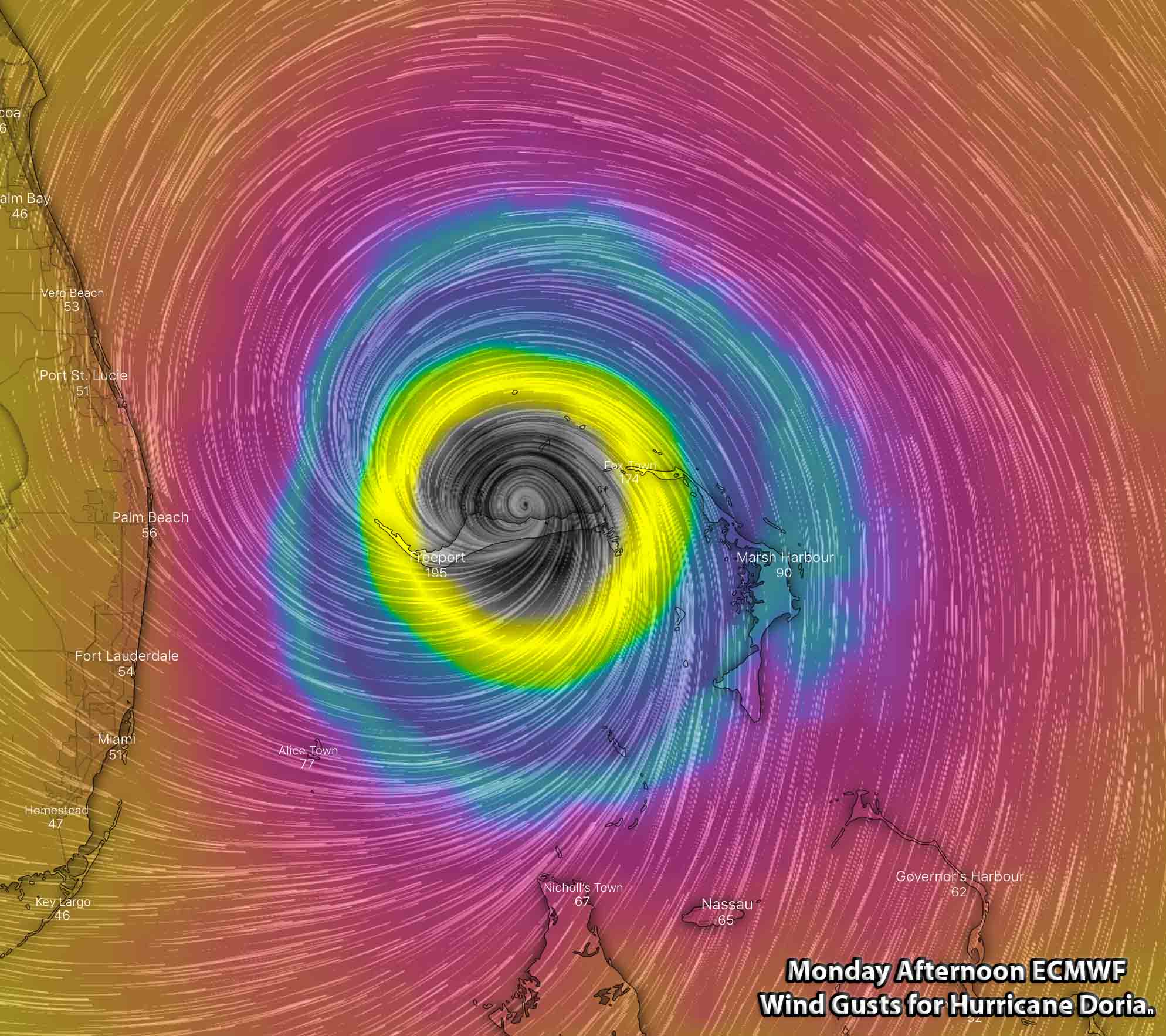 ECMWF Forecast for Monday afternoon showing Dorian directly over Grand Bahamas / Freeport (this is only 1 model possibility). Image via Windy.