A cold front has moved through Tasmania this morning and has made way for a burst of freezing air to impact the region tonight and tomorrow morning leading to low level snowfall! Above image via Weatherzone

A cold front moved through Tasmania this morning bringing strong to damaging wind gusts and some reasonable rainfall as expected. Wind gusts of 93km/h were recorded on Maatsuyker Island off the South Coast of Tasmania while Mount Read record a 91km/h gust. Several other locations recorded winds of 80-90km/h during the morning and early afternoon. As for the rainfall falls of up to 20mm occurred to 9am over the Western districts of TAS and up to 15mm from 9am to 2pm over the Southern districts. Again, nothing out of the ordinary, but its the cold air which is now moving overhead that is about to change things up. 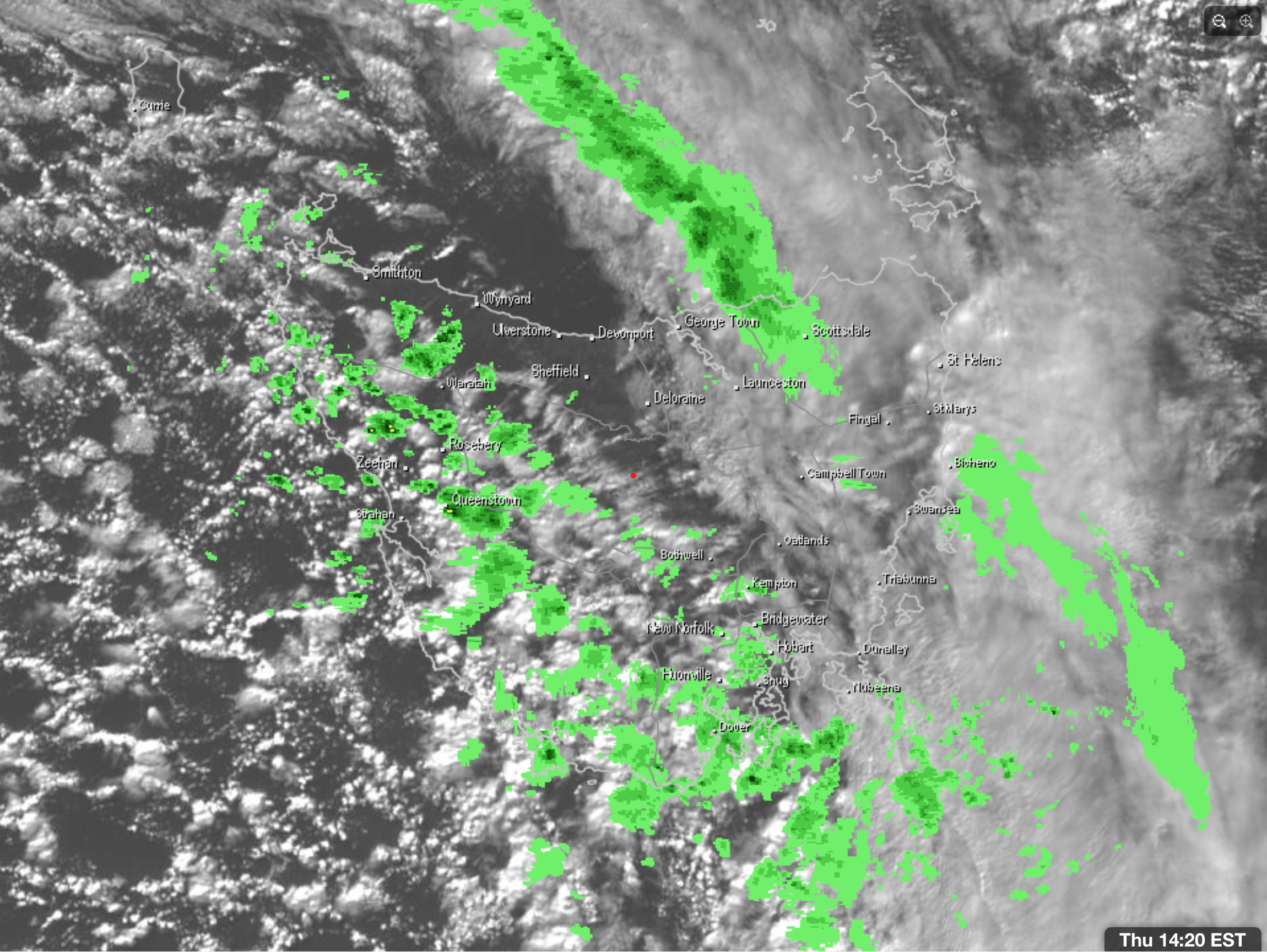 2:30pm radar and satellite of Tasmania showing the showers impacting the West via Weatherzone

Satellite imagery at 3pm was showing a large area of speckled cloud coverage starting to impact Western Tasmania behind the cold front, and spreading into the Eastern Bight. This speckled cloud coverage is indicative of very cold air which usually results in snowfall. Global models are indicating that from now (3pm Thursday) until mid Friday morning, an upper trough with much colder than normal temperatures of -5 to -7ºc at 1500m ASL is expected to impact the entirety of Tasmania. This very cold air is expected to combine with a narrow period of increased moisture content to produce snowfall to low levels across Tasmania, likely down to 300m and possibly down to 200m. This should lift on Friday morning to around 500m and then gradually during the afternoon before snowfall stops. Despite low level snow occurring, only 10-15cm is expected in the TAS Highlands and this is due to the narrow timeframe that moisture will be active over the region. Only a dusting is expected below 500m.