Another round of low level snow is possible across Tasmania tonight as a burst of Antarctic air moves through. Above image via BSCH showing the cold air (circled in yellow) approaching.

A cold front is expected to move through Tasmania this evening bringing strong winds (possibly damaging to elevated regions) and shower activity. The best falls are expected across the Western half of the State where falls of 25-40mm are expected, and isolated higher totals cant be ruled out due to the constant onshore flow trailing in behind the front which will occur all night. Its the cold air behind the front though that is the focus.

Frigid Antarctic air is expected to trail in behind the front and cover the entire State overnight Saturday into Sunday. This frigid air, where temperatures may drop down to as low as -7 or -8ºc in the South at 1500m ASL, and -5ºc in the North at 1500m ASL will mix with just enough moisture to produce snow down to 200m with unsettled snow possible to even lower levels over the Far South. As the cold air moves through, snow levels should begin to rise to about 500m during late Sunday morning and 800m later in the day. Despite the low snow levels, totals are expected to be limited with just flurries below 500m, 5-10cm over Mt Wellington and put up to 15cm possible over the Cradle Valley 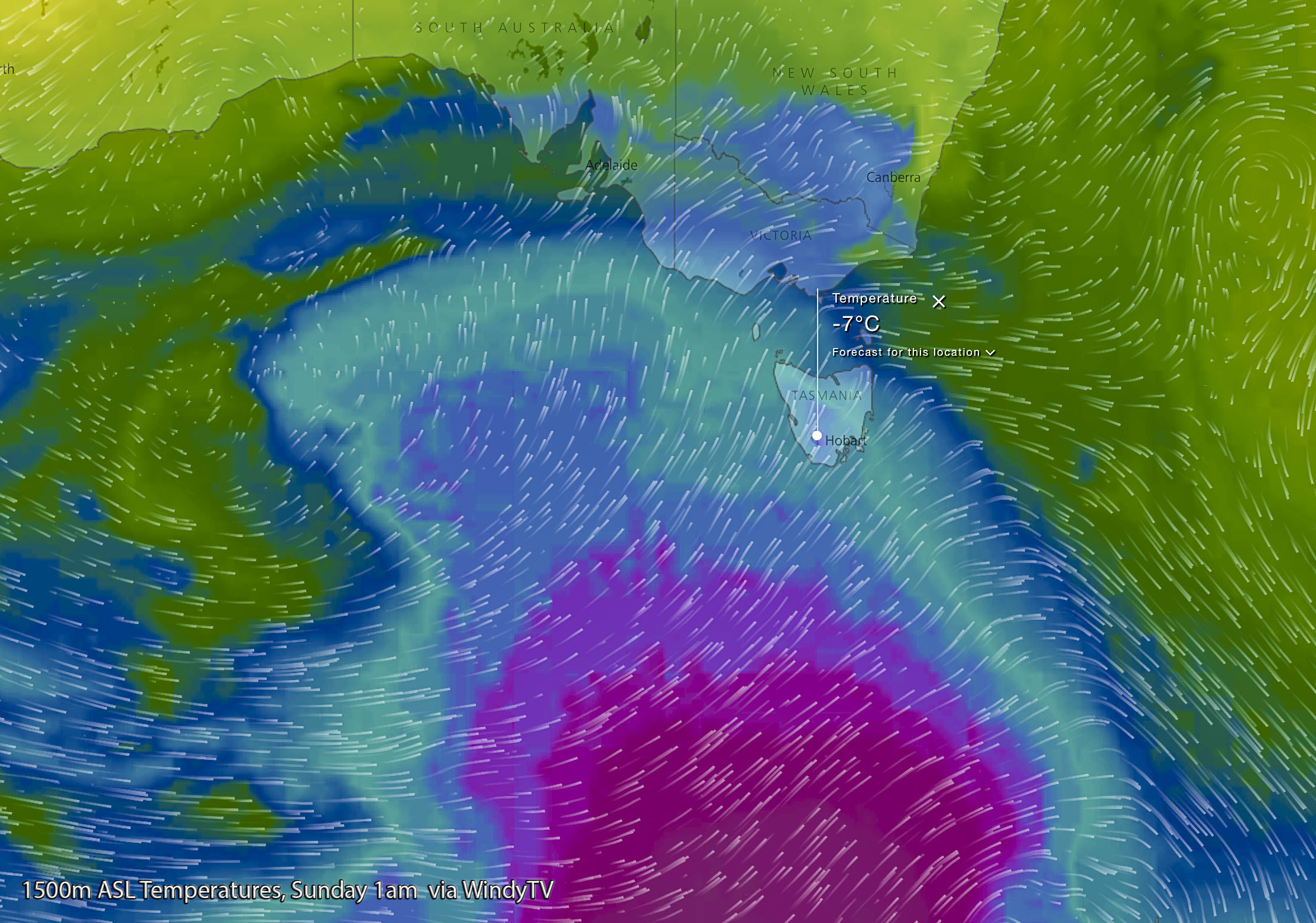 During Sunday, temperatures may struggle to reach double digits across large parts of the State with the South to South-Westerly flow remaining active over the region, and this will make it feel more like 0ºc at times (especially in the South).