Across the next 3 days or so, the South East quarter of QLD is expect to endure a “potentially” record breaking heatwave. Above image – Maximums for South Eastern QLD via OCF for Monday.

It gets hot in March, but going off the data we have available to us – it doesn’t get this hot. A surface trough is expected to move into the region during Monday, lasting until Wednesday. This trough is expected to draw in hot Westerly winds into the back of it which will combine with very warm and humid Northerly winds. This combination along with a warming air mass is expected to provide the perfect setup for temperatures to scorch into the mid to high 30’s for 3 consecutive days across South East QLD, with some isolated areas pushing 40ºc on Monday. You have to remember that this is March, so we don’t see this kind of heating very often, if at all, across the region – so this will likely be classed as a ‘Severe’ strength heatwave. 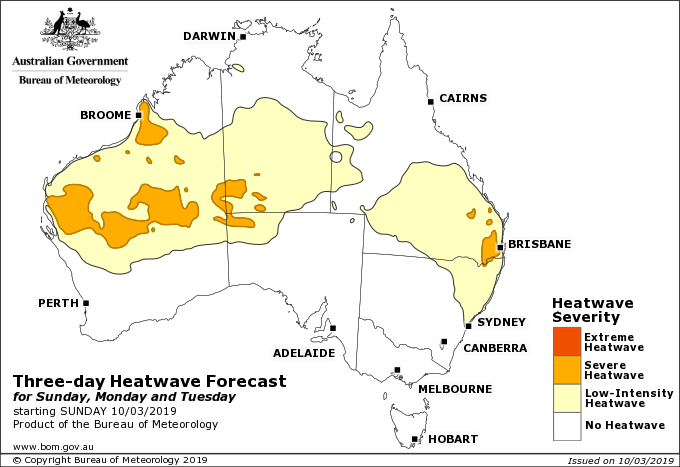 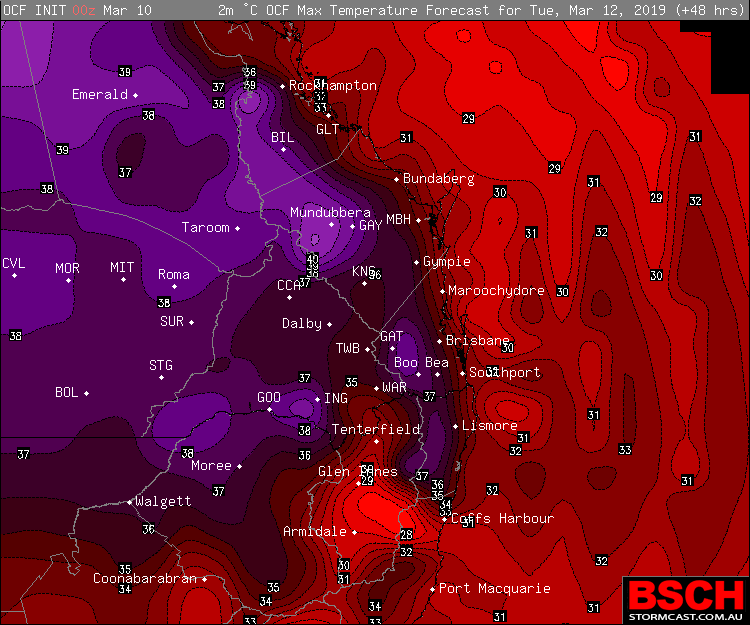 The good news for some, will be that this heat and humidity won’t be for nothing – some storms are expected each day across parts South East QLD. Many places will miss out, but for those who are lucky enough to receive a good storm – then some good rain is on offer as well as some momentary relief from the heat. Just like the good old days. We have to stress though, that some people WILL miss out. Its not the perfect storm setup! For storm forecast details click HERE.

From that small sample of locations, you can see that while March has historically had its moments of high end heating, theres a fair chance this will exceed those moments. Even though its been a fairly hot Summer across the region, and more so dry, with heat streaks broken left right and centre, its still a time to be weary of those who are susceptible to heat exhaustion. The elderly, pregnant woman and kids are the most at risk of heatstroke and heat related illness, as well as pets. Given this heat is happening over week days, it would be advised to pack some iced water or have some cool packs in your kids lunches and maybe even supply them with some sunscreen. 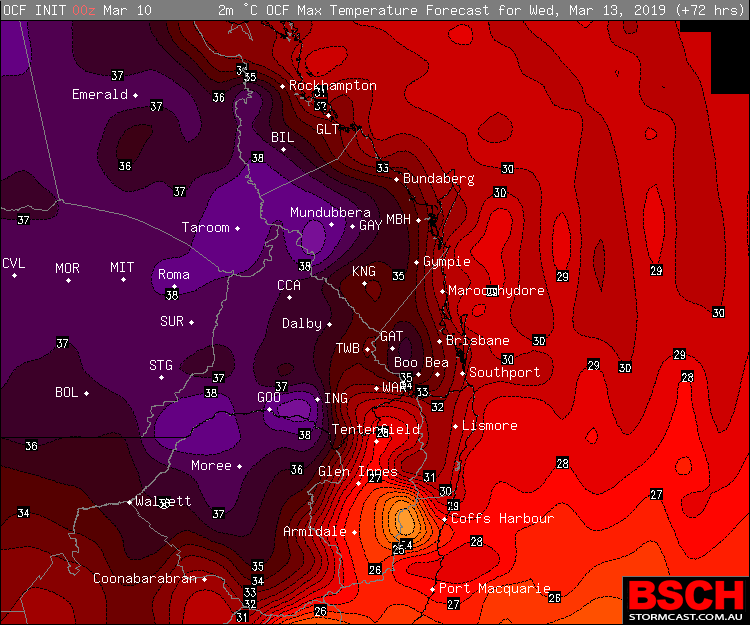