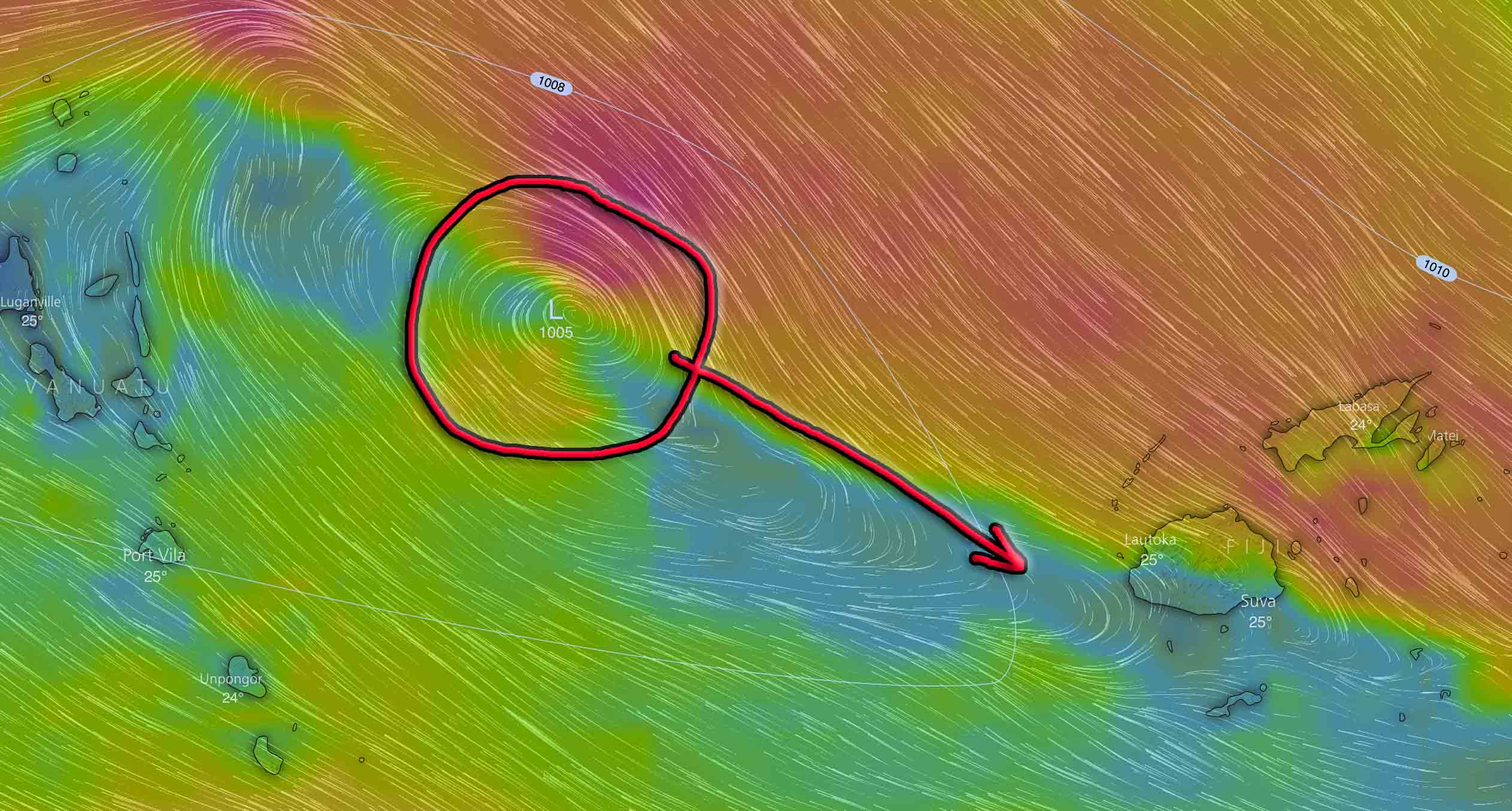 Fiji is currently on watch for severe impacts from a new systems (Invest 91P) after only a week ago being impacted by catastrophic and deadly flooding across Viti Levu! Above image via Windy

Invest 91P (an area of low pressure under an investigation alert) is currently situated roughly halfway between Fiji and Vanuatu in the South West Pacific. The system is slowly developing at the moment but is currently forecast by all global models to track towards the East (towards Fiji) where impacts are likely to begin being felt across the latter part of the weekend. There is a rather large variation in intensity for the system so its hard at this stage to gauge how strong it could be…. however, heavy rainfall leading to further flooding and damaging winds are expected as a bare minimum across Fiji. 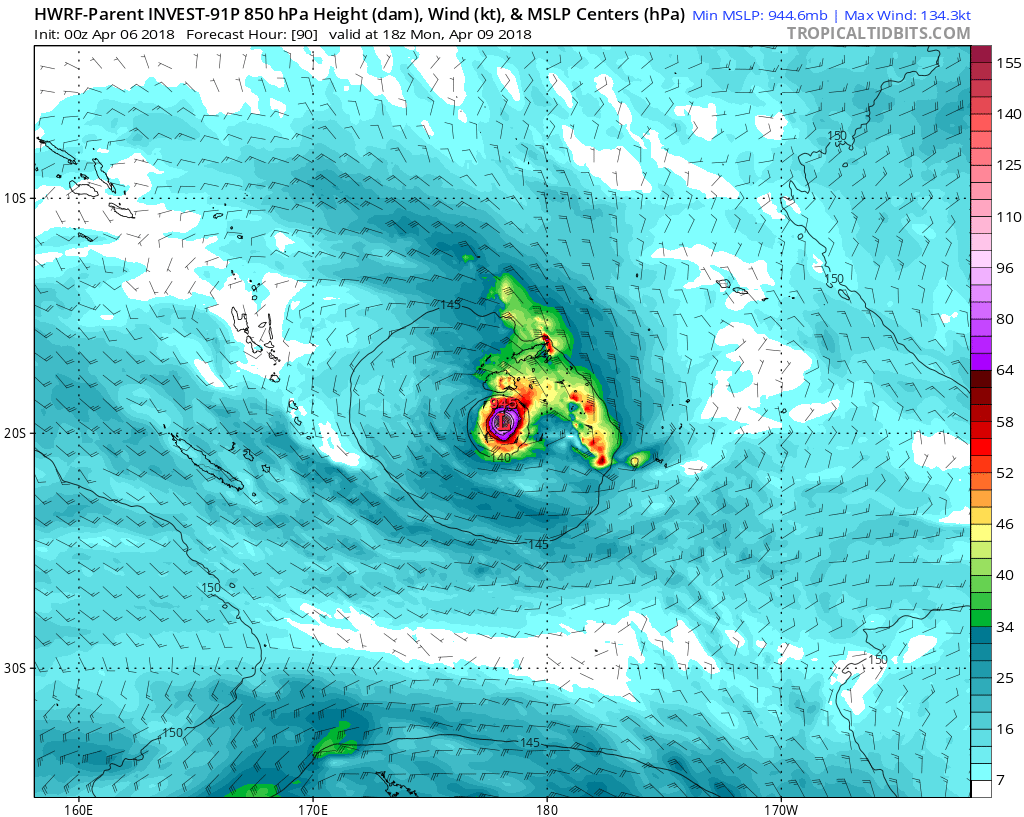 At this stage, widespread falls of 150-300mm are expected across all of the Fijian Islands over the next 5 days with isolated higher falls possible. These kinds of falls, especially so soon after catastrophic flooding have the potential to produce rapid flash flooding and rapid river rises as the systems are yet to recover fully. 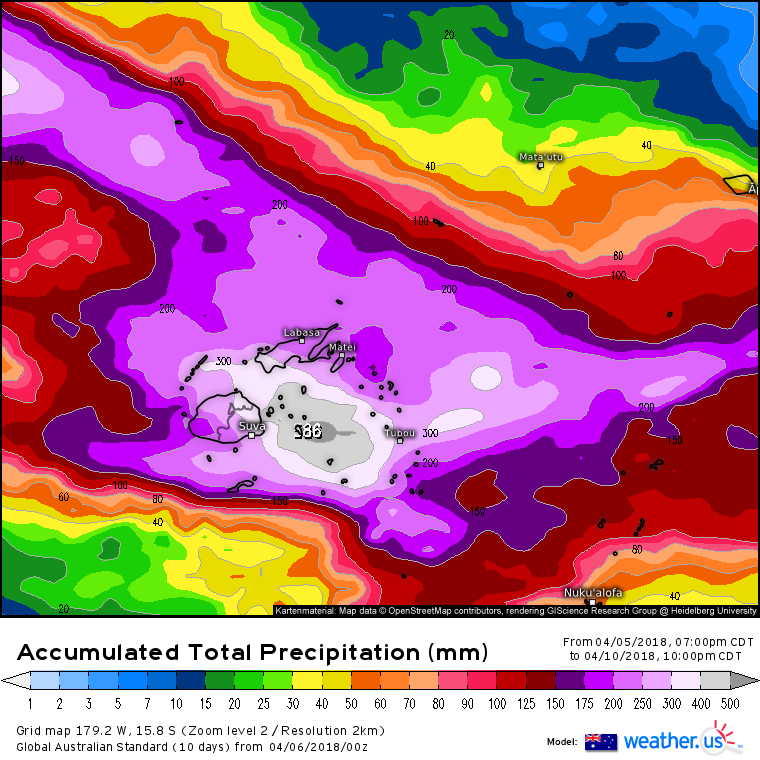 The system is likely to become a tropical cyclone and move just South of Fiji (so not quite a direct hit) – with the Fiji Metservice already placing it under a high threat, but as stated above there is a large variation in intensity. It looks most likely to become either a Category 1 or 2 system near Fiji on Monday and Tuesday, but other heavyweight models are indicating it could be much stronger. Both the tracking and intensity of the system will be something closely monitored over the weekend with further updates possible across the weekend. 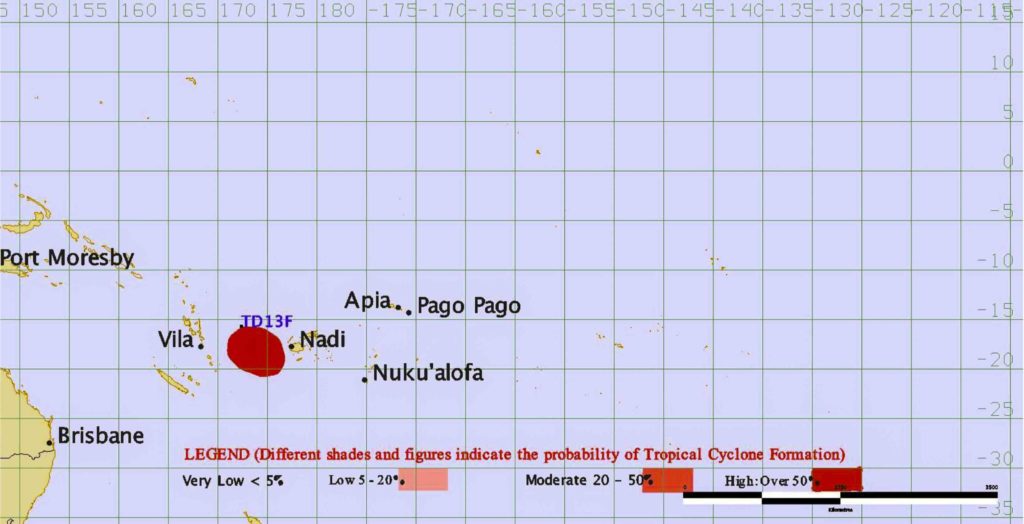