October Records broken in the Biggest Deluge since Debbie 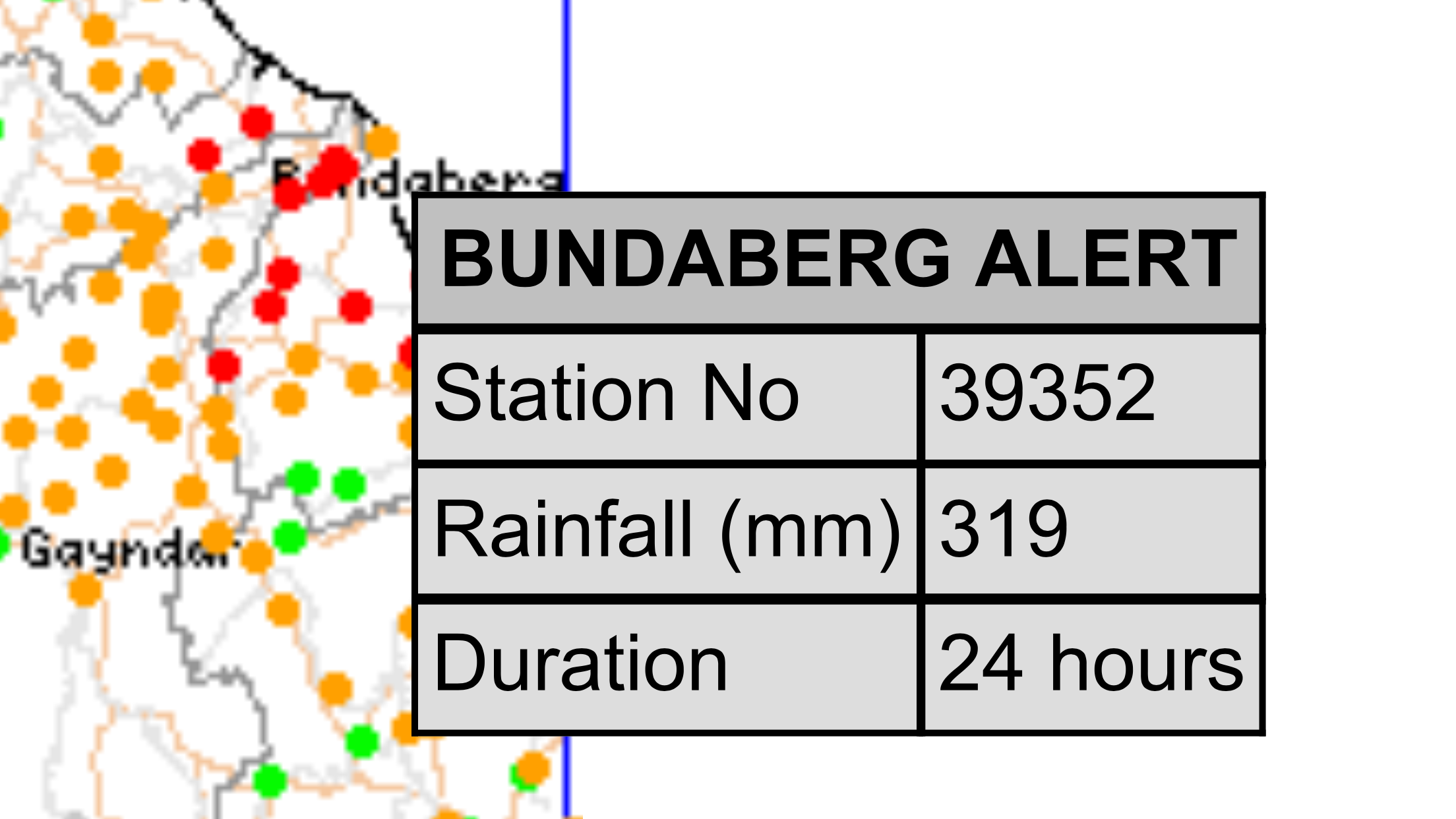 03 Oct October Records broken in the Biggest Deluge since Debbie

Posted at 09:44h in Weather News by Thomas 0 Comments
0 Likes

Over the past 2 days, South-East QLD, the Wide Bay and Burnett, the Central Highlands and parts of the Capricornia along with some isolated parts of Southern Inland have been blessed with their highest rainfall since Cyclone Debbie… for some its been even longer!

The rain began over the Central Highlands on Sunday and into Monday morning where most places picked up what was forecast. Scattered falls of 50-100mm were recorded between Emerald and Roma / Injune and isolated falls of 100mm+ were also seen. The better falls for the “day” (being 9am Sunday to 9am Monday) were Belyando Crossing (153mm), Castle Creek at Theodore (134mm) and Peakvale (111mm). Peakvale also managed an impressive 93mm in just 3 hours. Emerald picked up 66mm (highest daily total since July 2016), as well as Benaraby (South of Gladstone) scoring 90mm. 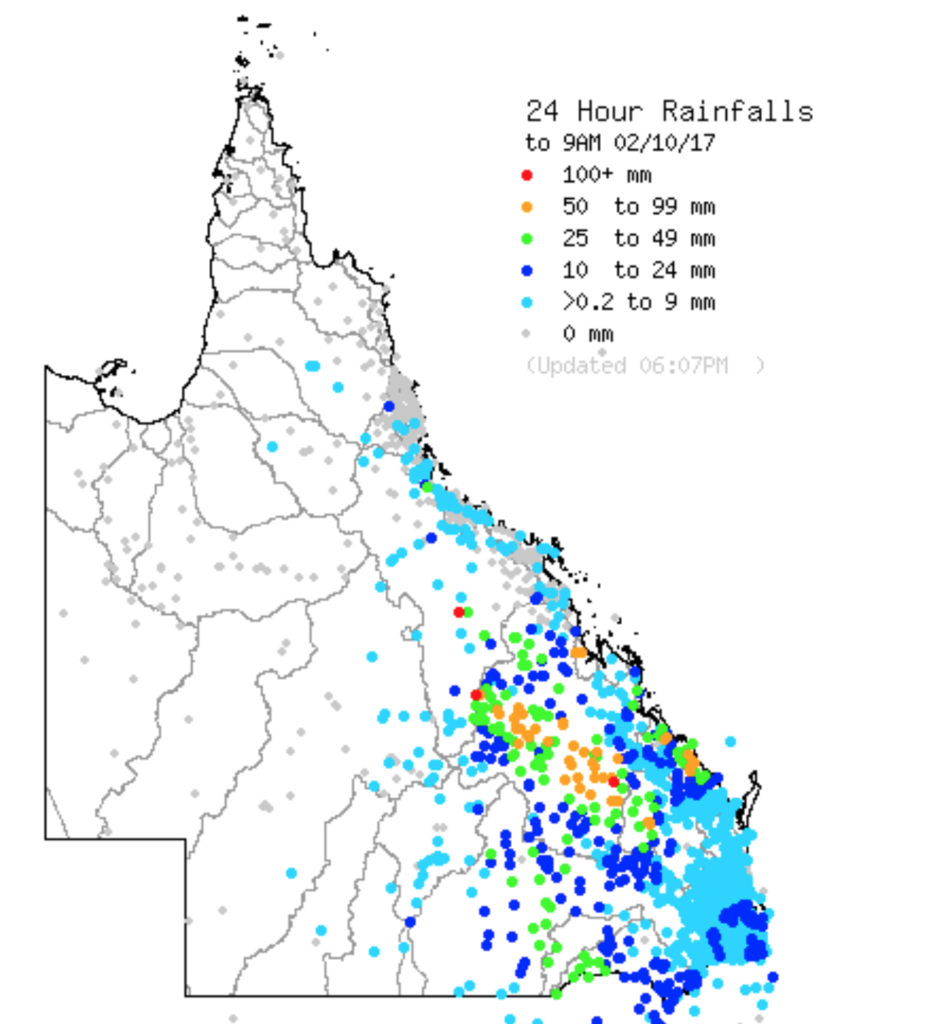 Official 24hr totals to 9am, Monday October 2nd via BOM

The more severe weather, as expected, came through on Monday and putting aside the 3 waterspouts which came ashore as tornadoes (1 at Avenell Heights, Bundaberg, 1 at River Heads and 1 follower confirmed over Western Fraser Island), Bundaberg copped an absolute hammering under a convergence zone which saw torrential rain lasting for up 6-12hrs. 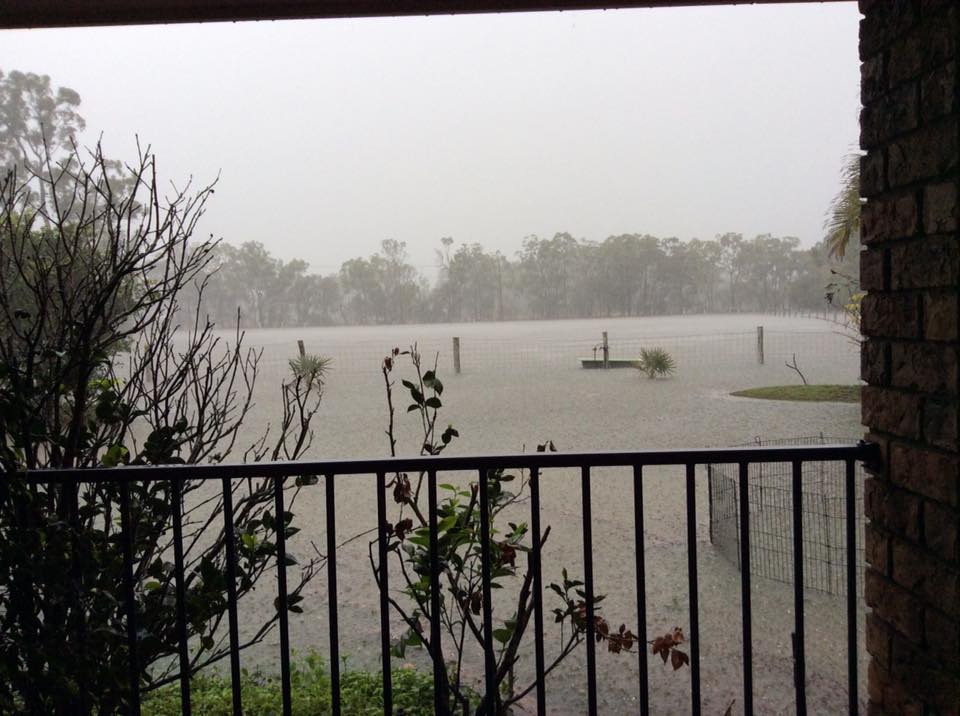 Widespread flooding across parts of Bundaberg – this taken by Trish Stegert Smith after 250mm of rain had fallen. 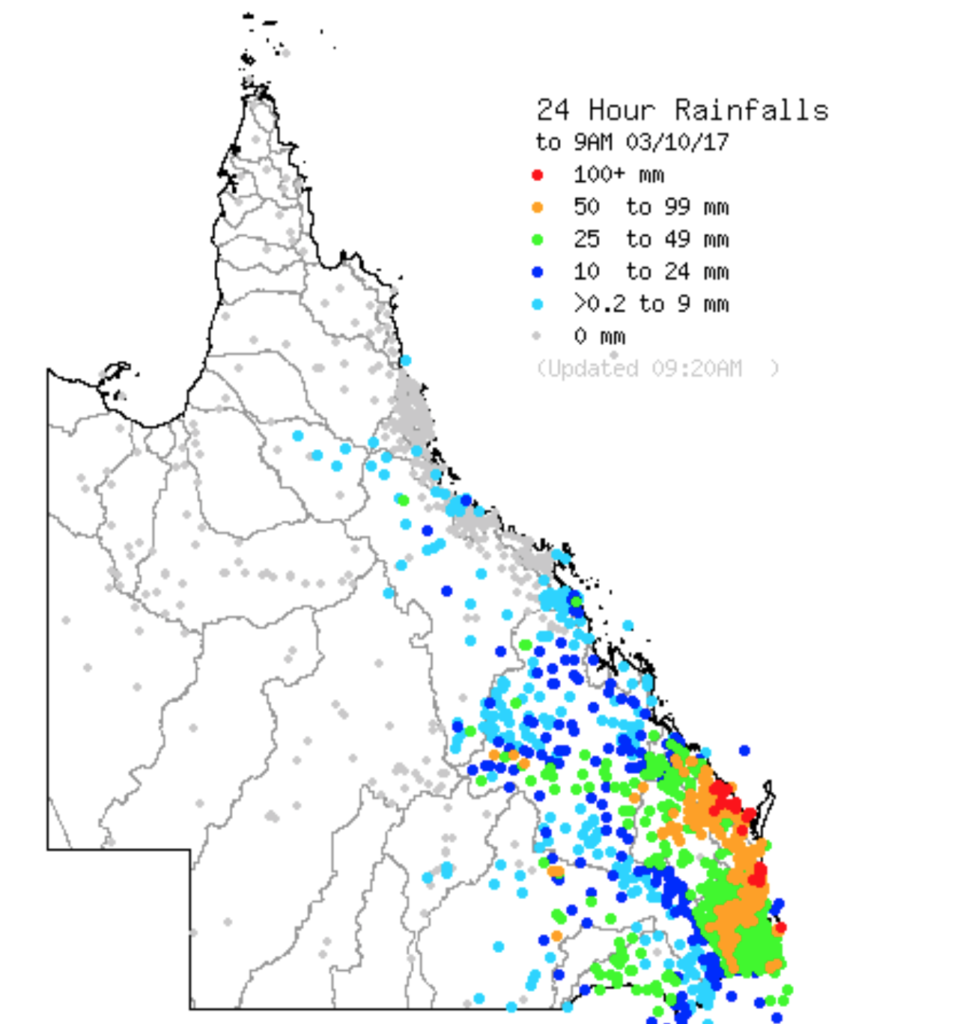 Official 24hr totals to 9am, Tuesday October 3rd via BOM

Its worth noting, the Bundaberg AWS total of 239mm has smashed the October Record of 199.6mm. Its also the heaviest total Bundaberg has seen since January 27th, 2013 when only 13mm more occurred. Hervey Bay with 105mm has also broken its October Record (albeit a short list of records to go off) and its had its heaviest daily total since January 27th 2013 as well. Its also worth mentioning that there have been several unofficial totals around the Bundaberg to Woodgate area of 350-400mm+. This is highly possible given the circumstances. 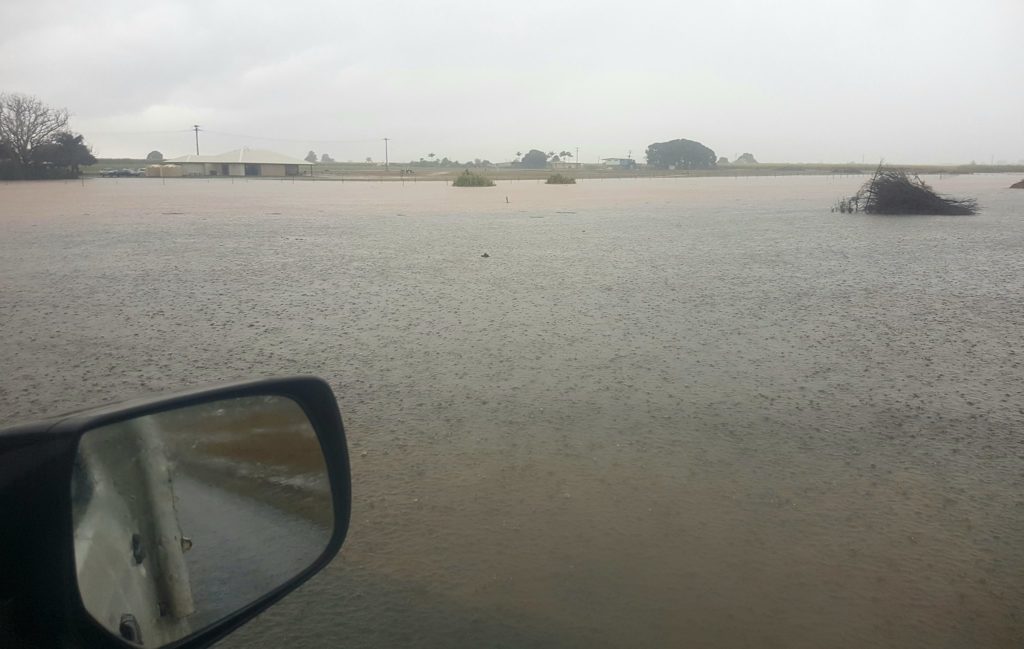 Its also worth mentioning that some places didn’t quite live up to expectations. The Darling Downs, despite always being forecast to receive some of the lower totals of this event, didn’t really pick up much more than about 15mm unless you were over the Southern Downs near Goondiwindi. Despite good falls of 25-50mm over the Gold Coast, the general falls didn’t quite live up to the 50mm+ potential that models were showing up to 48hrs out. 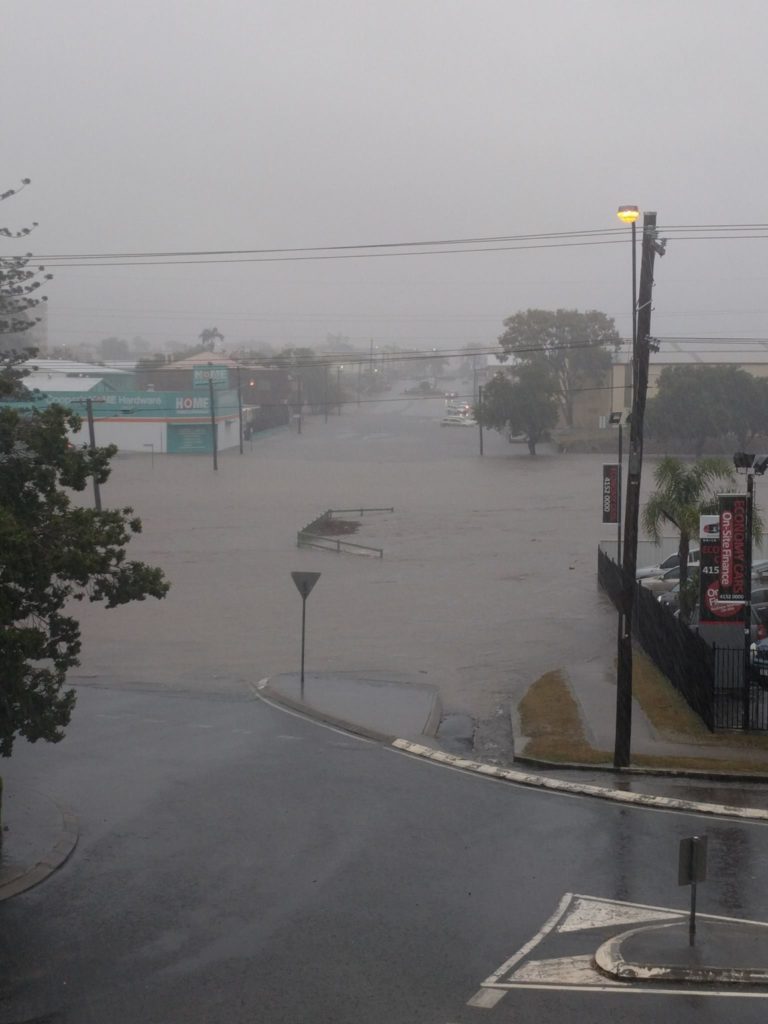