Issued Tuesday, July 16th 2019. Australia is expected to experience a partial lunar eclipse during Wednesday morning, giving some reward to those who are willing to brave the cold to watch the phenomenon, and some reward for those who have a tedious winter morning school run.

A partial lunar eclipse is when the Earth passes between the sun and a full moon, but they don’t precisely align. When they precisely align, thats when a full lunar eclipse occurs, however in this scenario only part of the moon turns a reddish hue. A lunar eclipse (or partial eclipse in this regard) can last for as long as 3 and a half hours, however this one for Australia will be lasting a little over 60mins over Eastern areas and between 2 and 3 hours over Central and Western parts of the Country.

Unfortunately for those in Southern & South East South Australia, Southern & elevated parts of NSW, much of Victoria and the entirety of Tasmania – heavy cloud coverage is expected to hinder the viewing process during Wednesday morning. Eastern & Northern NSW, large parts of QLD, the NT and WA as well as Northern SA should be much clearer and these areas will be the most ideal for viewing. 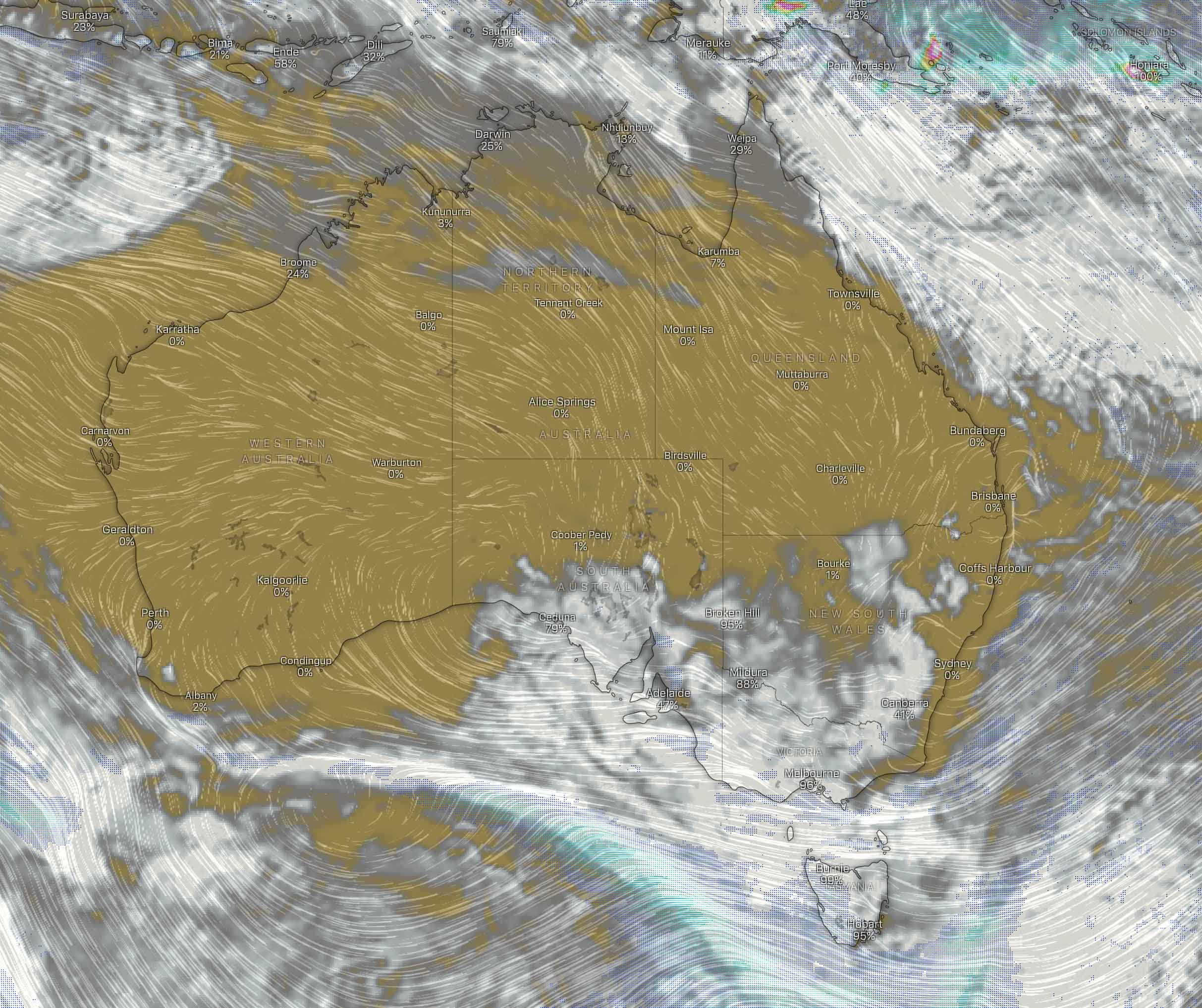 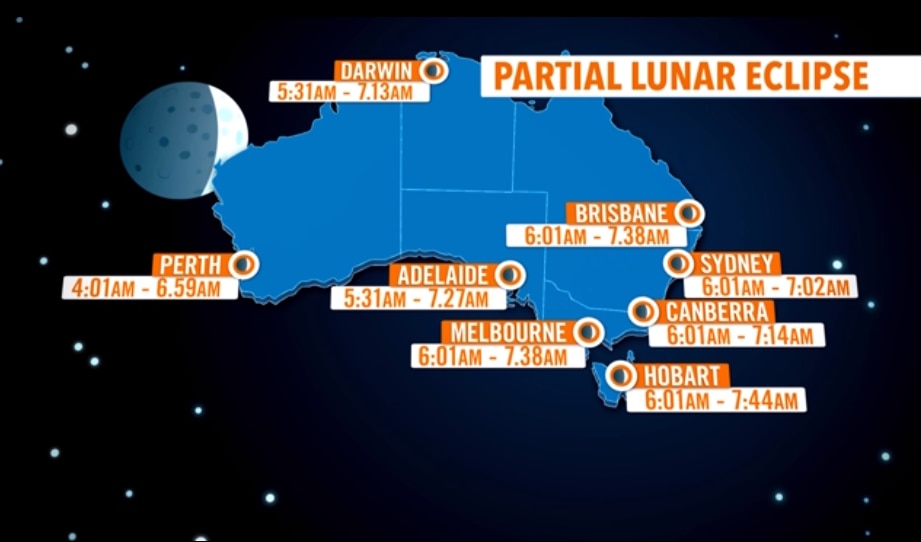 Times for Partial Eclipse via 7 News