Potentially one of the driest TC’s in history.

Home > News  > Potentially one of the driest TC’s in history.

12 Mar Potentially one of the driest TC’s in history.

Typically, tropical cyclones and tropical lows are renowned for their phenomenal rainfall… causing widespread flooding (mostly major flooding) across populated areas along the QLD Coast. Invest 90P or Tropical Cyclone Linda could be the opposite.

While I don’t have stats for rainfall deficient tropical systems… I don’t need to look up stats to see this could be one of the driest tropical cyclones in recorded history, any lower and there would be no rain.

The dominating factor is that over the previous week up in North QLD, the atmospheric profile was at maximum moisture levels up to anywhere between 55,000 and 70,000 feet. Thats an absolute mammoth amount of saturation and water that is eventually going to fall. This system is showing “reasonable” moisture content up to around 15,000-20,000ft and very very dry air above that. That means the moisture profile is weak and the showers will be lighter. This is all coming about due to a tongue of dry air moving in from the West in association with the blocking ridge that will prevent the system from moving over land. This tongue of dry air, similar to producing a capping inversion on a storm day, has the ability to suffocate rainfall potential. 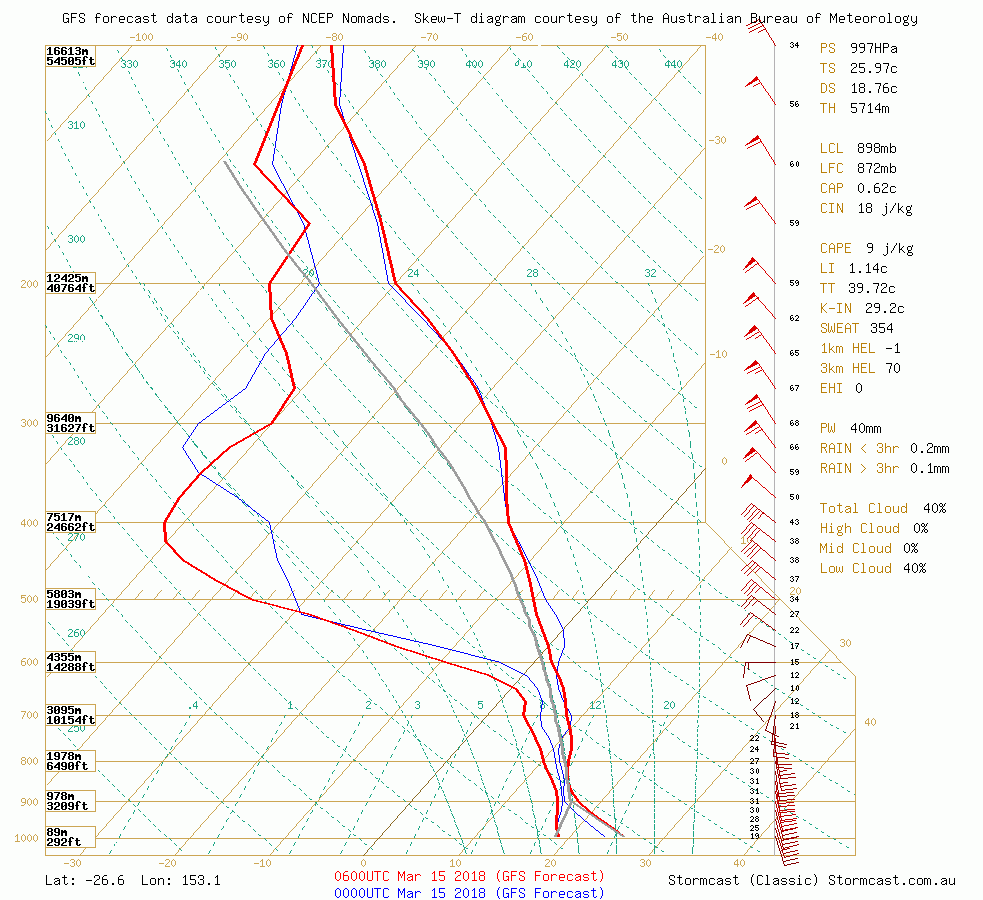 Other factors include – the system is forecast to be very fast moving which will mean there is less prolonged rain periods. The system is also expected to be anywhere from 200 to 500km offshore which means while the winds should be strong as they wrap around the Southern and Western flanks, the rain periods will also be more scattered rather than constant and widespread. There is also a rarer factor involved which isn’t typically seen…

All in all, only 20-40mm is expected over the Sunshine Coast and Fraser Coast regions across a 3 day period of Wednesday, Thursday & Friday, with lighter falls further North and only about 10-20mm across the remainder of South East QLD and Far Northern parts of NENSW. As you go further Inland, the rainfall expectations are basically non existent.