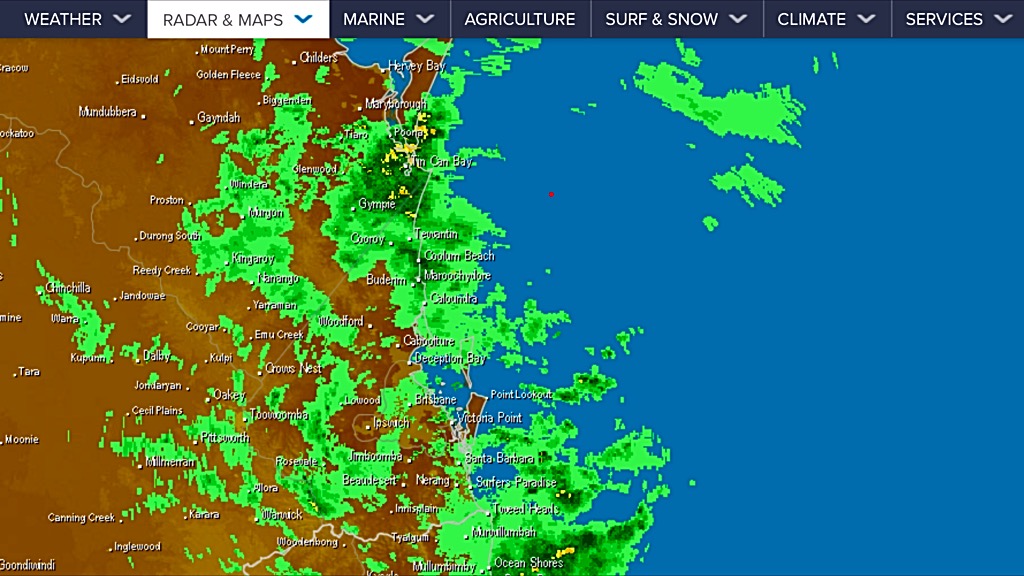 While Central and North QLD have copped an absolute May drenching, the rain is increasing across South East QLD on Friday! Widespread 25mm is likely with isolated falls of 50 to 100mm possible. Above image via Weatherzone.

A surface trough developed along the South East coast on Thursday night delivering scattered falls of 25 to 50mm with isolated falls of 50 to 100mm between Brisbane and the Sunshine Coast to 9am on Friday. Banksia Beach on Bribie Island has topped the count so far with 109mm.

At 11am on Friday surface trough is currently located from Fraser Island to the Sunshine Coast where moderate rains areas are occurring. This trough is forecast to slide further South across the South East Coast during the rest of Friday and into Friday night. Scattered showers, rain areas with possible moderate falls and isolated storms are likely from Tin Can Bay to Coolangatta. The best falls are forecast along the coast tending lighter the further inland you go. Kingaroy, Toowoomba and Warwick are expected to see mainly showers at this stage. Gladstone, Bundaberg, Hervey Bay and Maryborough will also see scattered showers and light rain areas but again totals are not expected to be significant.

Temperatures will remain cool under the rain and cloud with most locations struggling to a top of 20c. Winds will remain light from the South to East.

On Saturday and Sunday some lingering instability is forecast to produce scattered showers and possible isolated storms South from Bundaberg to Taroom, East from Roma to St George. Rainfall totals on both days are expected to mainly be from 5 to 10mm unless a storm dumps 20mm under it.

Fine conditions will return on Monday and continue through the week as a high pressure ridge becomes established. Below image: Rainfall forecast totals via WindTV

Subscribe to HSC here for detailed forecasts and maps across SEQLD! 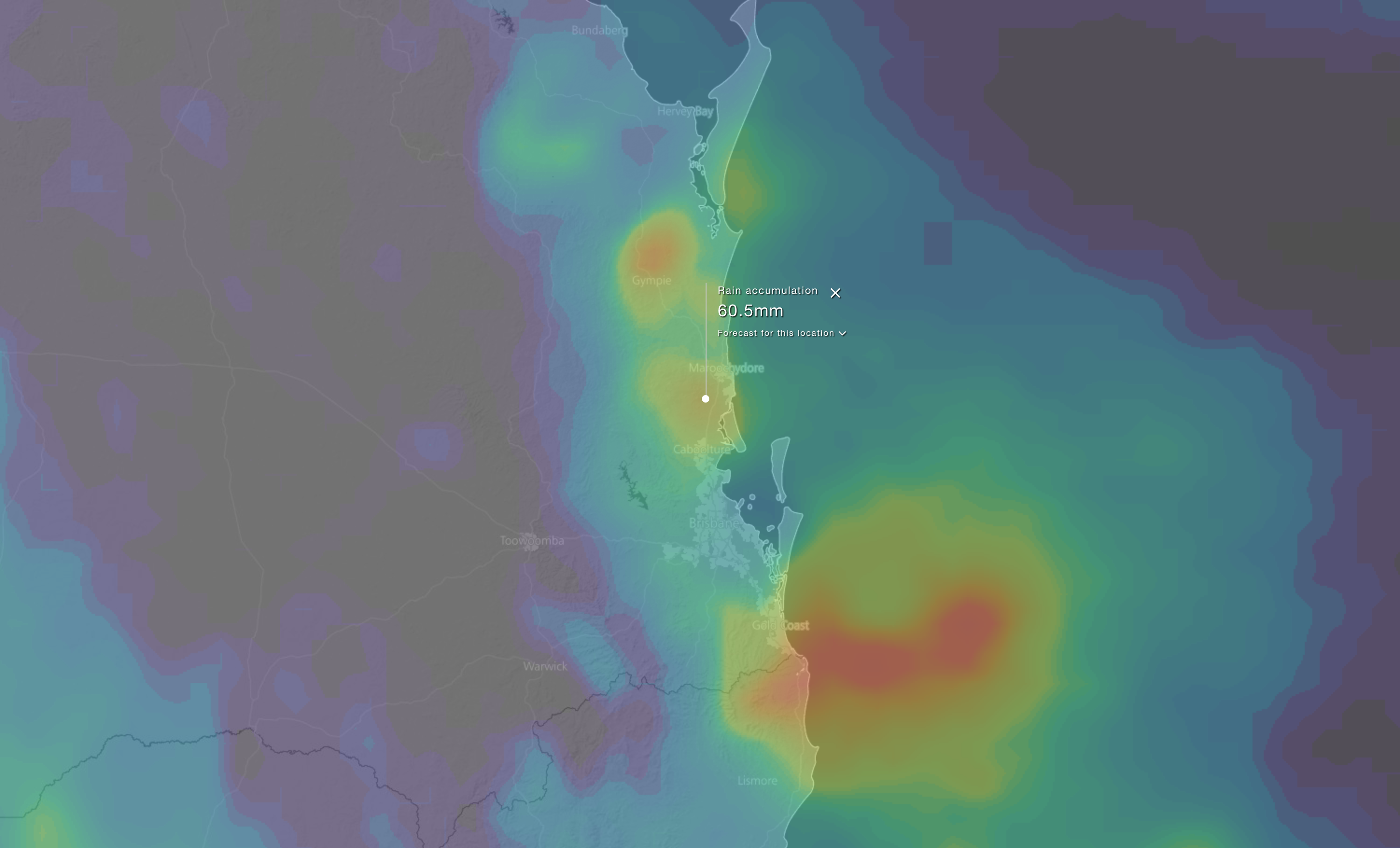