Rain and Storms set for NSW 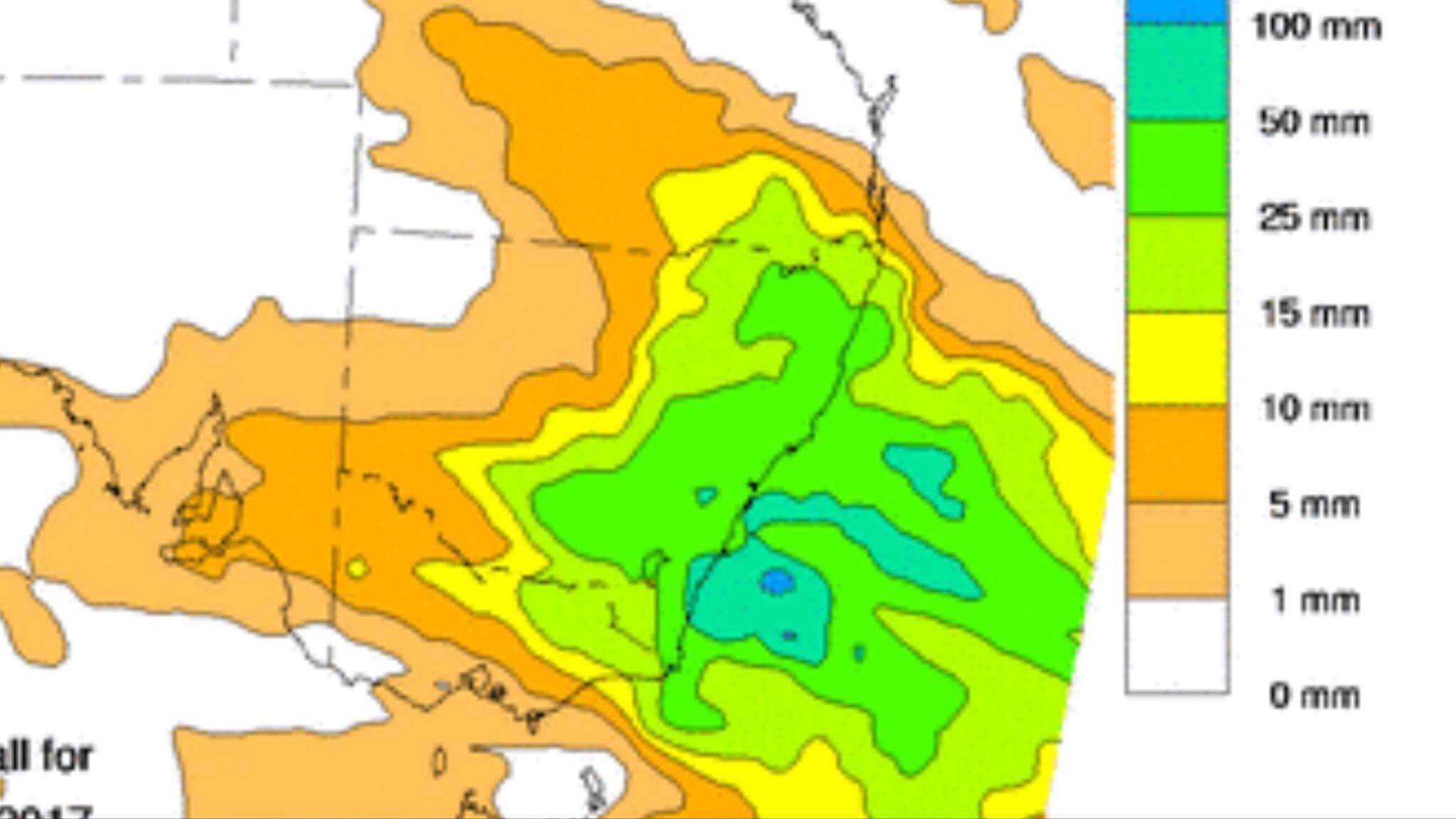 Issued 2pm Friday, November 3rd 2017. NSW is about to see a return to showers, rain areas and thunderstorms over the next handful of days as a new low pressure system and associated trough move through the State. Above image – 4 day rainfall forecast via BOM from Friday to Monday 10pm 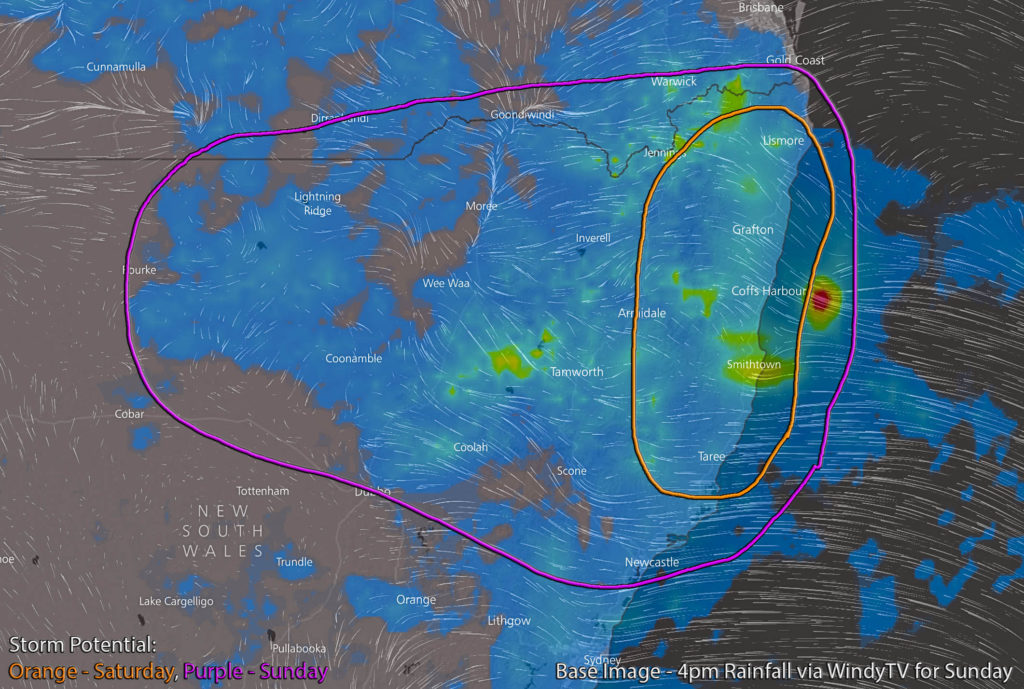 The main focus for severe weather at this stage is during Monday where heavyweight models are currently in full agreement on a low pressure system and trough impacting the State bringing widespread rain and storms. The trough is expected to be associated with the low and is likely to be positioned across the North-Eastern quarter of the State during the afternoon, leading to widespread moderate to strong instability developing over areas North of Sydney / Newcastle and East of Mudgee / Moree. This will likely lead to scattered storms developing with some likely to become severe – especially along the trough. 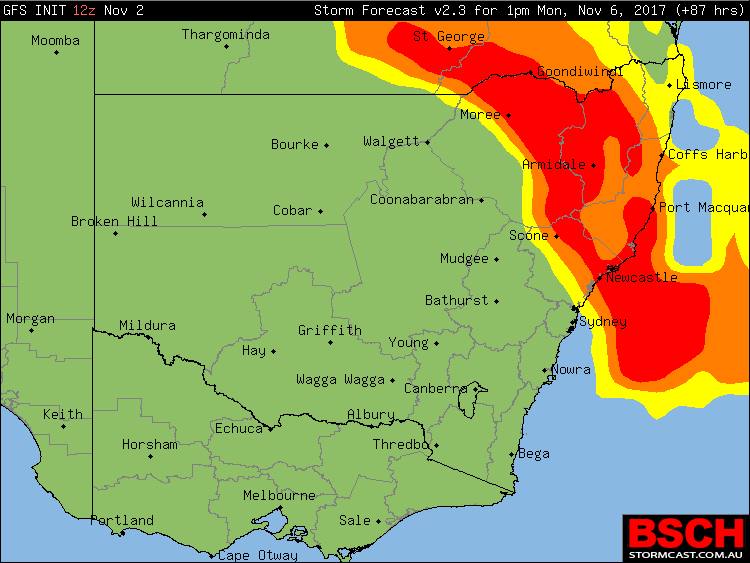 The low however is expected to move through Northern districts in the morning and exiting off the Central Coast in the afternoon / evening. Rain areas are likely to surround the Low and this will likely lead to widespread falls of 20-40mm across the Eastern half of the State and isolated to scattered higher falls around the Central and Southern Coast’s of NSW (where the low moves offshore and the onshore winds linger). As the low moves away on Tuesday, showers will weaken gradually, but strong winds along the NSW Coast and hazardous seas are both possible. 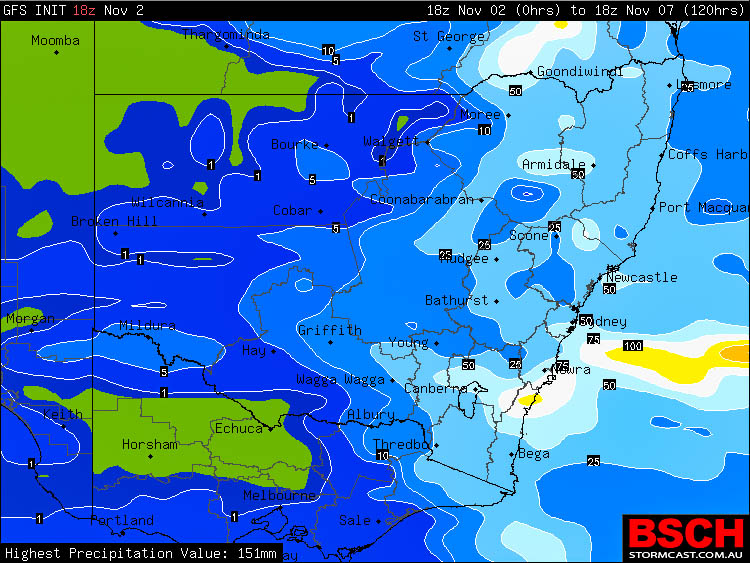