The second round of severe weather is expected to begin today across Tasmania and Victoria, eventually moving into New South Wales during Saturday. Damaging winds, heavy rain, dangerous surf conditions and blizzards are expected across the South East of Australia.

During Friday, a cold front is expected to sweep across South Eastern Australia. This cold front will likely be associated with a strong low pressure system located South or near Tasmania as it bypasses the region. Trailing behind this system is expected to be a surge of very cold air aloft which will create idealistic conditions for heavy snow to occur. 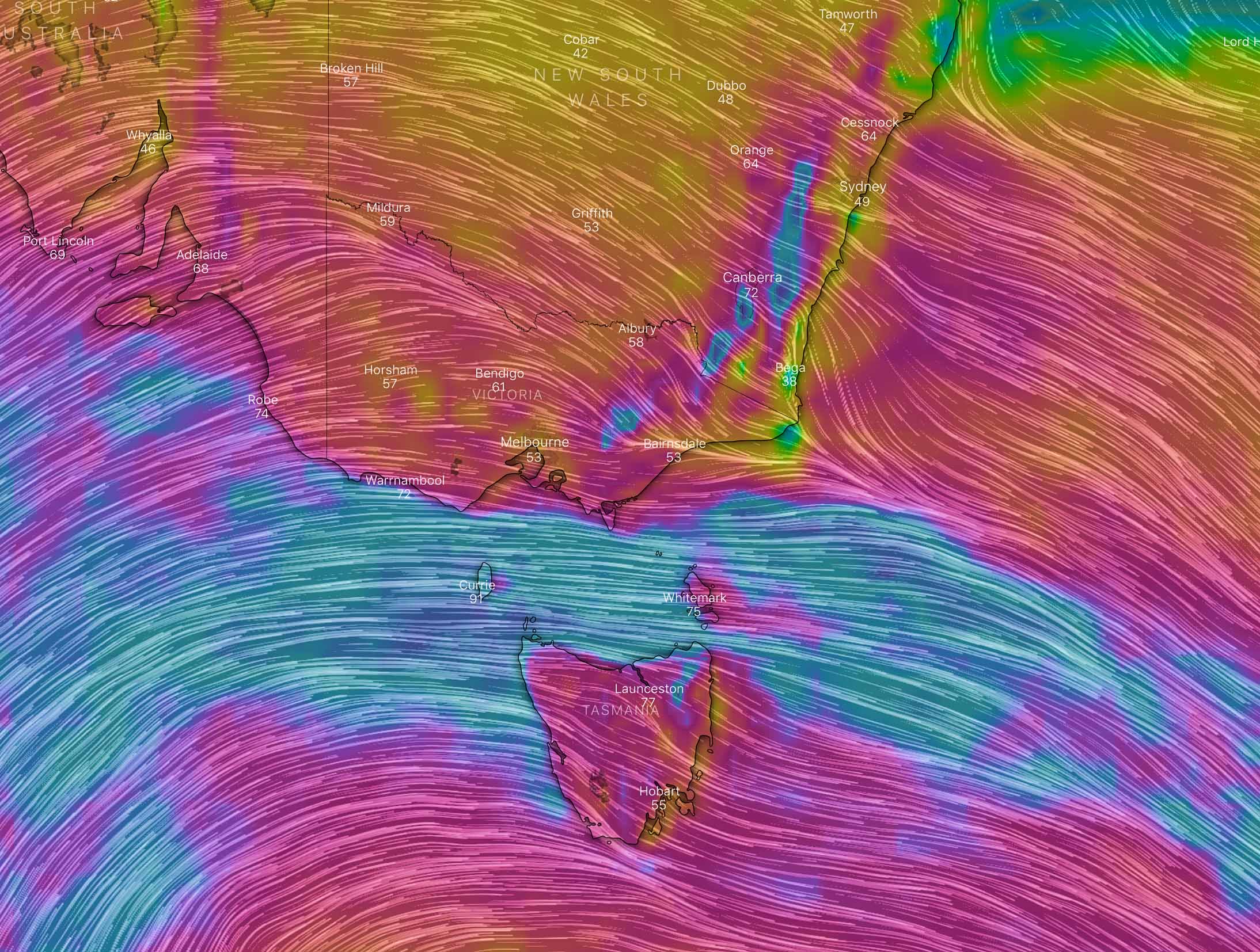 Waves during Friday night across the Bight & Bass Strait. Waves of 7m+ in the orange colouring, 4m+ in the pink. Image via Windy.

Across Friday night and into Saturday morning, the coldest air is expected to arrive behind the system. Strong to damaging winds are likely still across Tasmania, Victoria and most likely they will have already arrived over elevated parts of Southern & Central NSW including exposed Coastal areas. As the coldest air arrives, snow is expected to fall down to around 500m in both TAS and VIC (this includes elevated parts of the Hobart Hills & Dandenong Ranges), possibly a little lower in Southern TAS. Snow may also develop over the Central Tablelands & Blue Mountains down to around 700m in NSW, while the ACT should also be impacted (NOT Canberra though). Heavy falls of 50-80cm are expected over the peaks of TAS with 30-50cm over the Snowy Mountains – these falls may also coincide with blizzard conditions across both regions. Light falls of less than 10cm, but enough to cover the ground, are expected over elevated parts of the ACT and just a few flurries over the Central Tablelands and Blue Mountains. Conditions should then ease later on Saturday ahead of round 3 starting later on Sunday / early Monday.