Winter is now done and dusted for QLD and any hope of anymore ‘cold’ conditions is long gone as we see temperatures ramp up across the entire week through the majority of the State. Above image via PivotalWeather showing areas in red as above average mid week – which covers most of the State.

A large and warm air mass is expected to cover most of the State during Monday and Tuesday before an even warmer air mass on Wednesday will enter Western QLD which will be enhanced by North Westerly winds and a trough coming out of the very hot North West NT and Northern WA Kimberley. This warmer air mass will become very slow moving and shift Eastwards during Thursday, Friday and Saturday before exiting off the QLD Coast on Sunday. During Monday and Tuesday, widespread maximums into the 30’s are expected over Inland QLD before temperatures increase into the mid 30’s over Western areas on Wednesday. Across Southern and Central Inland areas, the peak heating will be split across both Thursday and Friday depending on the exact location – with peak temperatures into the 30’s and possibly even nudging the mid 30’s for some areas. For South Eastern QLD the peak heat will be on Saturday although noticeably warmer conditions will be around on Thursday too – this will include some areas of Western Brisbane and Inland parts of the South East Coast pushing into the 30’s. 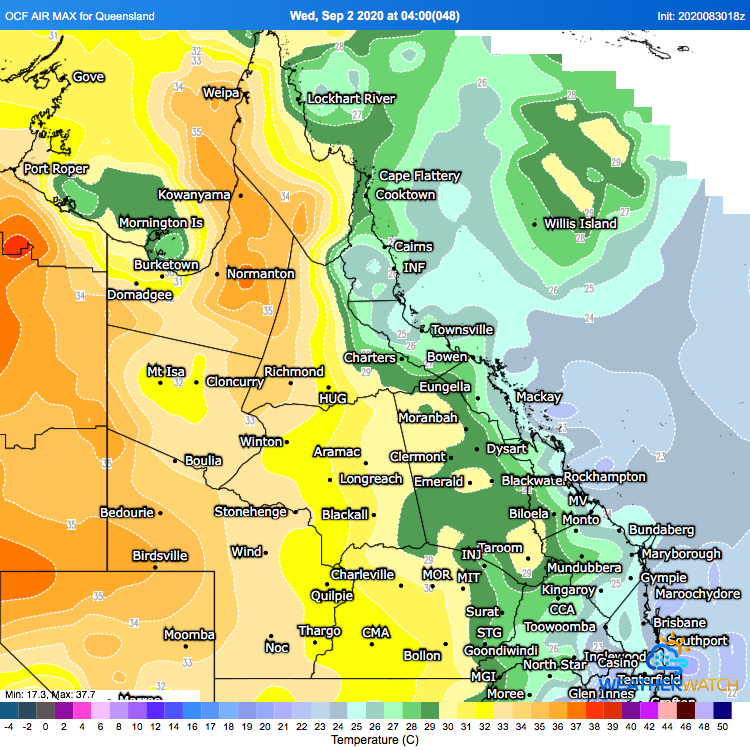 OCF maximums for Wednesday via WeatherWatch

While nothing too exceptional is forecast for the Tropics thanks to an onshore breeze containing the heat to some degree, very warm conditions are likely for Northern Inland and the Gulf which is near normal for this time of year as the heat is exceptionally dry through this part of the State. Its unlikely that any records will be broken across the State with this burst of heat – however the main thing to take away is saying goodbye to Winter and welcoming the start of Summer. 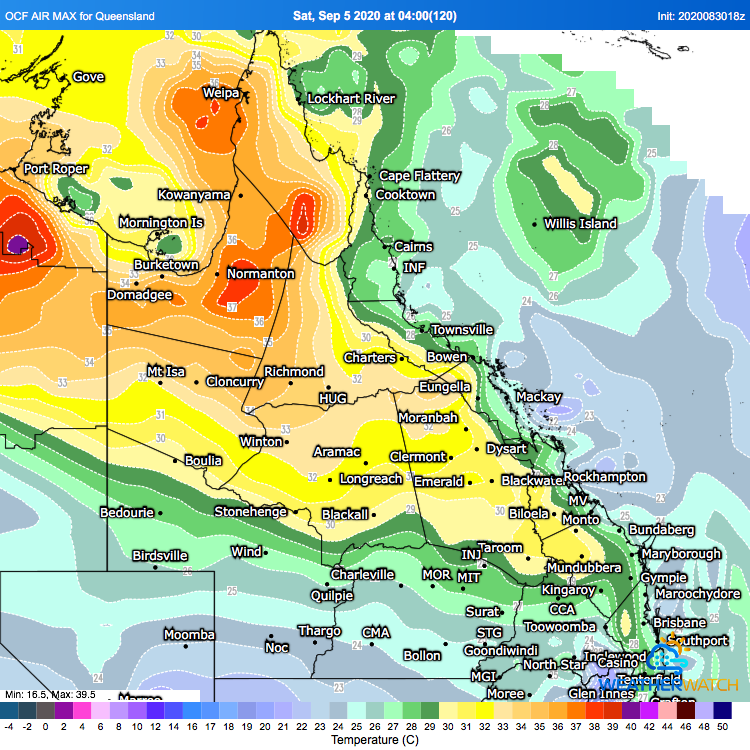 OCF maximums for Friday via WeatherWatch