Wednesday through to Friday is expected to pose a high fire risk across Southern and Eastern QLD as winds increase and push temperatures to heatwave thresholds for this time of year. Above image forecast maximums for the South East quarter of QLD via BSCH / OCF showing maximums into the mid 30’s across the region.

A local fire ban has been issued for the Ipswich, Somerset, Lockyer Valley, Scenic Rim, Logan and Gold Coast Council regions ahead of hot, dry and windy conditions from Wednesday though to Friday night. Further fire bans are possible across the Wide Bay and Darling Downs districts as well. Temperatures are expected to exceed heatwave thresholds of 4-5ºc+ above average for 3 straight days during this period and combine with dry winds of 50-80km/h.

During Wednesday, a high pressure region is expected to become situated over Central Eastern QLD which will combine with a coastal trough across South East parts of the State. This will lead to increased North Westerly winds over Inland areas and strong South Westerly winds across the South East corner of the State. These dry, strong winds will provide idealistic conditions for severe fire danger potential across the region as temperatures reach around 6-8ºc above average for this time of year. 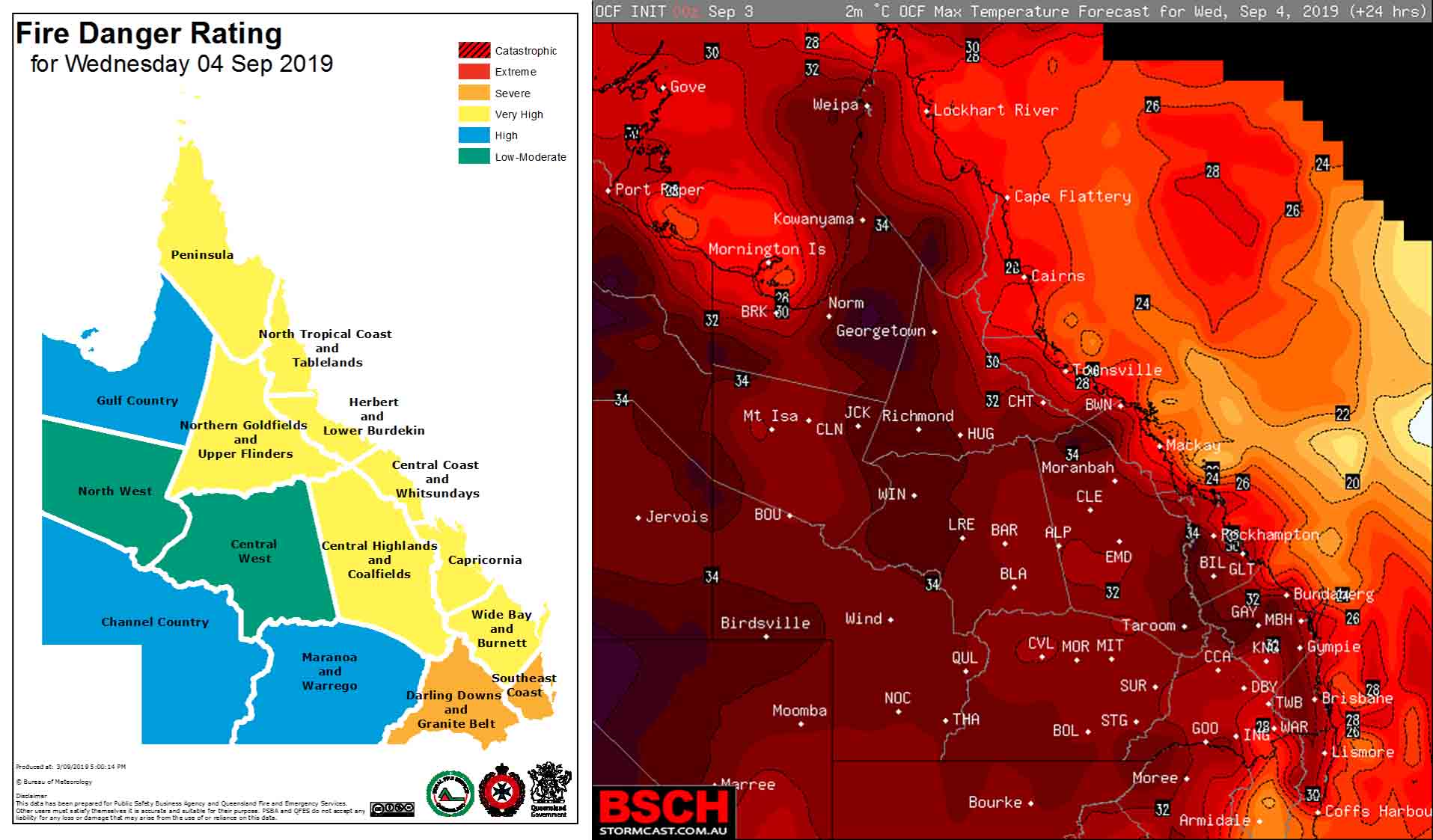 During Thursday, winds will ease across South East areas but increase across Western districts as a North Westerly flow becomes dominant. These hotter winds will increase the temperatures further where we are likely to see many Inland areas – especially South West, Southern & Central areas reaching the mid 30’s. Temperatures across the South East will remain in the low to mid 30’s and the overall heat will keep fire dangers elevated. 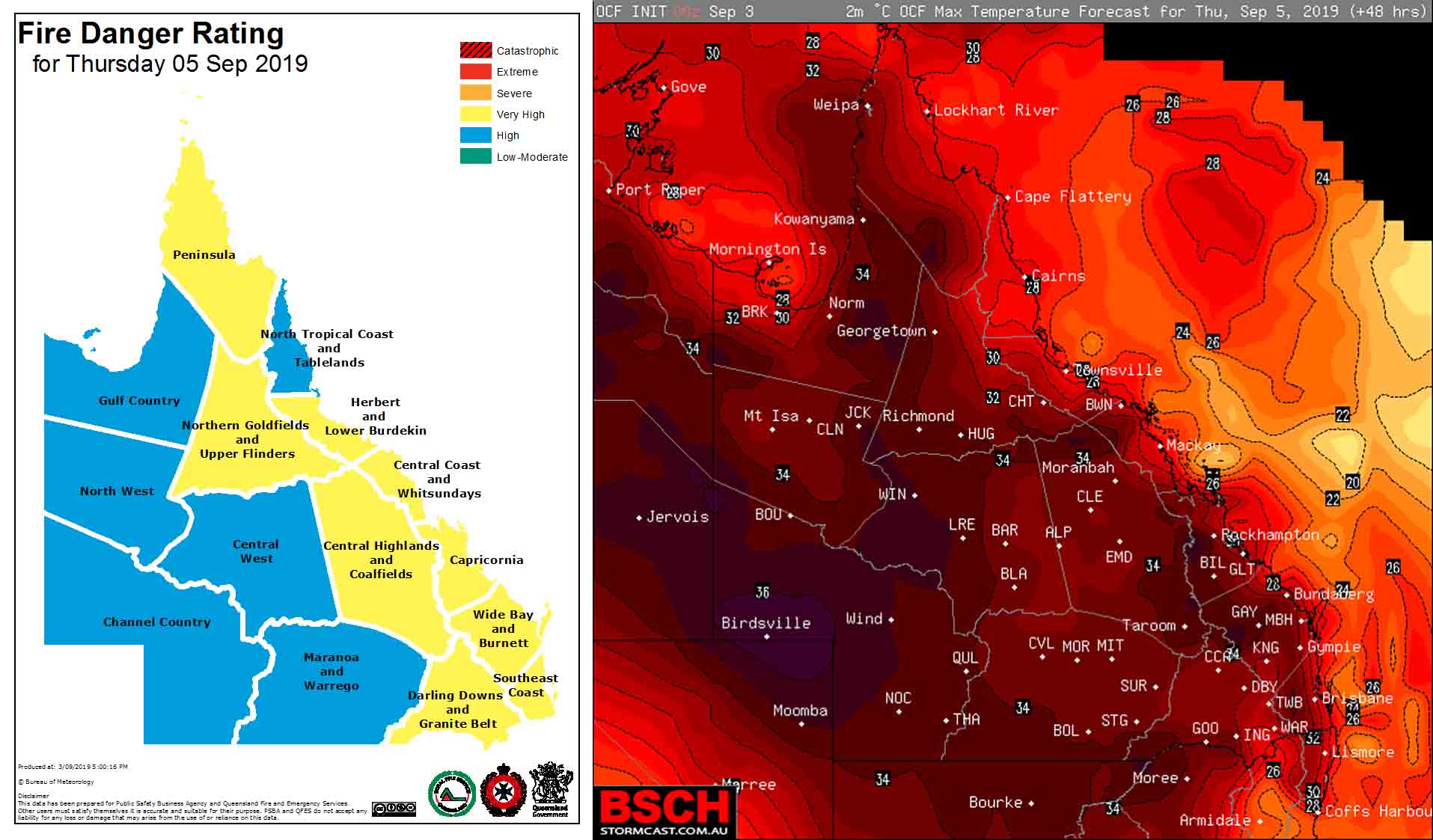 On Friday, a strong South West change is expected to move through Inland areas – the timing of this will be vital as to where it gets hot and where it doesn’t. The South East corner of the State is expected to push into the mid 30’s for many areas and this combined with strong winds of 50-70km/h will re-increase the fire danger back to severe thresholds and possibly even higher once confidence grows in this forecast. Strong winds of 60km/h+ are also expected over the Darling Downs , Wide Bay and Warrego districts where temperatures will range in the low to mid 30’s and leading to severe fire danger potential as well. Cooler conditions are likely over the South West and West, but hot conditions are likely elsewhere. 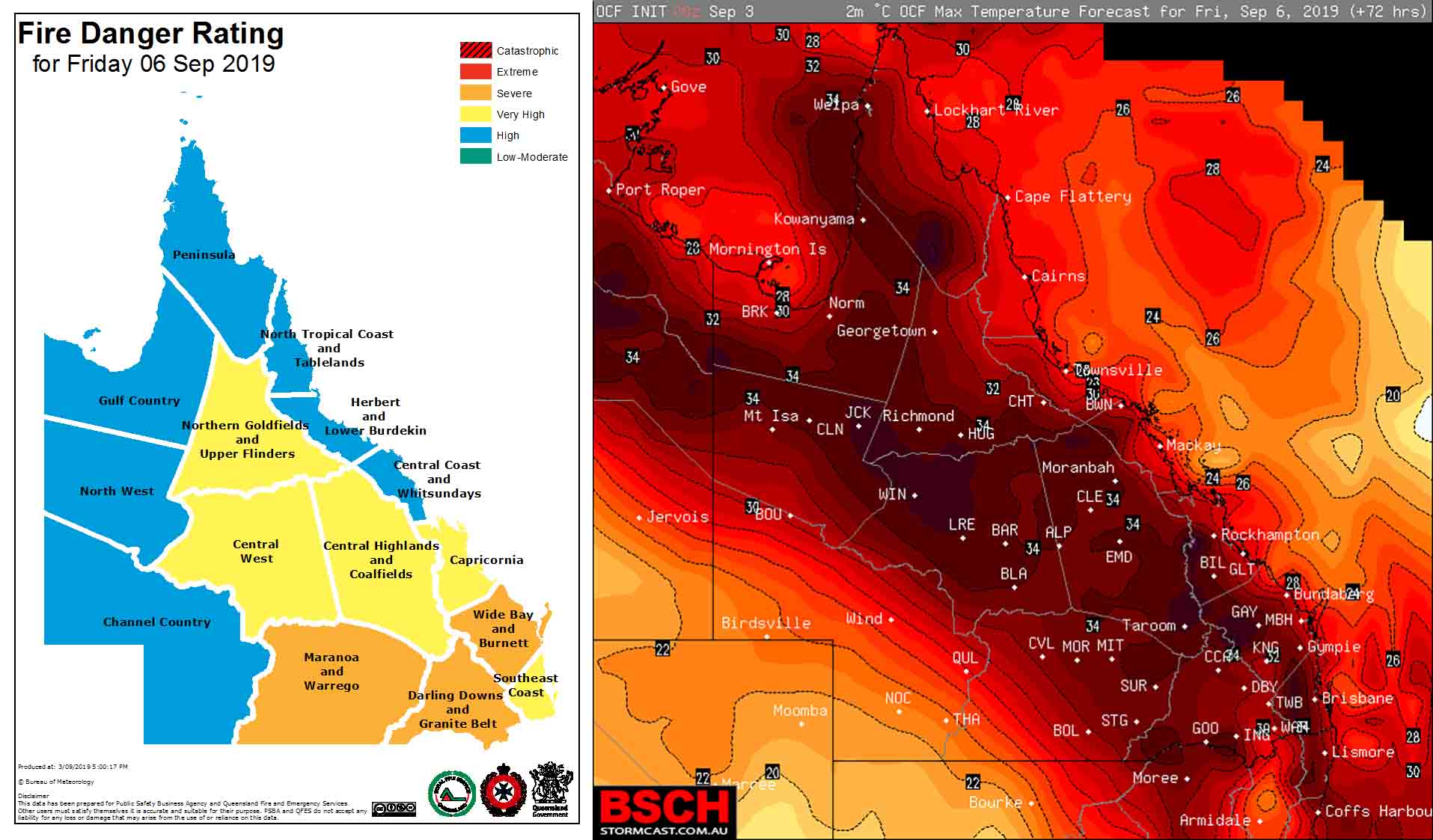