Temperatures are forecast to nudge record breaking levels across South East QLD on Monday and Tuesday as a burst of extreme heat moves across the region! Above image – Maximums for Monday across SEQLD via BSCH / OCF.

Over the weekend, the South East QLD & North East NSW region is expected to be impacted by above average temperatures. Saturday looks to reach the low to mid 30’s (hot for this time of year – being early October, but not crazy). A weak cool change is expected to move through NENSW during the day triggering some isolated showers and storms as well as overnight through SEQLD. This should mean that Sunday is fractionally cooler… however Monday and Tuesday are expected to go to a whole new level of heat that is expected to threaten long standing temperature records across the region. 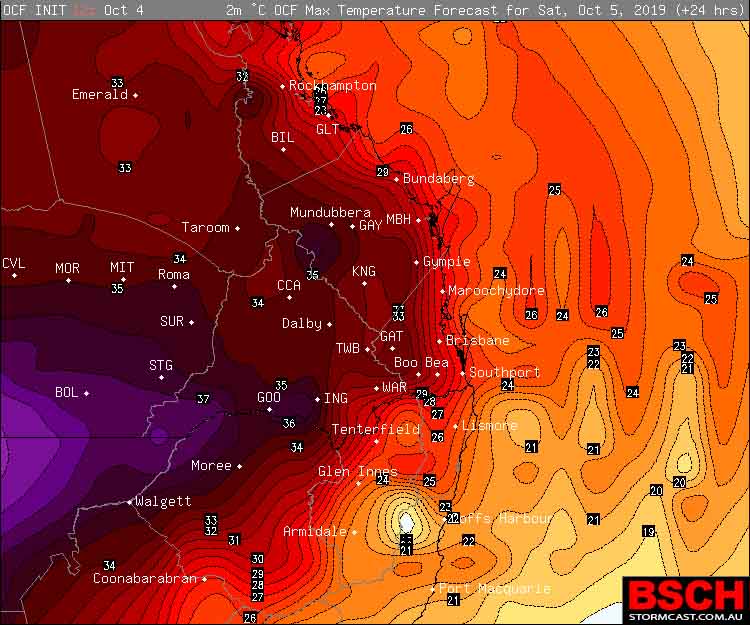 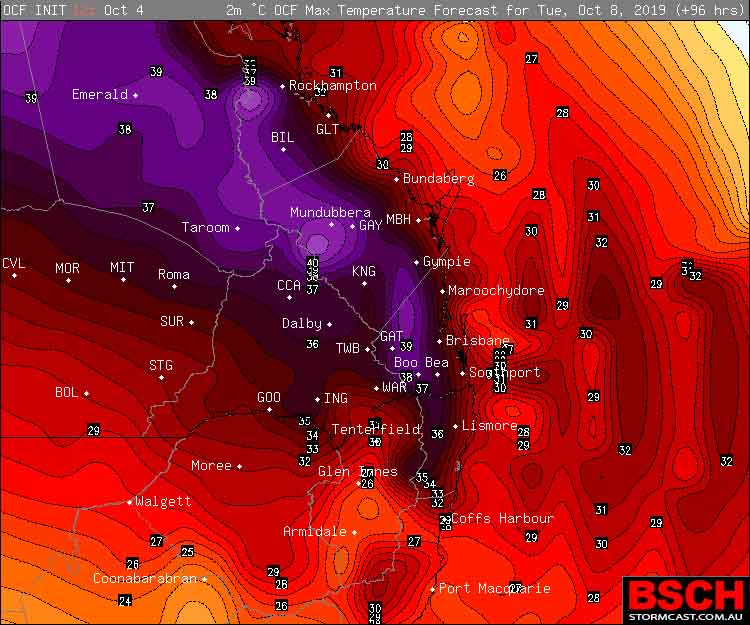 During Monday, a surface trough is forecast to become situated very close to the Coast and this will block the sea breeze from most areas and allow hot, dry and at times… gusty, Westerly winds to dominate. These winds are expected to push temperatures into the mid to high 30’s across areas close to the Coast with temperatures back Inland a bit nudging 40-42ºc! On Tuesday, a near identical setup is forecast to occur except with a cool change added into the mix. The timing of the change will mean everything as temperatures will drop rapidly behind it – however it doesn’t look to move through SEQLD until after midnight – so this will likely mean another day of extreme heat. 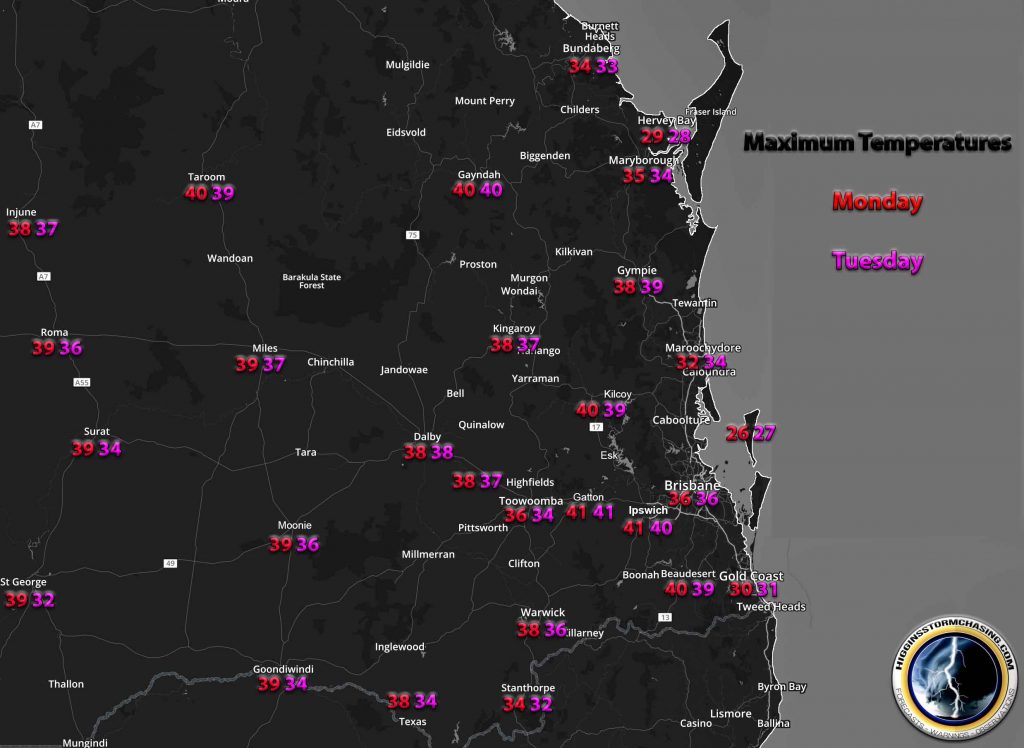 The combination of extreme heat, low humidity and the potential for some strong winds will likely lead to increased fire danger threats across the entire region as well on Saturday, Sunday and Monday. However on Tuesday, strong gusty winds are highly likely and this is expected to result in severe to locally extreme fire danger potential.

On Wednesday, temperatures are expected to rapidly cool and could be up to 10-12ºc colder than on Tuesday in some areas. Storms are also likely to return from Wednesday onwards and these forecasts will be available through our website HERE.