South Australia counts the cost of a once in 50 year storm!

Home > Weather News  > South Australia counts the cost of a once in 50 year storm! 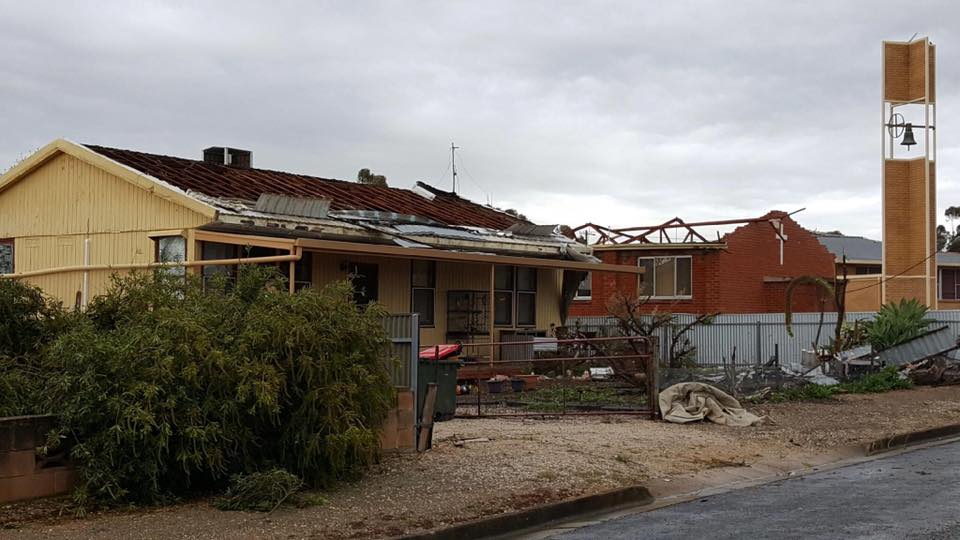 28 Sep South Australia counts the cost of a once in 50 year storm!

Posted at 21:45h in Weather News by Thomas 0 Comments
0 Likes

South Australian residents are counting the cost, which is sky rocketing, after what was deemed to be a once in 50 year storm event produced what all expected and feared, and somehow… the worst is still yet to come! Above image showing some tornado damage in Blyth via Michelle Morris

It came in two waves, the first being an intense cluster of severe to locally dangerous thunderstorms. These tracked from the Eyre Peninsula region across Spencer Gulf, through Yorke Peninsula and into Adelaide Metro / surrounds. This cluster of storms produced hail, damaging winds and heavy rain leading to flash flooding. Embedded Supercell thunderstorms were observed and may have produced destructive winds. 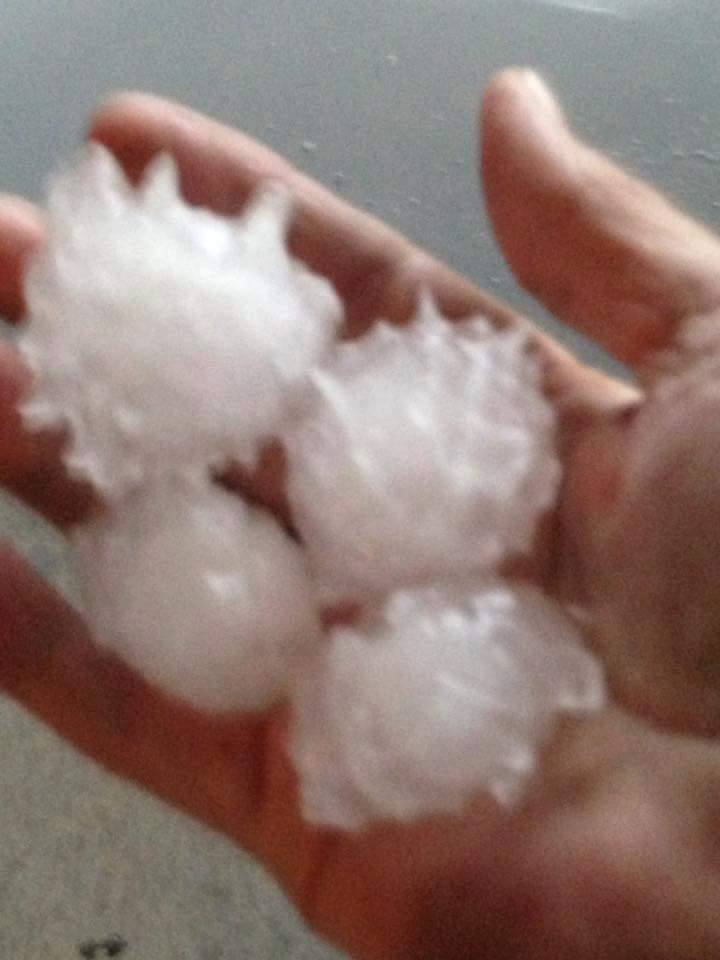 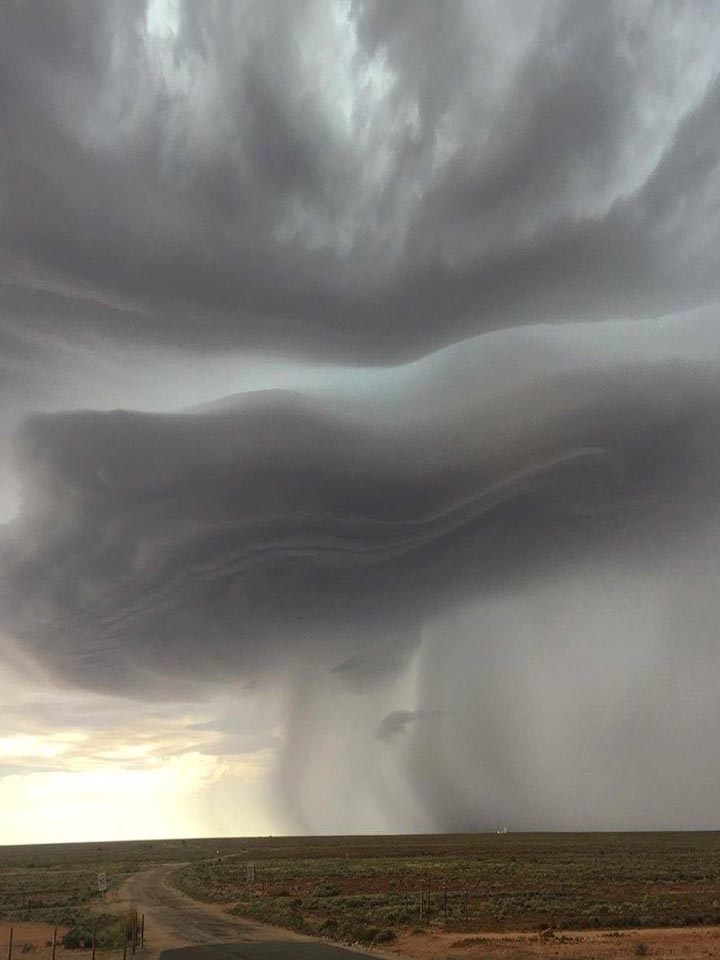 The second wave though was something you really only see in the United States… until it happened on our backdoor. Numerous dangerous Supercell thunderstorms developed over the Eyre Peninsula and pushed towards Spencer Gulf again. Large hail, damaging winds and heavy rain were observed in Kimba, Cleve, Arno Bay and Cowell. They crossed Spencer Gulf and became Tornadic. Further damaging winds and hail seen in Port Broughton.

A tornado was confirmed to have hit Melrose causing extensive damage, it developed from a Supercell on the Northern end of the line of Storms. Twin Tornadoes have also been confirmed in Blyth, the confirmation came from multiple sources of video footage showing both tornadoes side by side along with eye witness reports of people in town seeing both tornadoes before the town was hit. Its hard to say whether its a multi-vortex tornado or two individual tornadoes, regardless… there were 2 touchdown spots. Walls were caved in, roofs blown off, trees twisted and cars picked up and thrown, even trucks struggled to withstand the force, tumbling over like they were nothing. Snowtown and Clare didn’t escape either, 104km/h winds and tennis ball size hail in Snowtown along with unconfirmed reports of a possible tornado. Clare received similar. Port Augusta copped damaging winds and large hail from a seperate Supercell. This line then pushed into Yunta and Eastern SA where 113km/h winds were observed in Yunta which was directly hit by another Supercell.

Video footage of the Tornado near Blyth before it impacted town

View of the Supercell before it hit Blyth, this produced at least one confirmed
Tornado along with Large Hail and Destructive Winds 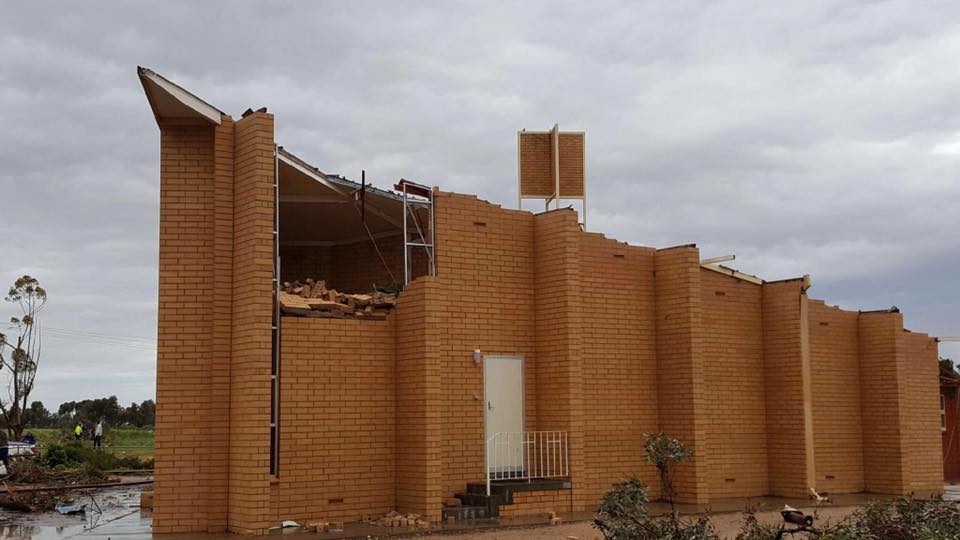 Sturdy building with parts of its wall caved in and roof gone in Blyth. Image Credit: Michelle Morris 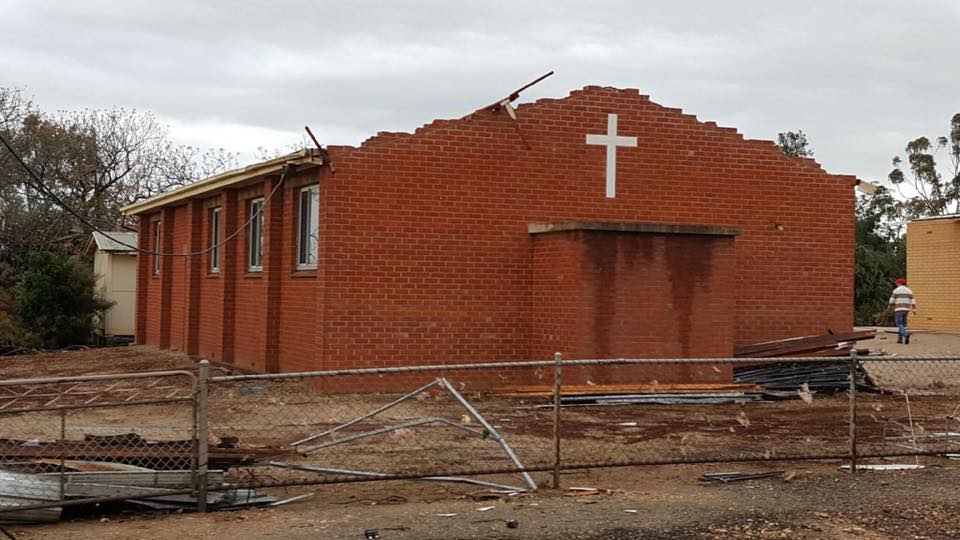 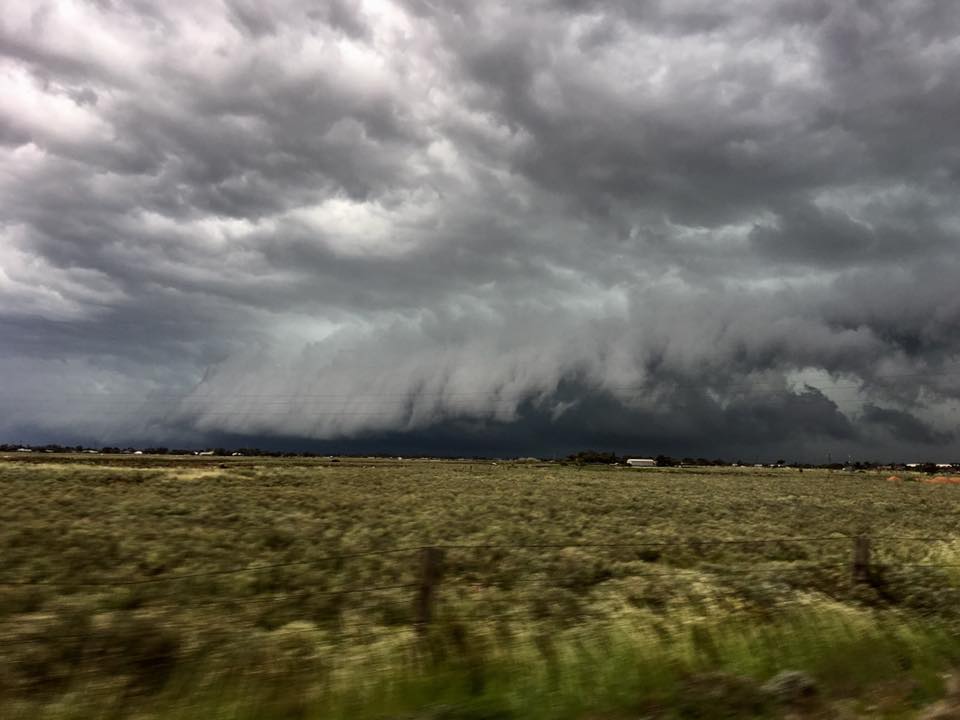 The entire State was sent into darkness with damage to the grid or the main connector being reported. This damage cut the State off from the national source sending the entire State into darkness. Outside of the power issues, there has been widespread tornadic and wind damage across the State with estimations already into the hundreds of millions of dollars for damage.

The worst is still to come though, as the low pressure system pushes towards the Coast, widespread damaging to destructive winds are likely to occur across large portions of the State and this may cause or continue to cause issues. We hope and urge people to be safe, this is clearly not an every day system with dramatic and extensive damage/issues.

Hail (some large) hitting Cleve during a Strong Supercell