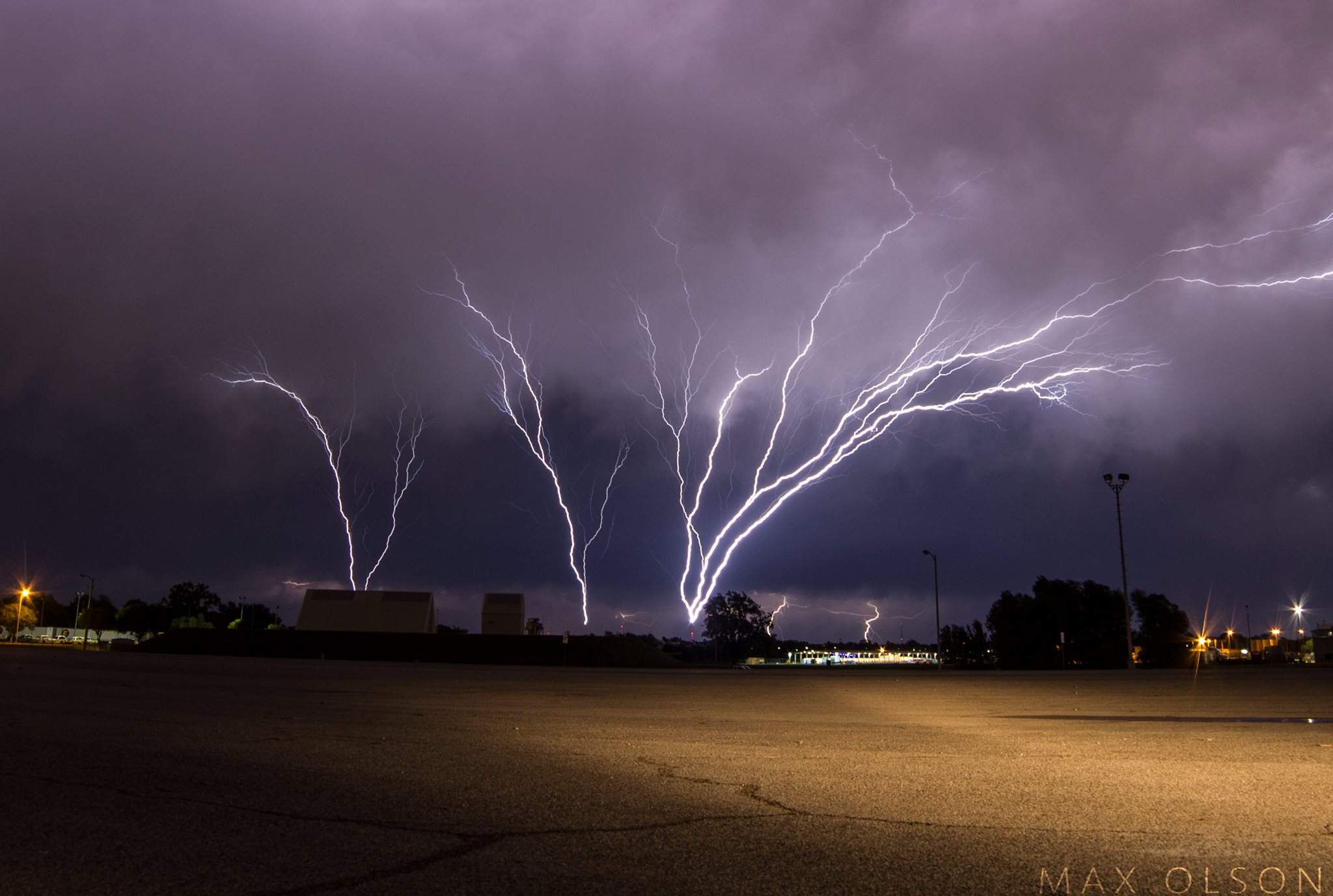 US stormchaser Max Olson captured these incredible photos and video of rare ground to cloud lightning this week in Oklahoma. Above image: copyright Max Olson via Facebook

Max and storm chasing friend David Hegner were on their way home after a long day chasing tornados when severe thunderstorms unleashed a barrage of lightning. The pair pulled over and also managed to capture multiple upward lightning strikes on video camera much to their delight! Watch the amazing video below…

Another INCREDIBLE video with already over 17 million views was captured by James Wolff! View the video posted to Facebook here!

More about ground to cloud lightning or “upward lightning”

The most important finding about upward lightning by researcher Tom Warner is that it primarily occurs when there is a nearby positive cloud-to-ground flash. The electric field change caused by the preceding flash causes an upward positive leader to initiate from a tall object such as a building, tower or wind turbine. It is the shape of the tall object and the resulting enhancement in the electrical field that makes it possible for an upward leader to form following a nearby flash. Without the tall object, an upward leader would not develop.  Upward lightning was first studied in the 1930s when upward flashes from the Empire State Building in New York City were observed with Boys cameras and current sensing instrumentation. Source via ZT Research 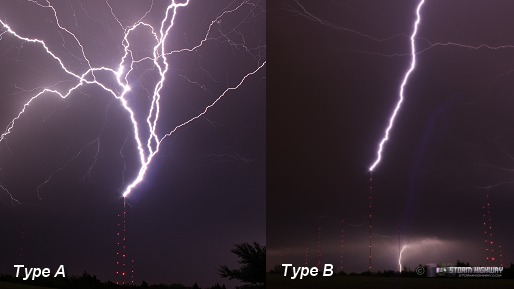 Ground-to-cloud discharges have been observed in two distinct forms. The first variation, ‘Type A’, is less common but much more visually spectacular, and consists of a tree-like branch network literally ‘sprouting’ skyward off of the tip of the structure. As a ‘Type A’ discharge continues, the number of branches diminishes until only one or two main channels remain to carry secondary return strokes. The second ‘Type B’ is more common and consists of a single, branchless leader rocketing upward from the structure tip. Although ‘Type B’ ground-to-cloud strokes show no low-level branching, they commonly do eventually exhibit upward branching at some point near or above the cloud base. Above image and source via Dan Robinson published at Storm Highway