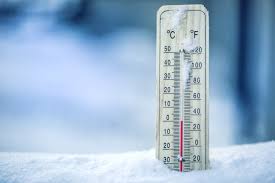 Posted at 07:50h in Weather News by Thomas 0 Comments
0 Likes

South East QLD and large parts of NSW have endured their coldest March morning for about the last decade thanks to widespread dry and cool South to South West blowing across both areas.

Across South East QLD, it was noticeably colder this morning compared to the rest of Summer as the South Westerly surged in after midnight, dropping the temperature by several degrees in the space of a short period of time. The difference for many locations between about midnight and sunrise was 7-9ºc with many locations sitting in the high teens / low 20’s around midnight and waking up to the low teens or even sub-teen temperatures. Along the Ranges, areas such as Toowoomba, Warwick and Stanthorpe dropped into single digits for the first time in 2019.

Note: For many areas, especially over South Eastern QLD, minimums this morning (Sunday morning) were around 10-14ºc colder than Saturday morning, purely thanks to the incredibly different winds and air masses that moved over the region in such a short period of time. Real-time temperatures as of 7:10am across Southern QLD showing the large area of cooler minimums. Image via BSCH, data provided by BOM.