Thundersnow possible for the Alpine on Sunday!

Home > Weather Forecast  > Thundersnow possible for the Alpine on Sunday!

27 Aug Thundersnow possible for the Alpine on Sunday!

Posted at 12:03h in Weather Forecast by Thomas 0 Comments
0 Likes

Sunday is posing an unusual term and potential in the forecast for the Alpine areas of Victoria and Southern NSW… THUNDERSNOW! While thundersnow has been one of the harder things in weather to forecast, as the conditions need to be so precise for it to occur, model data is becoming much better over previous years and it seems (if models are correct), Sunday might see this phenomena occur. 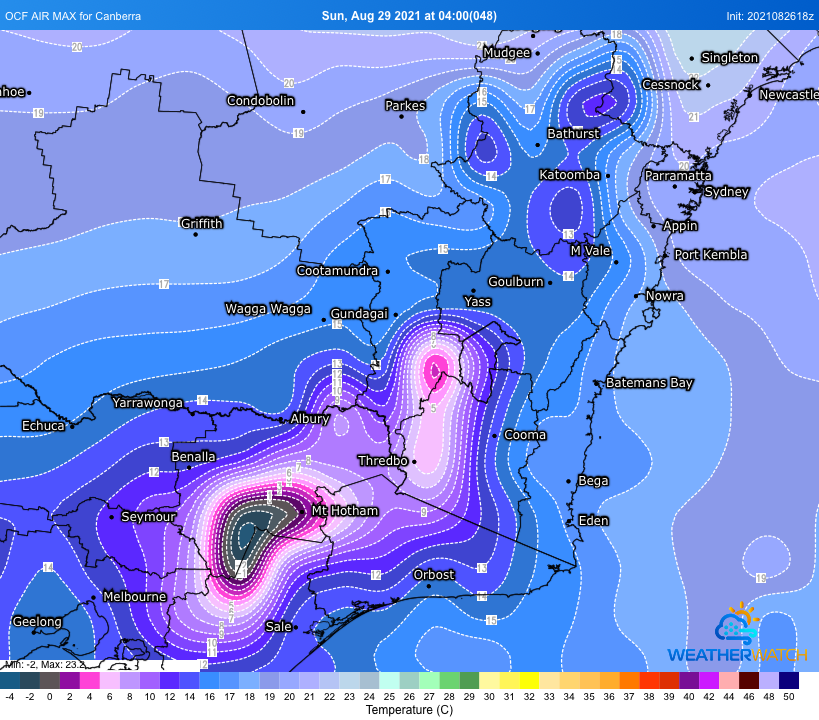 So what is thundersnow and how does it form?
Its really simple. Its a thunderstorm that produces snowfall instead of rainfall… or, a thunderstorm that occurs during already ongoing snowfall (which is more likely the case on Sunday) – in this case, the storm is still likely to produce snowfall, its just the snow is more likely to be already occurring.

You need a set of very precise ingredients in the atmosphere for thundersnow to occur, and its because these conditions need to be so precise that made it very difficult to forecast in the past. Firstly you need conditions warm enough for thunderstorms to occur. That might seem like an obvious thing to say, but we are talking about Wintery conditions here. You cant have storms developing in below freezing conditions, or its extremely rare for them to occur in those kinds of temperatures – especially in Australia. You then need conditions cold enough for snow to occur, and the big helper in all of this is a deepened moisture flow which feeds moisture into the storms for precipitation to occur, with very cold air aloft which will help turn that precipitation and moisture flow into snowfall. BUT, it cant cool too quickly either, as then it MIGHT fall as hail and not snow! 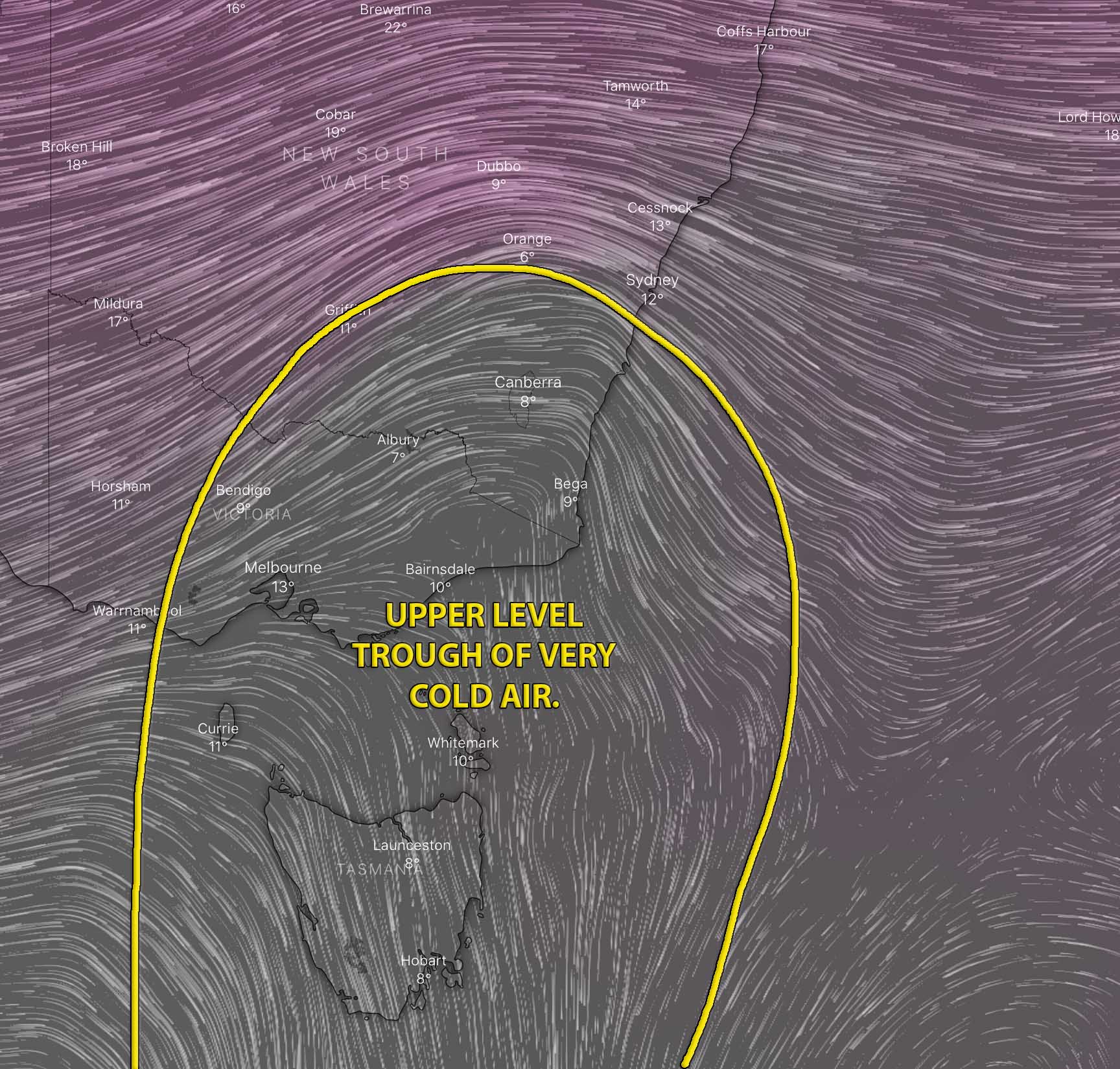 It seems confusing and tricky, but here’s how we MIGHT see Sunday play out.

• A trough over Southern Inland NSW and Northern VIC is expected to combine with a very cold upper level trough overhead. This combination will help induce some showers and possible storms across the Riverina district of Southern NSW and the Northern Country district of Northern VIC during the afternoon.
• These storms are more likely than not, to be occurring BEHIND the leading edge of the trough front, which will enable warmer conditions to occur AHEAD of the trough and distinctly colder conditions occurring BEHIND the trough. The storms will continue to feed off of this warmth as they move East, being unhindered by the cooler conditions behind the trough.
• Due to the presence of very cold air aloft and increased moisture, snowfall is expected to already be occurring across the Snowy Mountains & Victorian Alpine during the afternoon, well ahead of any storms occurring, despite conditions being slightly warmer ahead of the trough – however, as stated above, conditions will be much cooler behind the trough and storms are occurring behind the trough.
• As these storms move over the Alpine areas (provided they maintain their existence and dont weaken), the storms will be occurring in an environment favourable for snowfall, which will allow for storms to be interacting with ongoing snowfall and then producing their own snowfall instead of rainfall… kind of like how showers move across Central Inland and Northern Inland NSW, then hit and the Ranges and turn to snow!

Thundersnow will always be one of those unique oddities in weather that have a low potential of occurring due to simply the mechanics involved in the atmosphere and the distinct, precise timing require for everything to aline, but it will also be one of those oddities that we watch for closely when there is even just a 2% chance of it occurring.