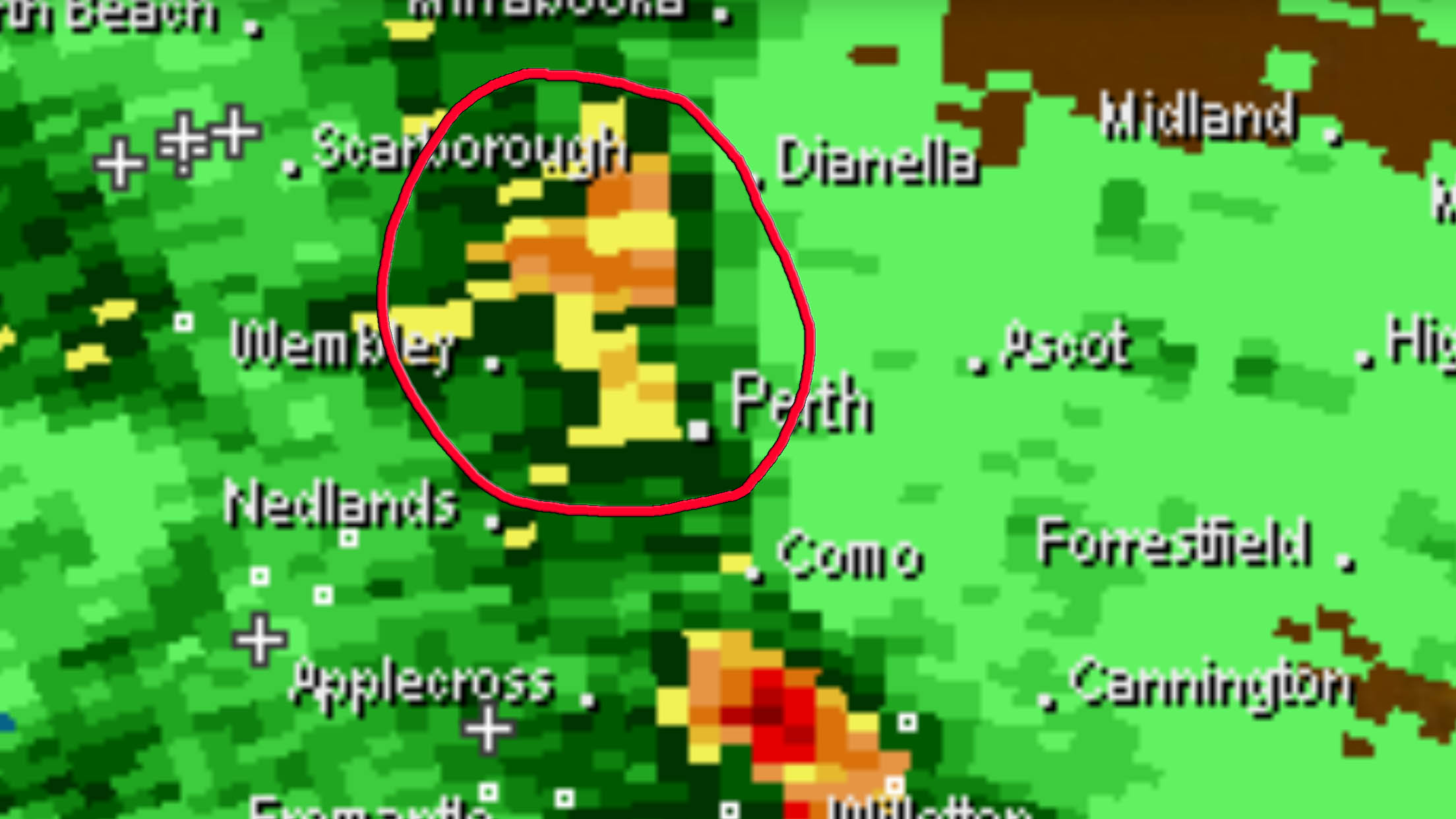 Posted at 03:05h in Weather News by Thomas 0 Comments
0 Likes

A CONFIRMED Tornado has produced a path of damage and destruction across the Northern suburbs of Perth during Monday as a strong cold front moved through the region. Above image via Weatherzone.

During Monday morning, July 31st, a strong cold front passed through South-West Western Australia producing widespread rain, strong to damaging wind gusts and isolated thunderstorms. The system moved through during the late morning and early afternoon with wind gusts of 96km/h recorded over Cape Leeuwin on the South-West Coast and gusts of over 80km/h at Ocean Reef, Rottnest Island, Garden Island, Mandurah and Cape Naturaliste to name a few. Between the hours of 9am Monday and midnight Tuesday, good widespread falls of 20-40mm had also been recorded with Dwellingup (just Inland from Mandurah) seeing 53mm.


Above Video: News clip from 7 News Perth of the Storm and Tornado damage.

All of this though was shadowed by the most powerful part of the system. Waterspouts moving over land as Tornadoes, or outright Tornadoes were possible with this system (and any other strong cold front that happen less than a handful of times each Winter in South-West WA). Strong winds feeding in from the North and North-East quickly turn West to South-Westerly behind the system creating an area of turning along the trough line. As thunderstorms develop there is the chance these can produce stronger and enhanced areas of rotation which have the ability to produce tornadoes. As the system moved through South-West WA and Perth Metro in particular, a suspected tornado which was later confirmed by the Bureau of Meteorology developed North-West of Perth and moved through the Northern Suburbs of Sorento, Duncraig, Warwick, Balga and Hamersley leading to widespread damage to homes, businesses, trees and power.

Above video footage via WA Education News on Twitter of damage at the Duncraig State High School.

The path of damage was narrow, but its suspected that the tornado was on the ground for more than 10 minutes with winds likely to be in excess of 125km/h (destructive criteria). Homes did lose roof’s and power was cut to the region. The State Emergency Service team had 44 call outs during the day, with 42 of them coming from the Perth Metro region – most of which were from the Northern suburbs. Large trees were also brought down, cutting roads and adding to traffic chaos. Thankfully nobody has been reported to have sustained any injuries. Despite the tornado ‘only’ being on the ground for roughly 10 minutes, doppler radar happened to pick up the suspected cell, showing what is known as a ‘hook echo’ over the North of Perth around the time the twister had been reported.

Big gumtree that has come down in Hamersley #perth #perthstorm pic.twitter.com/CHJ8HFSeMv

Above video footage via Richelle Corkill (Twitter) of the damage in Hamersley following the Tornado.