Tropical Cyclone Gita to cause Widespread Severe Weather across NZ

Tropical Cyclone Gita to cause Widespread Severe Weather across NZ

Tropical Cyclone Gita is remaining on track to cause widespread severe weather across New Zealand over the next 48-72 hours as it directly crosses over the Country. Above image – Winds on Tuesday afternoon via Windy

Tropical Cyclone Gita is currently a Category 2 tropical cyclone East of Lord Howe Island in the Tasman Sea. Over the next 24 hours, the system is expected to maintain its strength, if not slightly intensify as it transitions into an extratropical cyclone (thats a cyclone which is transitioning into non-tropical waters) before it makes landfall over the Northern parts of the South Island later on Tuesday. 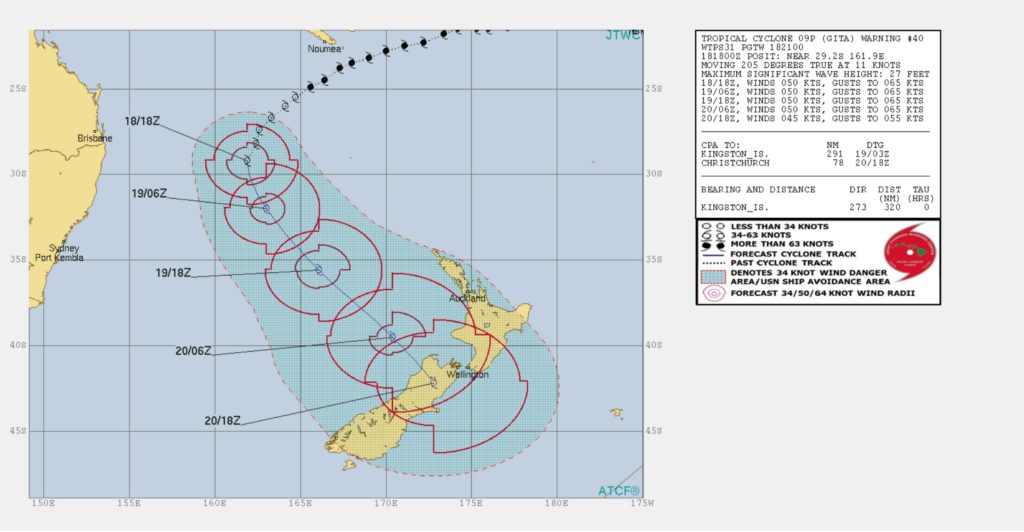 While this isn’t an overly dangerous system or as long lived, its still likely to cause widespread severe weather which could impact the daily lives of highly populated areas. It may also cause transit issues with trees down over roads, roads closed due to flooding and hazardous driving conditions. So its important to not be complacent with this system.