Typhoon Hagibis remains a very strong, powerful and dangerous system as it approaches Tokyo today (Saturday) and tomorrow (Sunday). Above image via Windy

Typhoon Hagibis has been an insanely powerful system. On October 5 and 6, Hagibis was over the open waters of the Western Pacific as a very mundane and weak, messy system. In a matter of only a few hours, it showed some of the most insane intensification you could imagine and that has been recorded – which made it become a strong super typhoon with high-end category 5 strength.

Since then, Haigibis has maintained super typhoon strength for the best part of 5 days which may come close to being a record. It also peaked at an official intensity of 260km/h sustained winds with gusts to around 330-340km/h however its believed that based on visual aspects of the system, it may have even been stronger between regulated updates and if plane recon was available then it could have been one of the strongest systems ever recorded. 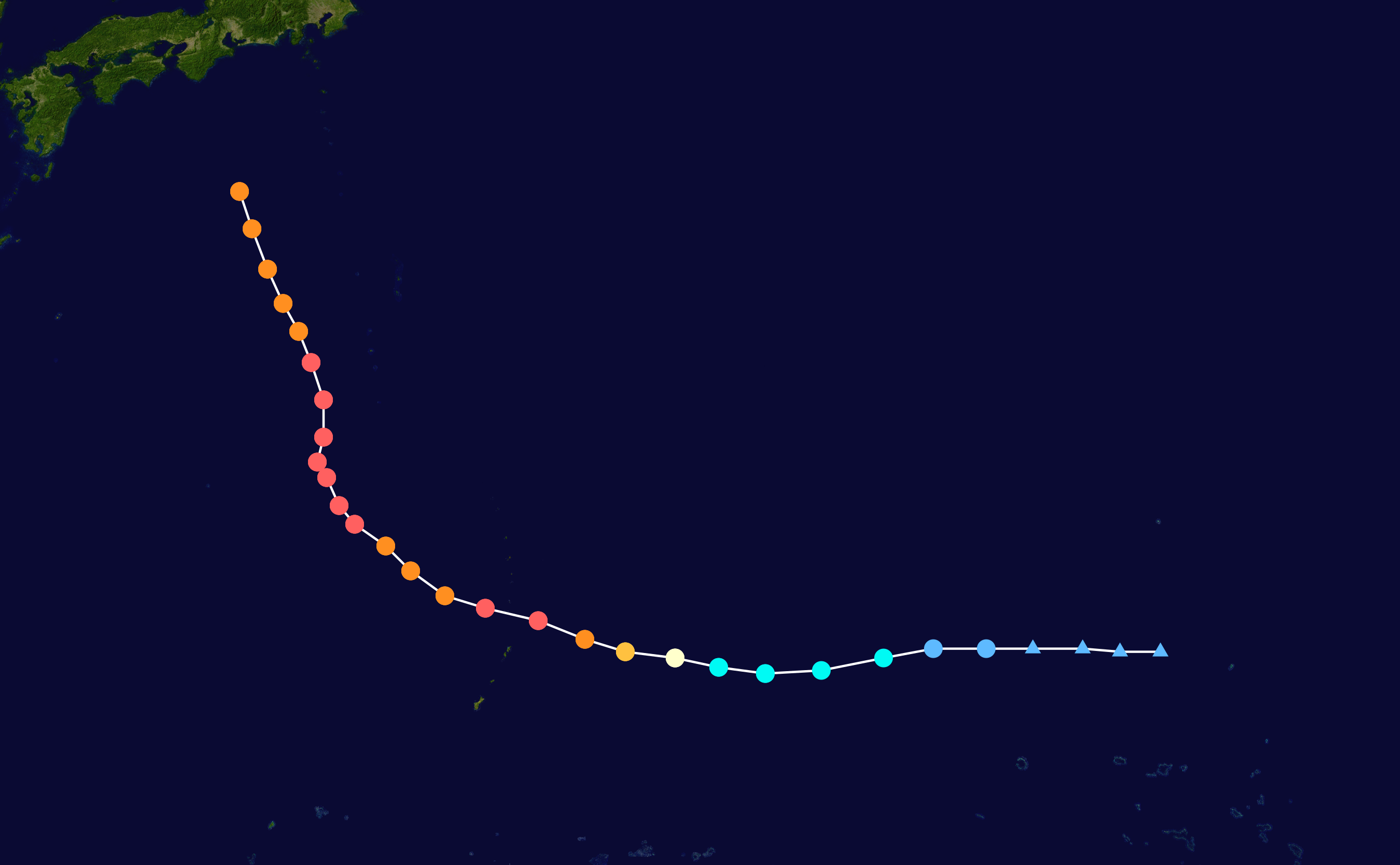 Over the past 12 hours, Hagibis has weakened back to category 4 strength and its expected to maintain a slow weakening pattern upon approach to Tokyo over the next 24 hours. The system is forecast to move directly over Tokyo as a Category 3 system with winds gusting to around 180-200km/h. This kind of wind strength over such a heavily populated and heavily built city is likely to cause heavy damage to buildings which will likely lead to a significant monetary damage bill along with significant power disruptions. Heavy rain is also likely however the worst flooding should be in the mountainous terrain as there system is quite fast moving now. Telecommunications are likely to be disrupted in Tokyo as well as surrounding areas, with many villages between Tokyo and the mountains likely to be cut off from debris and flooding as well. 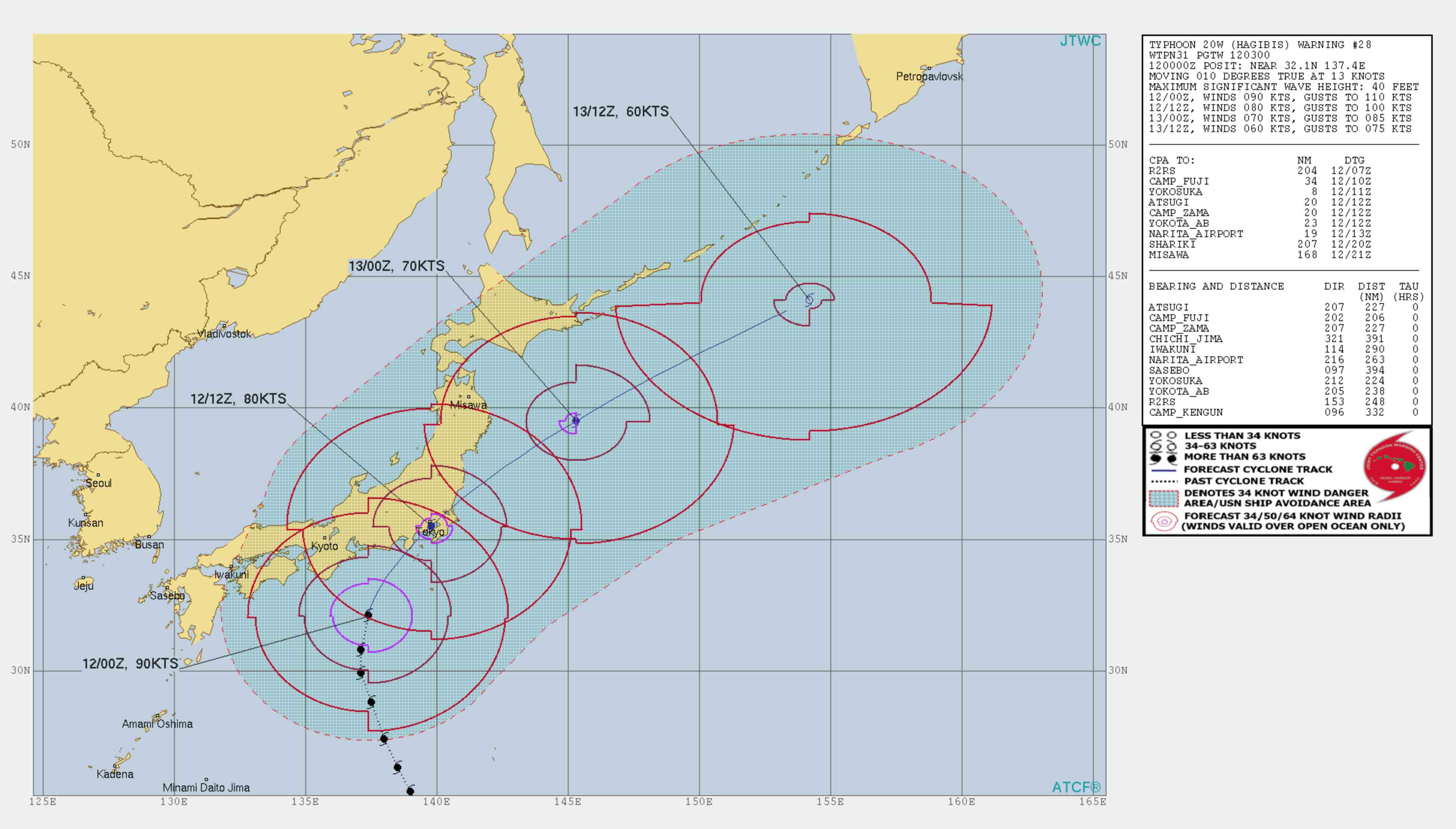 While the buildings themselves in Tokyo very well built for earthquake reasons – the force of the wind and debris flying through the air due to the close proximity of the typhoon will likely cause windows to blow out and some weaker structures to collapse which will then become a domino effect as that debris gets caught in the wind and impacts more structures. Its advised that anyone still in Tokyo listens to authorities about where to go and what to do as they will ensure safety is paramount. 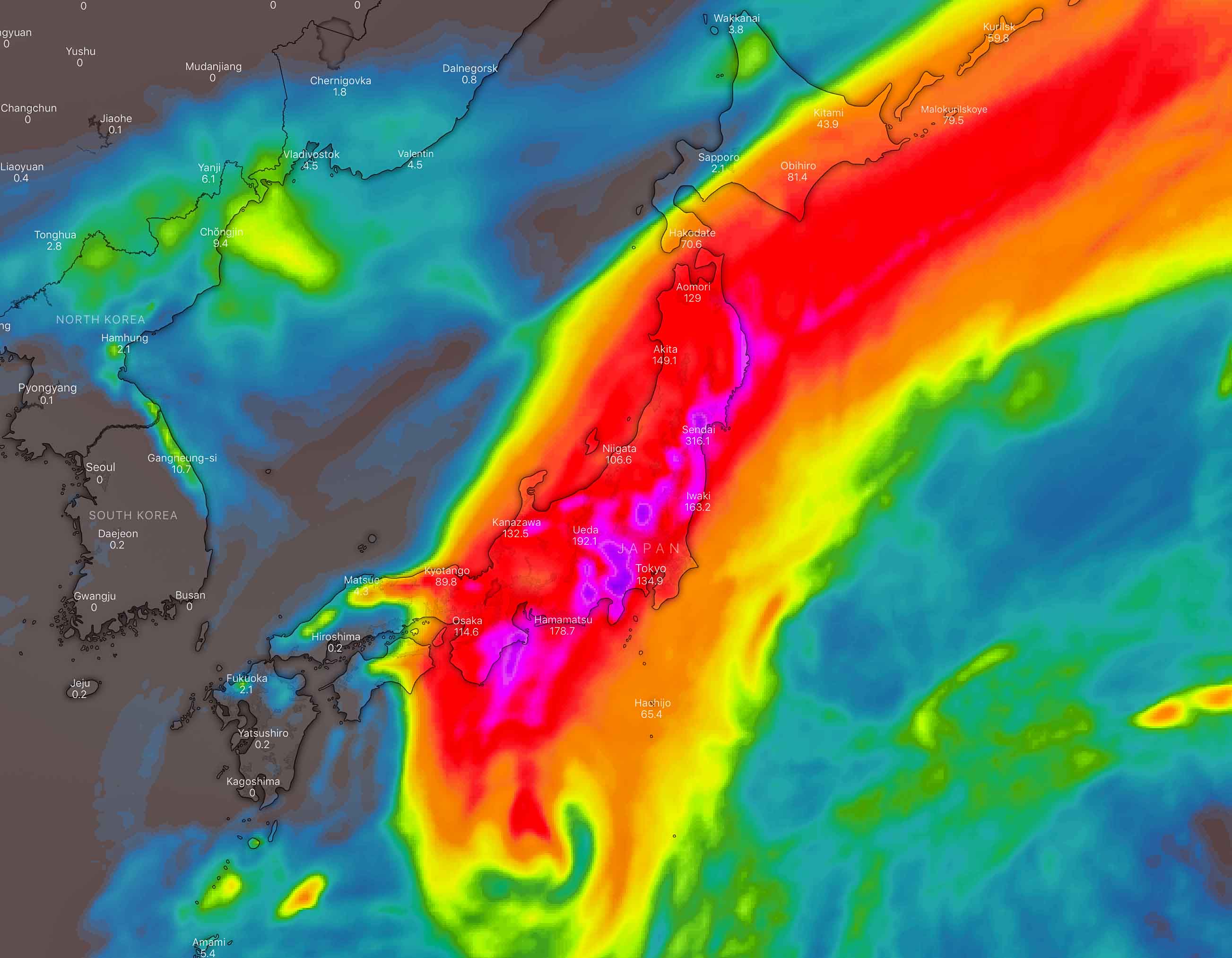