Posted at 15:40h in Weather Forecast by Thomas 0 Comments
0 Likes

A unique setup is expected to develop over Central NSW in relation to an East Coast Low developing, which will likely result in higher snowfall accumulations over the Central Tablelands and Blue Mountains than the Snowy Mountains including the risk of momentary blizzards.

A pool of cold air is expected to wrap around a developing East Coast Low, situated off the NSW Central Coast. This will cause the colder air aloft to wrap in over Central Inland and North Eastern NSW as it interacts with the ECL. Moisture from the ECL is expected to be pushed in over the Central Ranges and this combination will become favourable for snowfall to develop across the region. Below image: Maximum air temps Tuesday via WeatherWatch.net.au 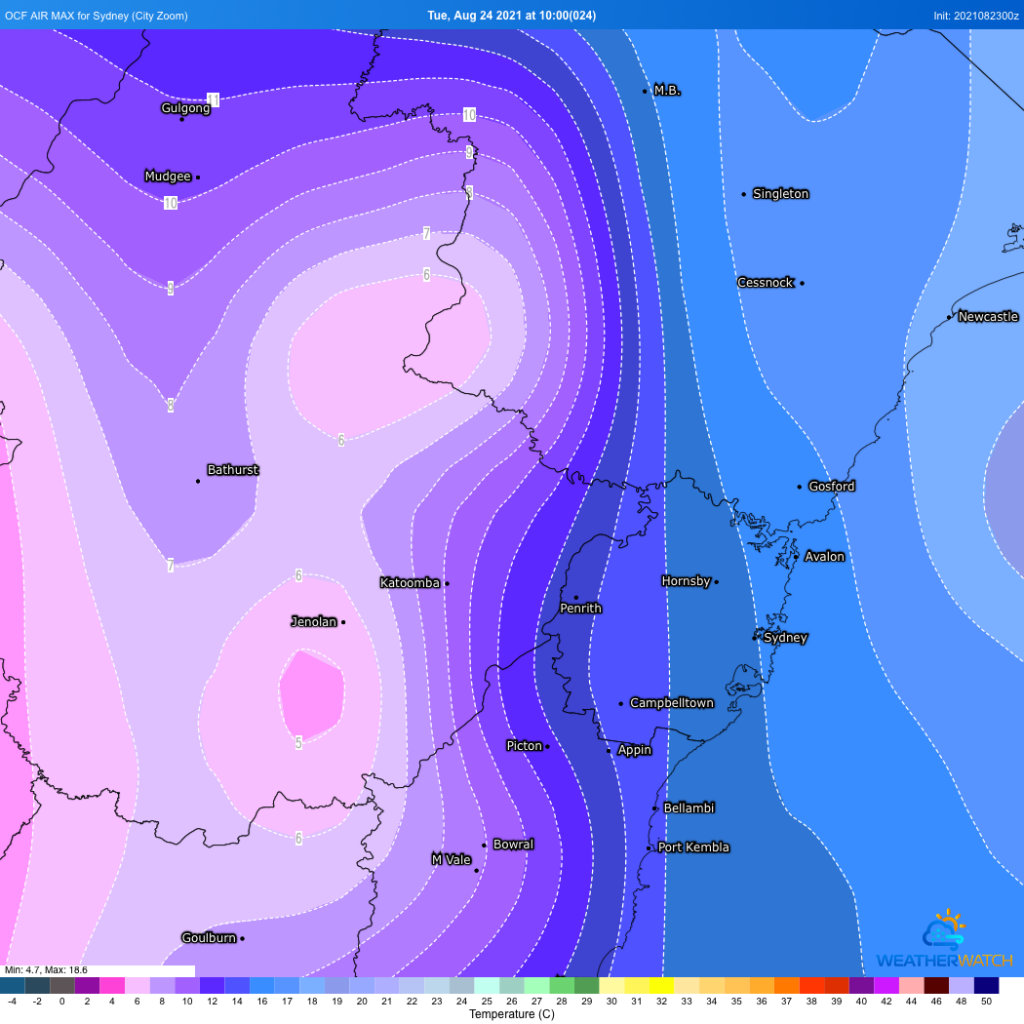 Snow is initially expected to develop overnight Monday into Tuesday, however some warmer air mixing down may prevent snowfall from being relentless. During Tuesday afternoon and into the early hours of Wednesday however, as surface temperatures drop – snow is expected to become relentless and is far more likely over the Blue Mountains and Eastern parts of the Central Tablelands than the typical Central Tablelands hotspots for snow. Falls of 15-25cm is expected across the Central Tablelands & Blue Mountains, with locally higher falls possible, compared to 10-20cm over the Snowy Mountains. In addition to the accumulations – most of this snowfall will likely fall over a 24hr period which is quite heavy for the region, as well as interacting with strong to damaging winds wrapping around the Western periphery of the ECL and combining with some katabatic potential to result in momentary blizzard conditions.
Below image: Snow via Windy.com