Queensland is about to get an early taste of the warm season with unseasonable heat surging across the State during the next week, peaking on Thursday where high fire dangers are likely. Above image: Maximums across QLD during Thursday via BSCH.

NB: This has NOTHING to do with the Sudden Stratospheric Warming. As stated in that blog located HERE –  we won’t feel any effects from late until Mid September at the earliest, and thats if that event even reaches Queensland or Australia for that matter.

A low moving high pressure system is expected to move North East across South Australia, New South Wales and become situated over Southern QLD during Monday and Tuesday. This system will extend a ridge across the entire State leading to widespread DRY and HOT conditions apart from Coastal areas from St Lawrence to Weipa where near normal maximums are expected. 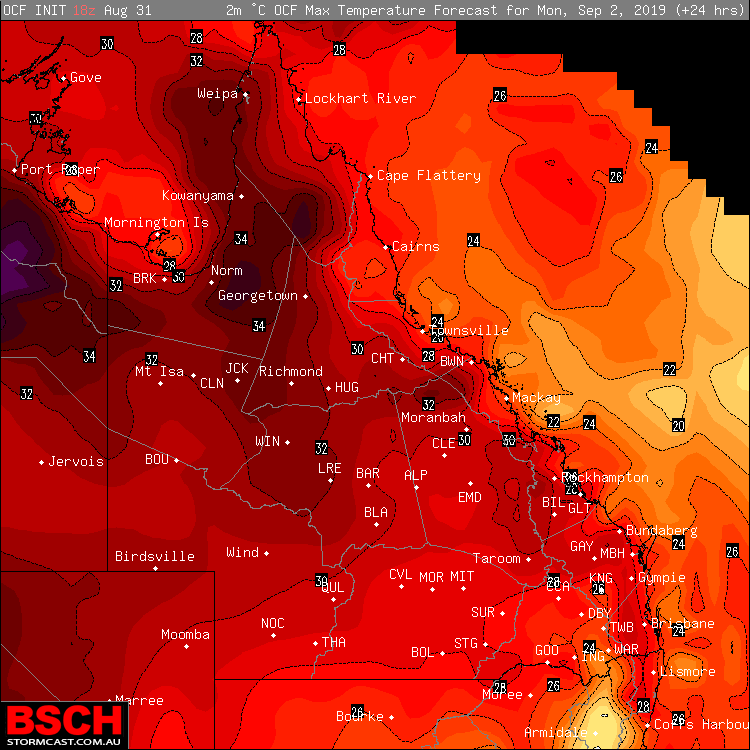 Forecast maximums across Queensland during Monday. Image via BSCH / OCF

Temperatures are forecast to peak during Wednesday, Thursday and Friday when winds start to veer more North to North Westerly across the State. This will direct increased heating across the entirety of Inland QLD as well as South Eastern districts and subsequently spread across the border into Northern parts of NSW. Despite a dramatic increase in daytime maximums occurring – clear skies and light winds from Monday to Wednesday will allow for cool mornings across Southern and South East QLD where morning frost is possible across the Darling Downs and Granite Belt – these minimums should gradually rise but only to around normal for September standards. 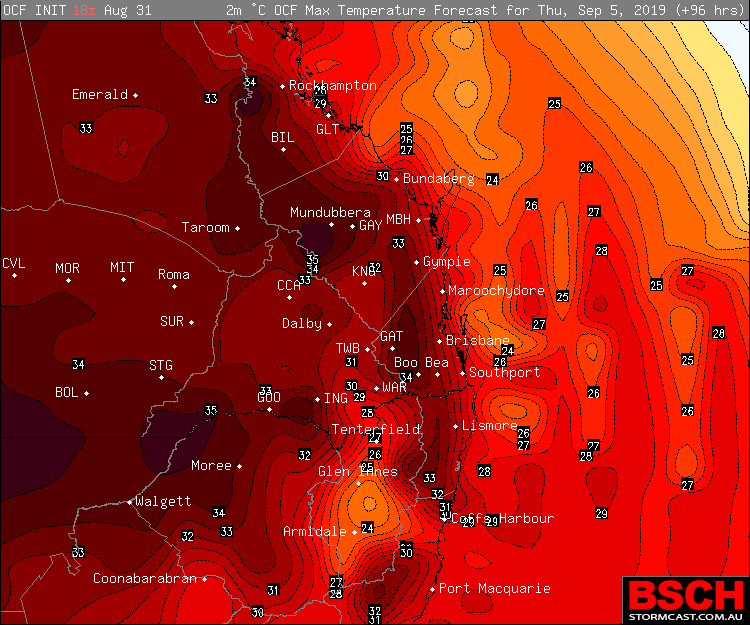 During Monday to Friday, maximums are expected to range around 6-10ºc above average for Inland QLD and South East areas, with locally higher anomalies possible. While this run of heat isn’t expected to break any records, that doesn’t make it normal either. Parts of the South East are expected to peak on Thursday with maximums around 35-36ºc, while Inland areas could see multiple days in the mid to possibly even high 30’s. During Thursday, winds are expected to dramatically increase across Southern, Central and South East QLD which will combine with high temperatures and low humidity to produce a dramatic increase in fire danger ratings. 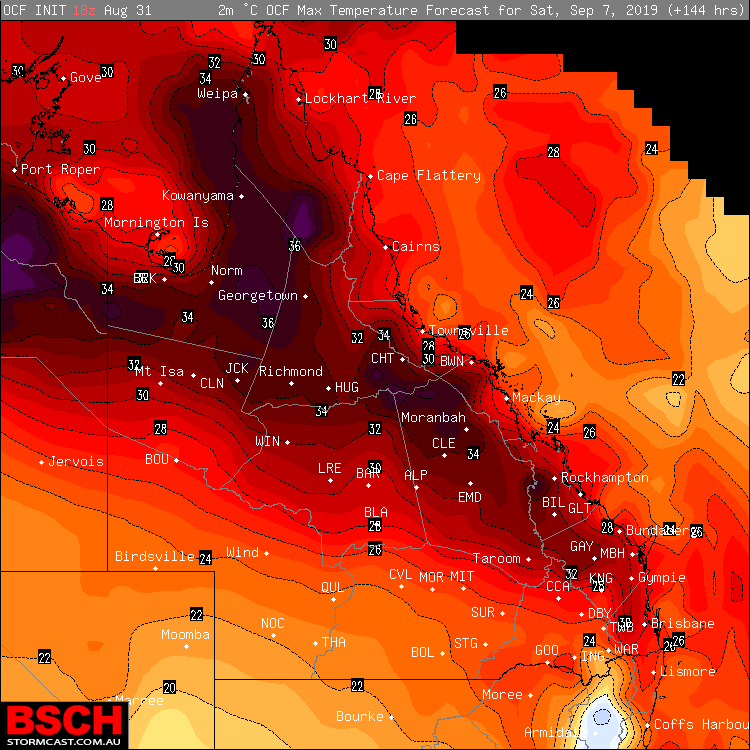 Forecast maximums across Queensland during Saturday sowing cooler conditions across Inland areas and hot conditions remaining over the East. Image via BSCH / OCF