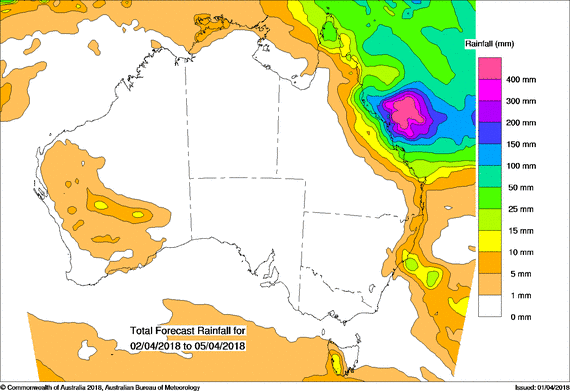 Models are chopping and changing non stop with rainfall predictions, but they are remaining confident on some heavy rain over the Central Coast and Whitsundays, as well as possibly over the Tropical North QLD Coast over the next 3 to 4 days. Above image via BOM.

Forecasting rainfall with tropical systems is one of the hardest things to do as the rainfall totals themselves can fluctuate greatly, and even a change in position of the system by less than 50km can significantly alter the totals. Iris is proving this theory, with a dramatic shift in rainfall totals over the past 12 to 24hrs (and its good for those who are holidaying in the area).

Global models have all come into agreement on Iris remaining a little more offshore than previously predicted. This also also meant her impacts (heavy rain, strong to damaging winds and large swell) are expected to remain confined to the Coast. It also looks like her impacts will last for a shorter amount of time and this has meant global models are now in agreement on falls between 100 and 200mm across the Central Coast and Whitsundays between Sarina and Bowen including Mackay, Proserpine and Airlie Beach and lighter falls of 50-100mm possible across areas between Bowen and Cairns with the odd higher total not ruled out. 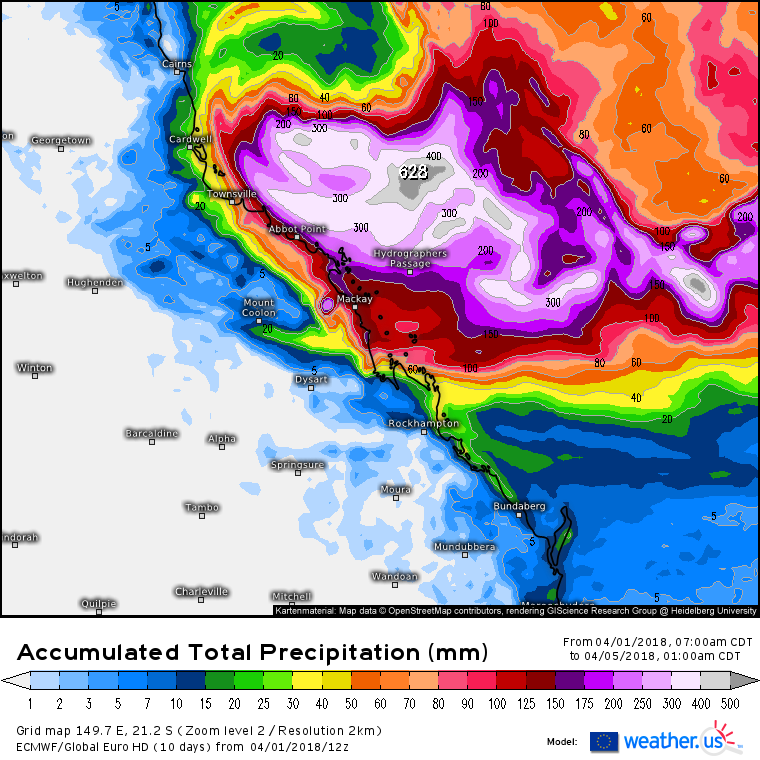 A flood watch does remain in place, with a severe weather warning for heavy rain and damaging winds. This reduction in rainfall shouldnt be taken as a complacency alert.. there is still the potential for significant 24hr falls between late Monday and early Tuesday which could lead to flash flooding as well as river and creek rises across the Whitsunday Coast. 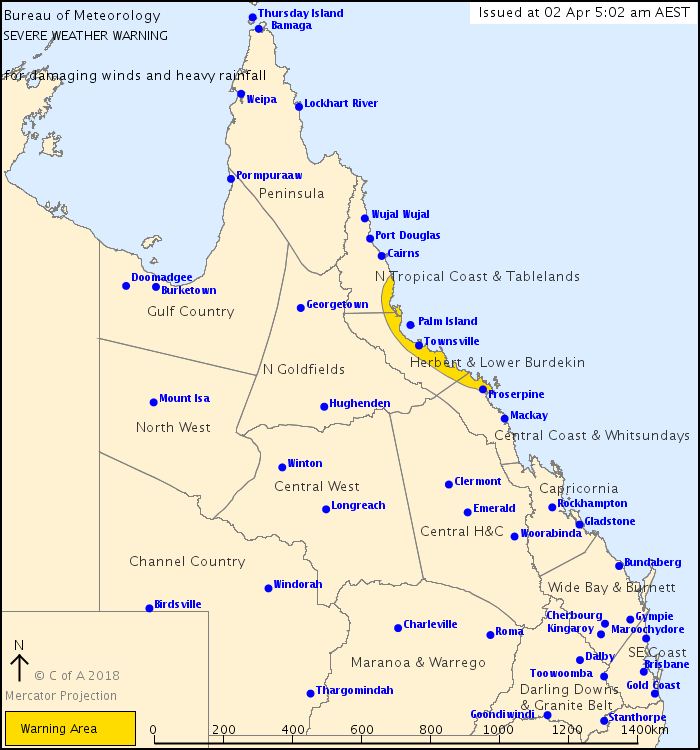