Models are in agreement that like always, South East QLD & North East NSW are expecting a wet Easter for 2019 as showers and rain periods are set to increase from Friday afternoon onwards across both areas, leading to some respectable 5-day totals. Above image: ECMWF 5-day Rainfall accumulation – orange = 50mm+ (GFS is in agreement).

Across the Eastern long weekend, models have come into agreement that starting later on Friday and lasting until at least Tuesday, an onshore flow is expected to deepen across the South East corner of QLD and North East corner of NSW. This onshore flow is likely to combine with some weak upper level support on both Friday and Saturday, before an Inland trough develops on Sunday and lasts until Tuesday to further compliment the system. While its not expected to be a continuous non-stop rain event. Good falls are expected to develop on Friday across both NENSW and SEQLD with Coastal areas may pick up 20-40mm overnight Friday into Saturday. Rain areas should then ease a little on Saturday, although some good falls are still expected over the Sunshine Coast to Hervey Bay region. 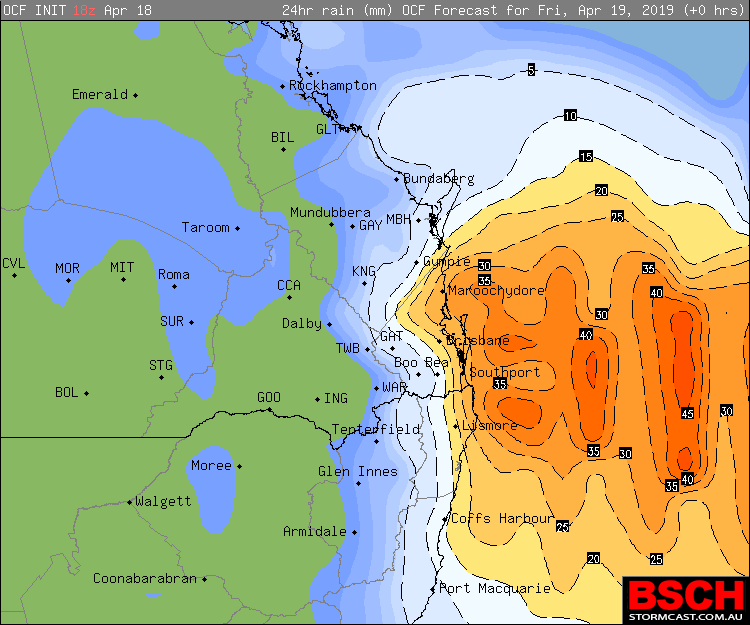 Forecast Rainfall across South East QLD & NENSW on Good Friday – activity is expected to develop later in the day and intensify overnight into Saturday. Image via BSCH

Sunday is expected to see just some isolated to “maybe” scattered light showers across both areas and these should continue into Monday where less than 10mm is expected for most areas across the 2 days. Tuesday is bouncing around a bit, with early indicators showing 50-100mm being possible over the Northern Rivers in NENSW, but that has since backed off to less than 10mm with the better falls of 25mm+ being over the South East QLD region once again (mostly North of Brisbane) – given Tuesday is still 5 days away, this part of the forecast is expected to change around a bit. 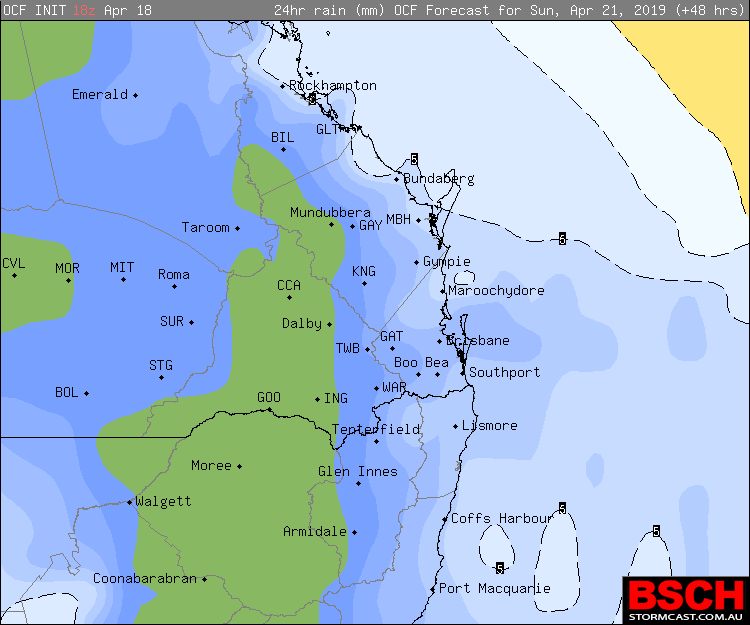 Across the 5 day period though, good falls of 50-80mm are expected across Coastal areas from about Hervey Bay down to Coffs Harbour. The better falls are likely over the Gympie to North Brisbane area as well as the Gold Coast Border Ranges and immediate surrounding areas. Unfortunately for those West of the Ranges, these good falls are expected to be confined to the Coast. Even Ipswich, Beaudesert, Boonah, Esk and surrounds are only going for 15-20mm across the 5 days. Toowoomba, Warwick, Stanthorpe, Kingaroy even less. There is an Inland system which is expected to develop over South West & Southern QLD on Sunday which may push through on Monday across the Darling Downs – but don’t expect a lot from this. 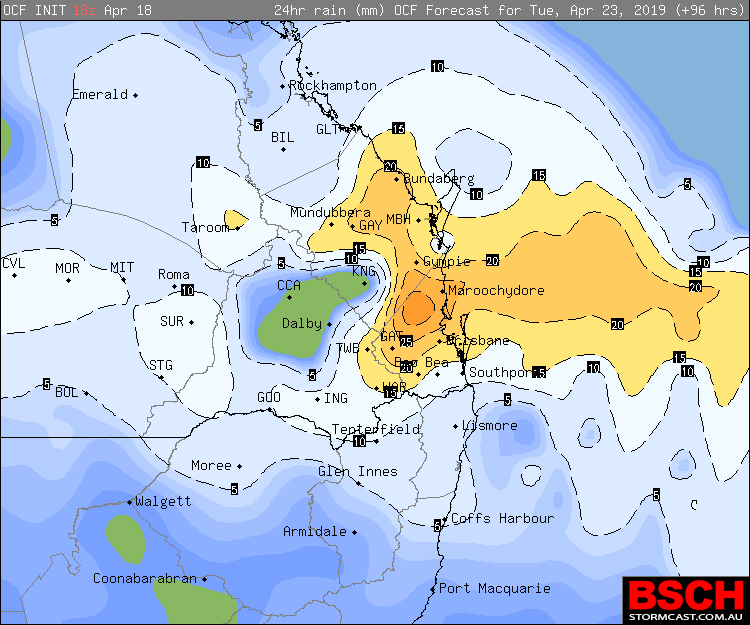