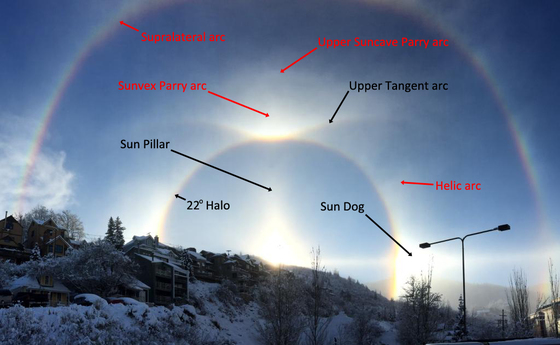 Posted at 02:41h in Weather Education by Thomas 0 Comments
3 Likes

22 degree halo’s, or what they are more commonly described as… sun / moon halo, are much more common than people realise and also spark interest when they appear. 22 degree halo’s are optical phenomenons which is derived from the family of ice crystal halos. They form a ring around both the sun and moon at a radius of approximately 22º from either one. While its occurrence with the sun is typically just called a sun halo, the moon version can also be called a winter halo (as well as a moon halo) due to the more likely time for it to occur at night is during winter.

22 degree halo’s typically form from the sun or moon refracting light into millions of minuscule, tiny hexagonal shaped crystals floating in the upper atmosphere. While they generally will only ever occur on fine days or clear nights, the presence of some cloud cover (mostly cirrostratus cloud) can help indicate the presence of a halo. Even if the sky appears completely clear, cirrostratus cloud can be so fine and thin that the simple art of seeing a halo resembles the presence of the cloud. 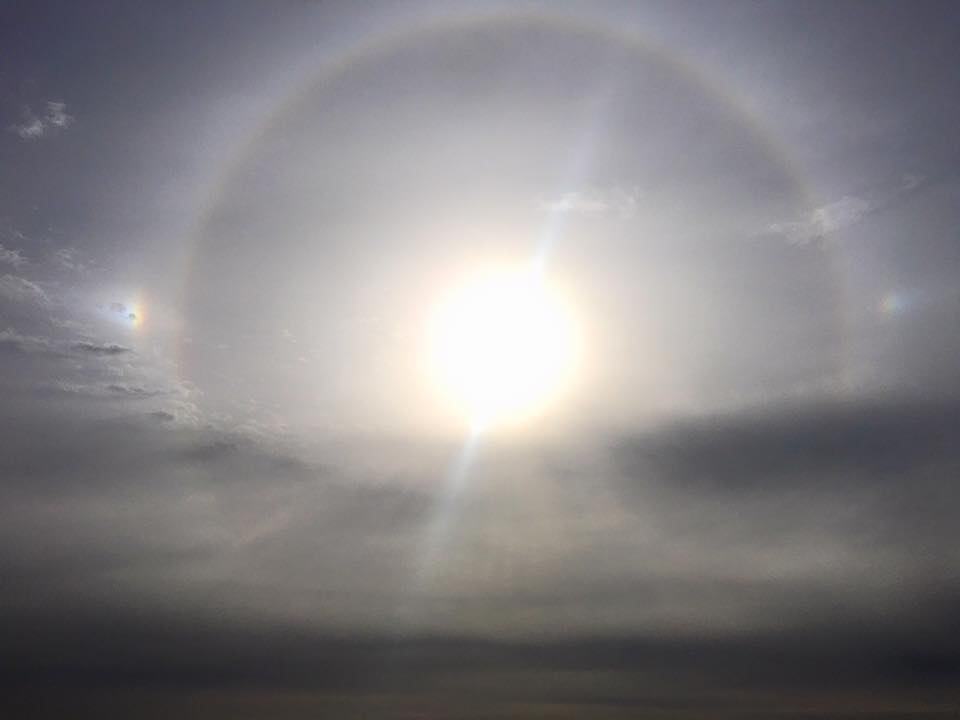 Sun halo captured over the Sunshine Coast by Jeff Higgins

Despite it being one of the most common types of halo (occurring up to 100 times a year), the ironic thing is, its a circular halo shape which is created and solely responsible by hexagonal ice crystals. The exact shape of these ice crystals is still debatable, even to this day, but scientists for now believe they are most likely hexagonal and the prism shape of them is what helps bend the light. The other conclusion which is possible is bullet-shaped clusters of ice crystals… but the exact shape isn’t really necessary for us at this stage, the end process is that its still light refracting through ice crystals.

While the conditions typically occur during calm, peaceful conditions… the visualisation of the phenomenon, especially with moon halos is linked to the approach of worsening weather over the next few days. In saying that, it is loosely linked and somewhat unreliable.

Moon halo captured over Newcastle in 2015 by Rochelle Buckton