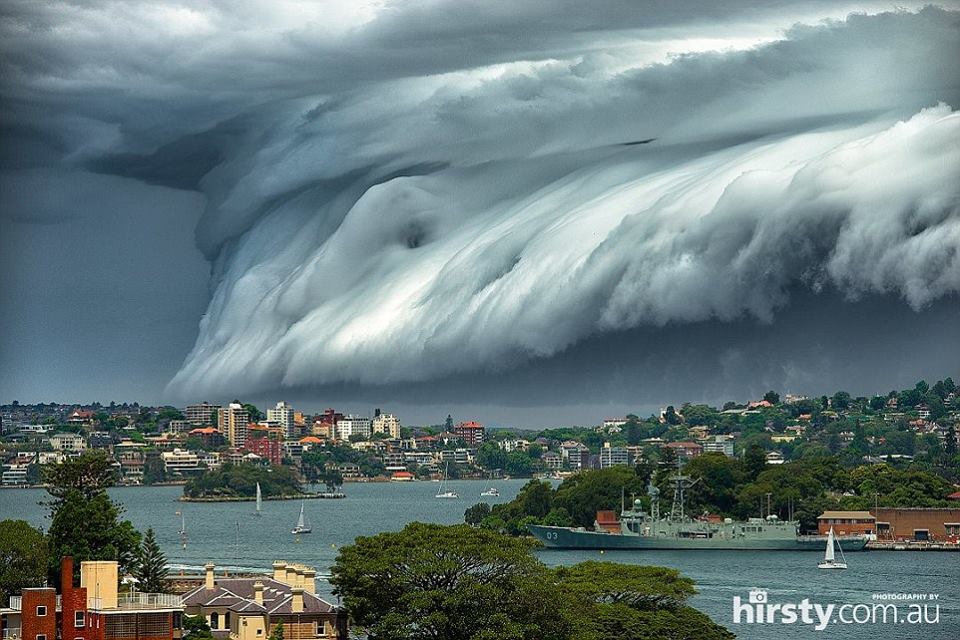 Posted at 13:54h in Weather Education by Thomas 0 Comments
1 Like

Arcus clouds are some of the most photogenic clouds to capture and quite commonly occur across Australia, especially during the months of September to May where the majority of the thunderstorm season occurs. Why this time? because during these months, thunderstorms produce spectacular shelf clouds on their leading edge while cool changes moving up the East Coast of Australia can often enough produce roll clouds. There is also a few types of roll cloud which are special in their own unique way – one is called a Morning Glory Cloud.

What are ‘Arcus’ Clouds (Shelf Cloud)?
Arcus clouds are essentially low, horizontal cloud formations and they usually appear as an accessory to thunderstorm activity when the thunderstorm becomes what we call, outflow dominant (this is when we call them a shelf cloud). The winds within the storm become outflow orientated and as these cooler winds collide with the warmer air outside of the thunderstorm, it creates a motion along that boundary which produces most typically a shelf cloud.

Some very dramatic and incredibly photogenic shelf clouds occur on the leading edge of a derecho which is a dangerous line of storms which is typically wind-oriented. Cold fronts and gust fronts also can show magnificent shelf clouds, along with supercell thunderstorms. These are the typical pinnacles for shelf cloud photography and viewing due to how defined the line is, it can literally go from clear to stormy doom in a matter of metres.

While shelf clouds themselves are relatively harmless, its whats behind that they are essentially shielding back from you that is the concern. The types of thunderstorms that typically occur with prominent shelf clouds are those of severe potential. 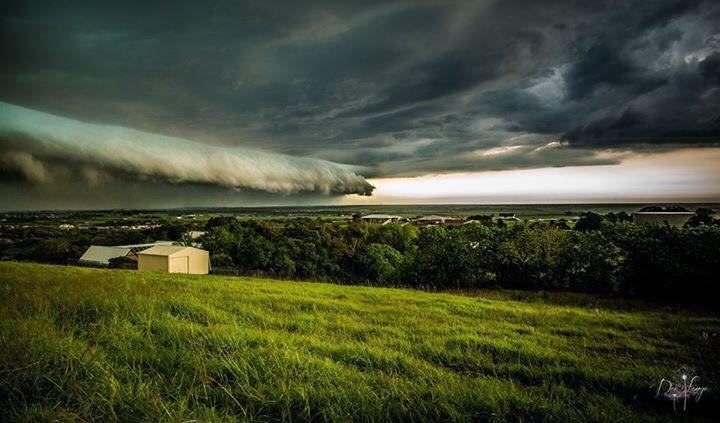 Impressive shelf cloud on the leading edge of a HP Supercell near Bundaberg, November 2017 via Dee Lange

What are ‘Arcus’ Clouds (Roll Cloud)?
As stated above, arcus clouds are essentially low, horizontal cloud formations.. when it comes to roll clouds though, they’re a little more tame when it comparing to shelf clouds, they can however be just as if not more photogenic. Roll clouds are low (sometimes very low) horizontal, tube shaped clouds. They differ from shelf clouds in that roll clouds are usually singular and by themselves.

The roll clouds are named as so due to their appearance, it looks like they’re rolling across the sky. They are likened to a solitary wave called a soliton. A soliton is when only one single crest occurs and the wave doesnt change shape or speed. Due to the dynamics surrounding the formation of roll clouds, its rare for them to change shape or speed. Strong winds usually do accompany them as they move through, but otherwise they are relatively dame and very rarely produce weather warnings.

One of the most fascinating types of roll clouds is the infamous ‘Morning Glory’ cloud which is incredibly rare, in fact the only place in the world that one occurs annually is over the Gulf of Carpentaria in Northern QLD. 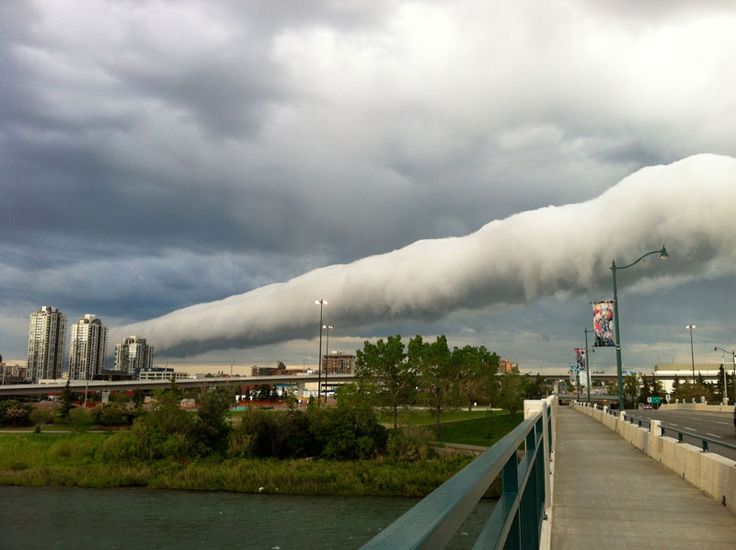 Roll Cloud captured over Alberta Canada during a cool change