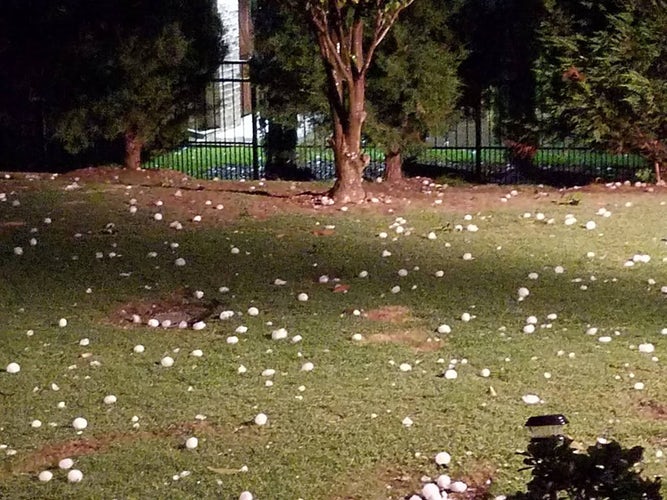 Posted at 00:03h in Weather Education by Thomas 0 Comments
0 Likes

Its a common conspiracy that hailstones or hailstorms cant occur at night. Why this conspiracy has come about is unsure, it could be from the lack of hailstones people see, who knows… But this will answer that question and explain a bit about it. 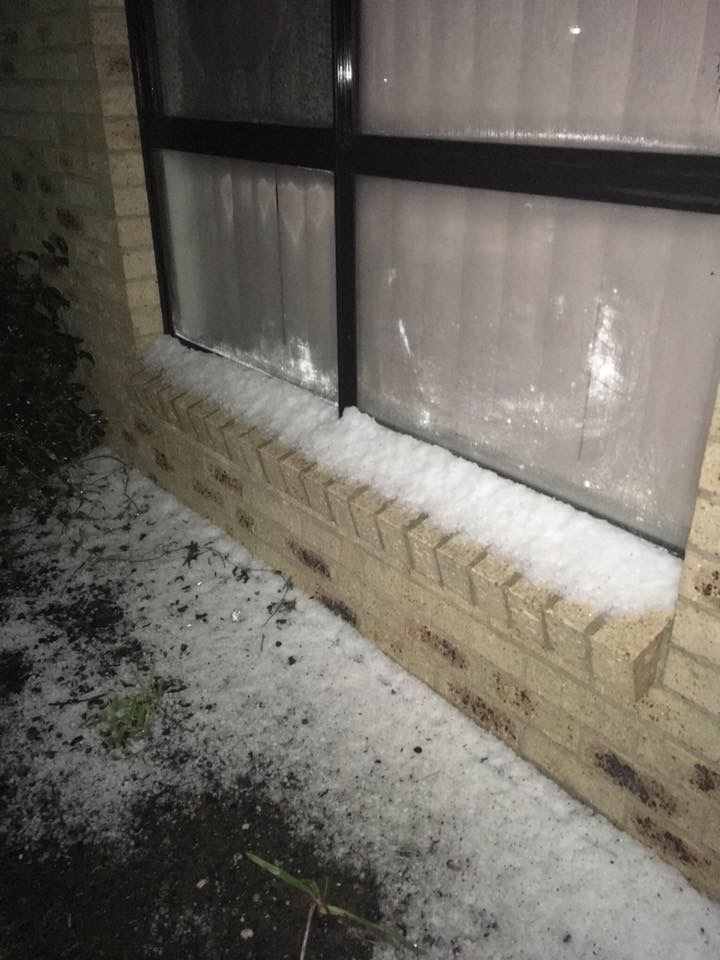 Hail hitting Inverell after dark in October 2017 via Ali Marree

The short answer is yes. Hail does without a doubt occur at night. I myself have chased several hailstorms after dark in Australia, and countless ones in the States – where I have even been under tornado warned Supercells at 2am which were warned for tennis to softball size hail! So from my own personal account (Thomas) I can assure you, hail does occur at night. That along with the thousands upon thousands of images and videos sent into Higgins Storm Chasing each year showing hail at night.

Its a bit of a mystery as to why people believe it doesn’t happen, but there is some science which can support people’s beliefs to a degree, but also explain the hail production process. 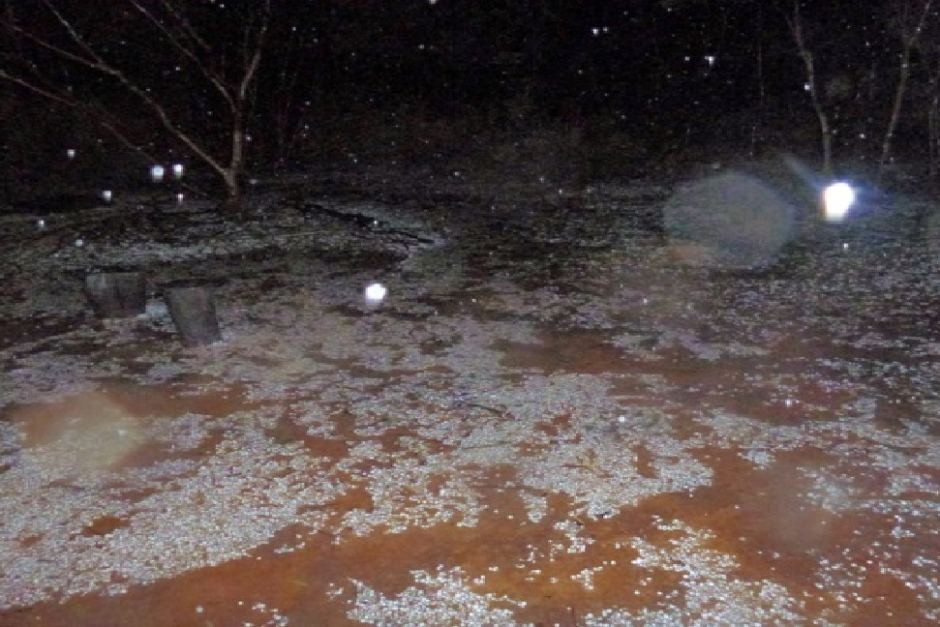 Hail occurs as water droplets are suspended above the freezing line, within the thunderstorm’s updraft. As time progresses, these water droplets freeze and as time continues… the stones grow bigger and bigger until the updraft’s strength can no longer maintain the weight of the stone. Thats when they fall down to Earth. A key characteristic of a thunderstorms updraft though is heating.. heat and humidity are key ingredients in making thunderstorms, however once the sun drops below the horizon… that heating element soon becomes non-existent and thunderstorms require other means to replace that heating process. The less heat, the weaker the updraft strength and overall cloud height. The lower the clouds, the smaller the area is below freezing (0ºc) within the thunderstorms updraft. The smaller the area, the less hail potential there is. So to a degree, some people may be thinking along those lines and while there is some merit in that argument… Hail (and large hail for that matter) does still occur. The thing is, day and night really have nothing to do with hail… hail is solely reliant on the updraft strength of a thunderstorm and the freezing potential within that thunderstorm (or the energy within the frozen air) – as long as those attributes are occurring, then there is no reason hail cant occur, especially within severe thunderstorms. 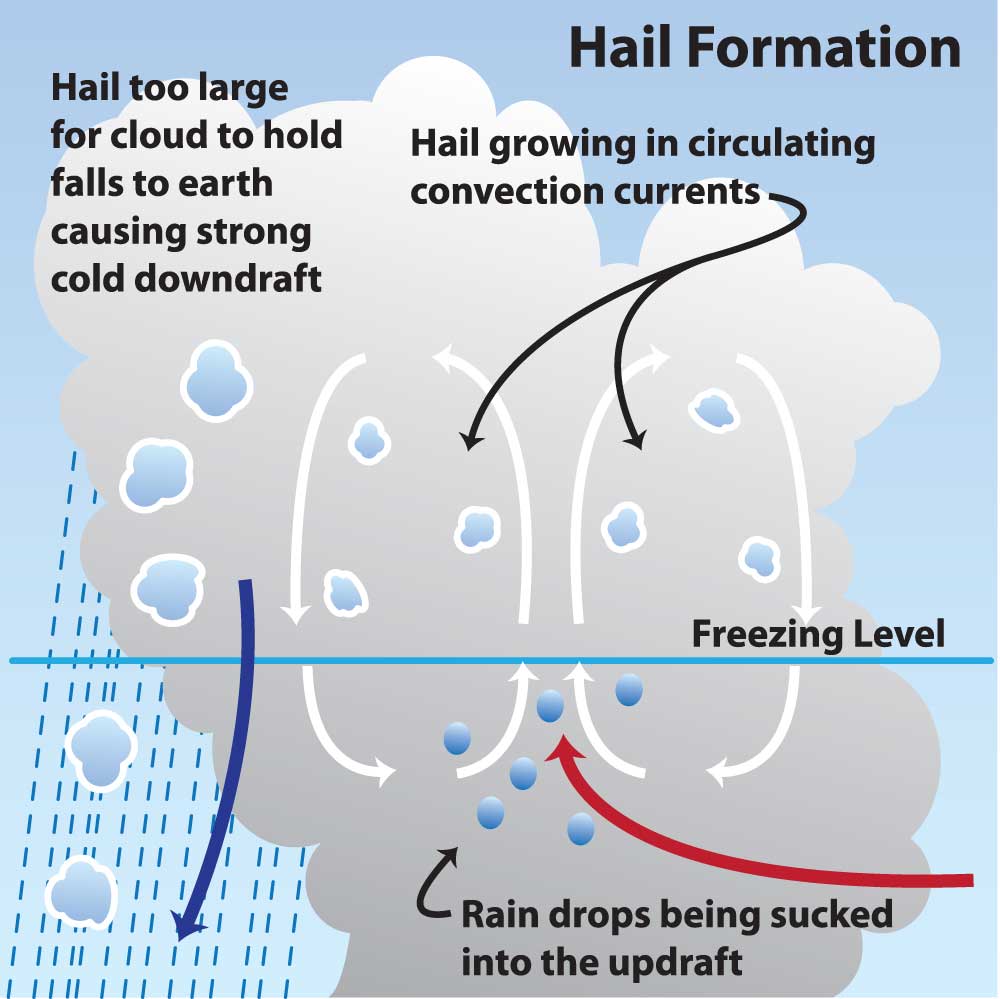 Illustration of how hail forms via NOAA